After the Rotorway helicopters that were first registered in New Zealand in 1982 (Exec) and 1983 (Scorpion Too), the next type of Light Sport helicopter to be registered here (in January 1996) was the Elisport CH 7 Angel.  This was a very light single seat helicopter that had been developed from the Cicare CH 6 which was designed in Argentina by Augusto Cicare and he entered into a relationship with Elisport Helicopters of Turin in Italy to develop and market the machine.  Cicare's CH 6 had an open cockpit so Elisport commissioned Marcello Gandini to style the CH 7 with Italian flair (He was responsible for the styling of the Lamborgini Countach).  The result was a nicely shaped bubble with an unobstructed flexible clear plastic canopy that opened forwards.  The tail boom was an alloy tube and the main airframe was of welded 4130 steel tube that was gas filled and the gas pressure was monitored to give an indication if a crack appeared in the structure.  The rotor blades are of lightweight composite construction with lead weights in the tips, and the Angel is powered by a 65 HP Rotax 582 two stroke engine.

We have had only one Elisport CH 7 Angel in New Zealand but it did not have a very happy life.  I am not sure if it was built from a kit or imported fully built. 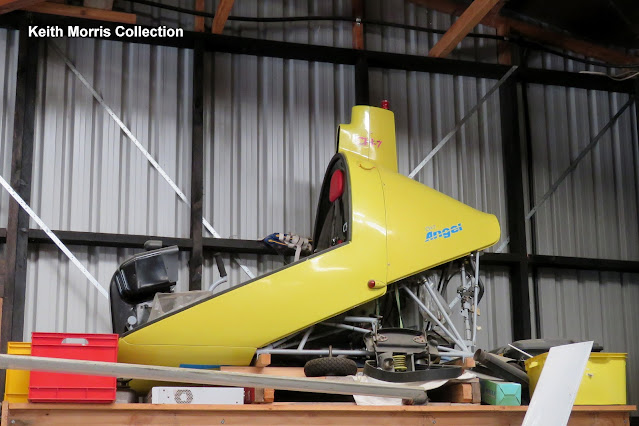 ZK-HOC2 (c/n 034) was registered to R I W Simpson of Takapuna in 19/1/96.  I do not know if it ever flew as such, but it was damaged in a road accident, presumably while being trailered, and it was cancelled on 11/11/97.
It was then rebuilt and re-registered as ZK-HOU3 and registered to Simon P Clark of Auckland on 9/2/00.  Then it was damaged in a rollover accident when its engine failed while hover taxying at Ardmore on 25/7/03 and it was finally cancelled from the register on 7/12/05.  Its reamins are photo'd above at Tim Pike's workshop at Waimauku on 26/3/22.
To give an idea of what the CH 7 Angel would have looked like I will attach a file photo below: 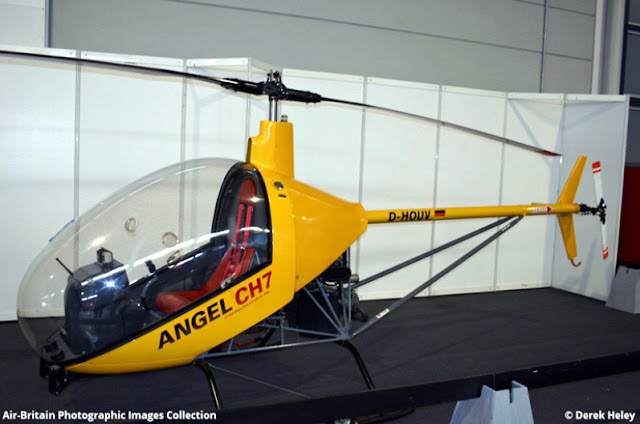 If anyone has a photo of ZK-HOC2 or ZK-HOU3 please send it in so we can share it.