The Hawera Aero Club held a lunch flyin today, and around 70 visiting aircraft turned up along with Jordan Elvy and Simon Hills.  Most of the aircraft have been covered on the blog previously but one that stood out for me was Brad Raven's Cessna 170B ZK-JCG3 which is based at the Norfolk Road airstrip near Inglewood: 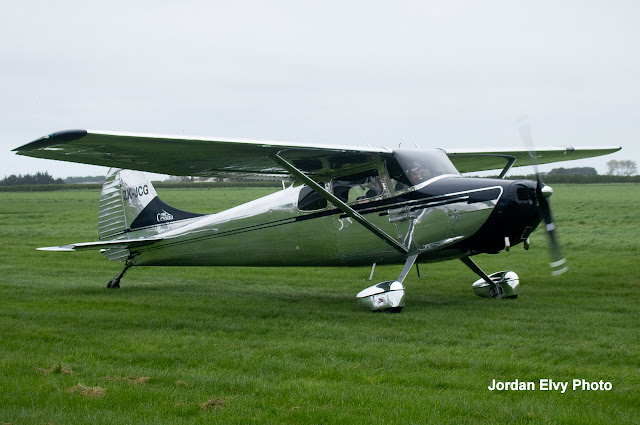 ZK-JCG3 (c/n 20357) was built as N2205D, then it emigrated to Australia where is was VH-YAR and VH-WRT4.  It arrived at Ardmore in August 2019 for Jim Gemmell of Whitianga and ownership transferred to Brad Raven on 13/1/22.  It has now acquired a period Cessna scheme and really looks the part!  Brad Raven also owns another Cessna 170 - the 170B ZK-OCC.
Thanks for the photo Jordan.