Tim Harrison looked at the weather forecast a few days ago, and reckoned that it would be good for a flight down to Waihi Beach yesterday for lunch at the Surf Shack, which is right on the airfield boundary. So around 11am a couple of aircraft left Kaipara Flats airfield headed for Waihi Beach: 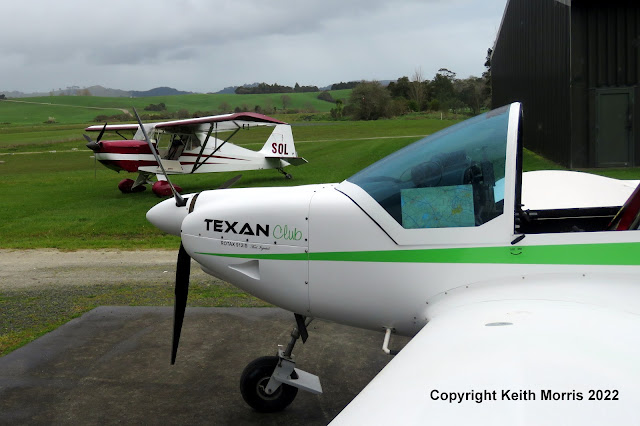 Leaving Kaipara Flats in somewhat murky conditions.  Martin Farrand in his Fisher Dakota Hawk was heading to Whanagarei in the murk while we were heading South into a nicer looking sky. 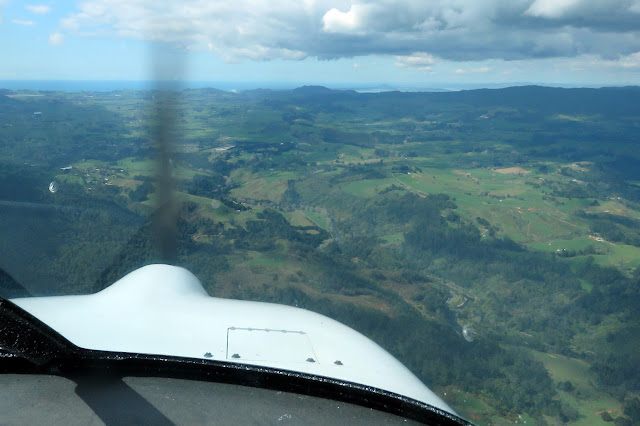 The Karangahape Gorge down there does not look so imposing from 2,000 feet. 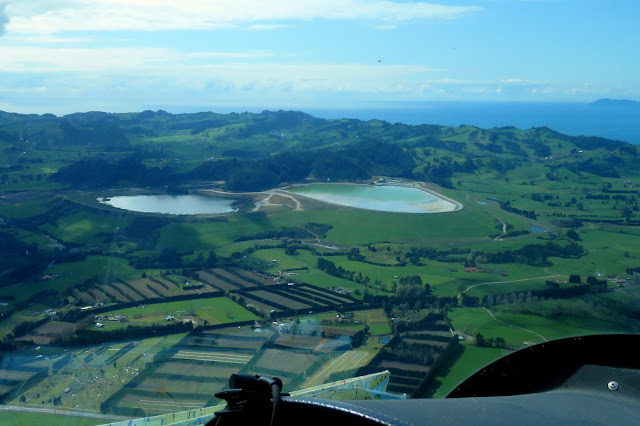 Past the big ponds that are part of the Waihi gold mining operations there. 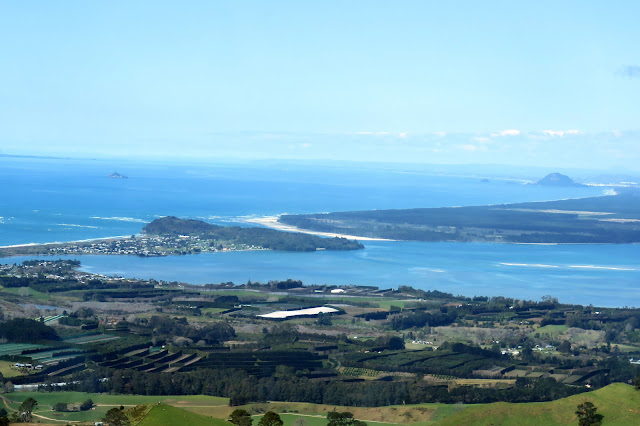 And on to the vista of the Bay of Plenty coast with Bowentown and the Northern entrance to Tauranga Harbour, and the cone of Mt Maunganui in the distance. 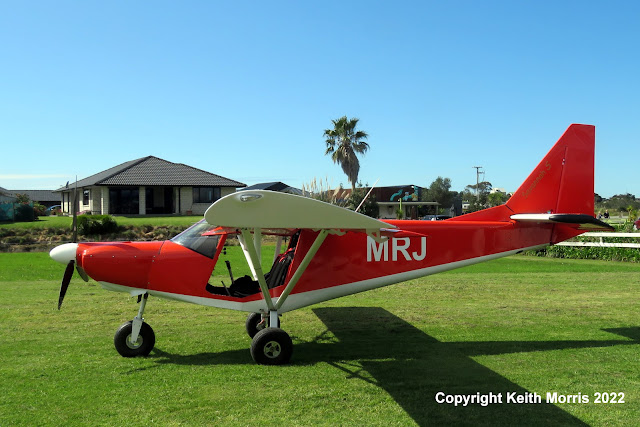 While we were there Rob Swanney pulled his Savannah S ZK-MRJ out of the hangar. 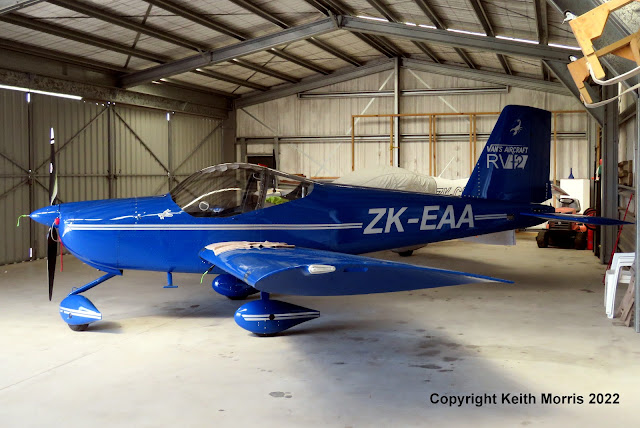 And in the hangar RV 12 ZK-EAA2 now has the standard RV 12 script on the tail. Then after lunch Darren and Tim headed back home to Kaipara Flats. 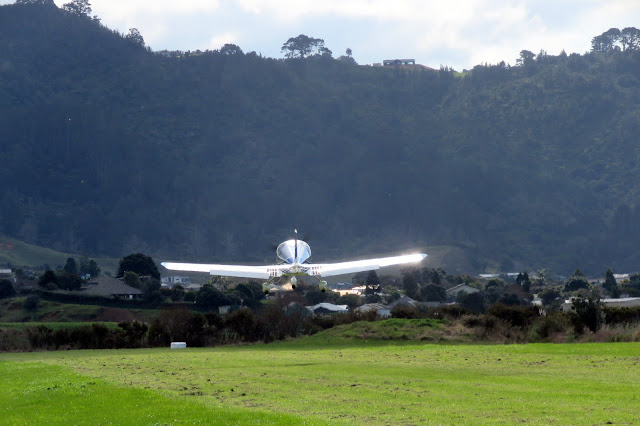 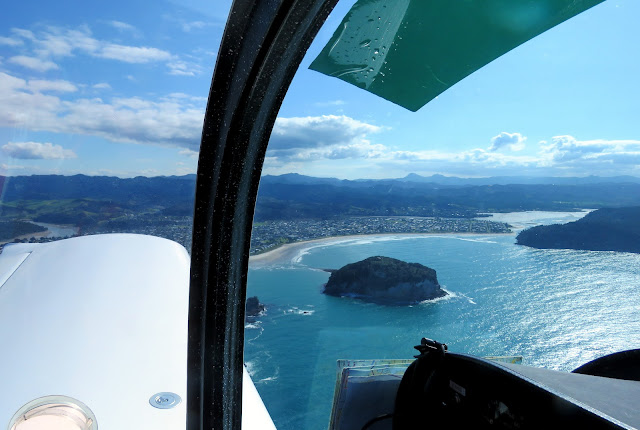 While we also headed North, up the Eastern coastline of the Coromandel, here passing Whangamata. 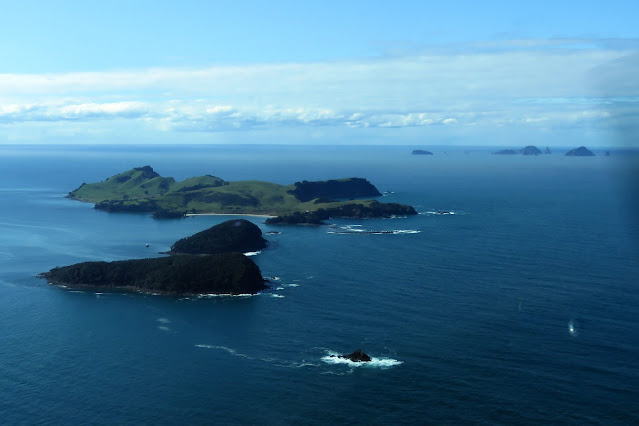 Slipper Island in the middle distance with the Alderman Islands in the background.  There is an airstrip on Slipper Island. 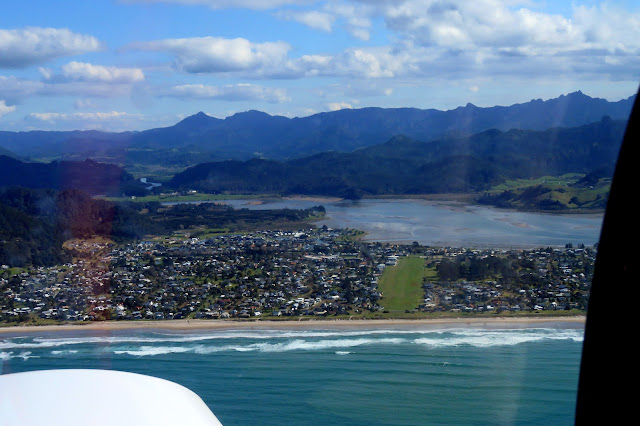 Pauanui airfield is surrounded by housing.  Behind is the estuary and the rugged spine of the peninsula. 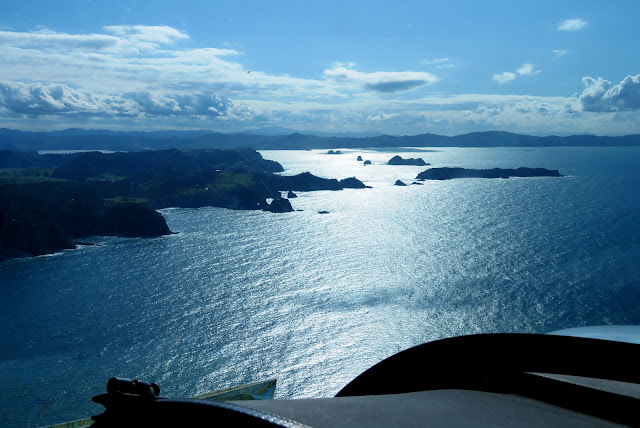 Heading towards Mercury Bay into the sun reflecting off a calm sea. 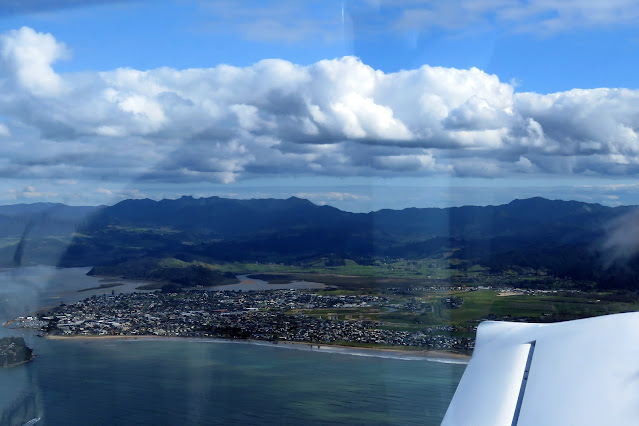 Looking back at Whitianga with the airfield in the middle distance off the trailing edge of the wingtip (click on the photo to enlarge it). 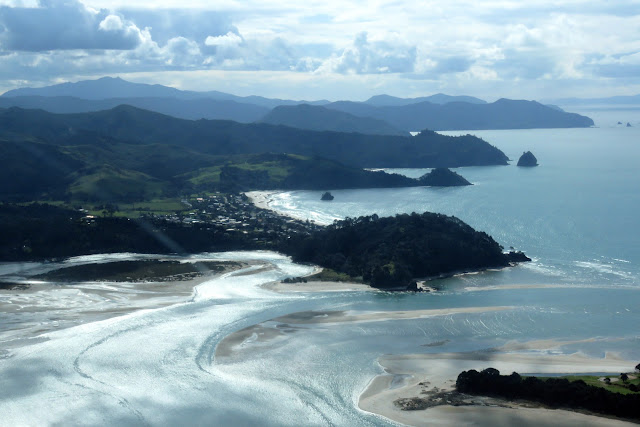 North of Whitianga is Whangapoua up ahead And from about the same point looking back at Matarangi with the golf course in the foreground. 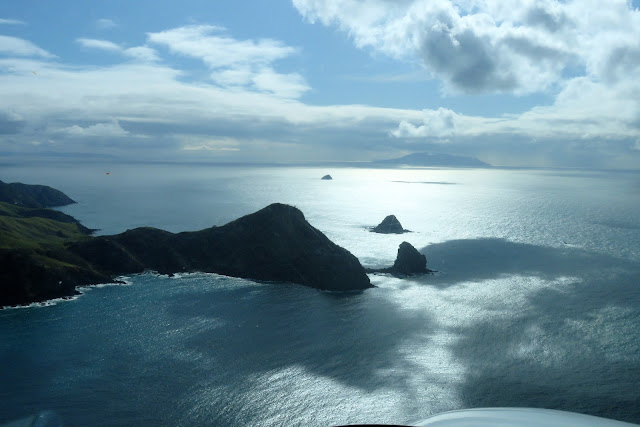 Nearing the top of the Coromandel with Little Barrier Island in the distance. Looking back at Port Jackson at the top of the Coromandel Peninsula. 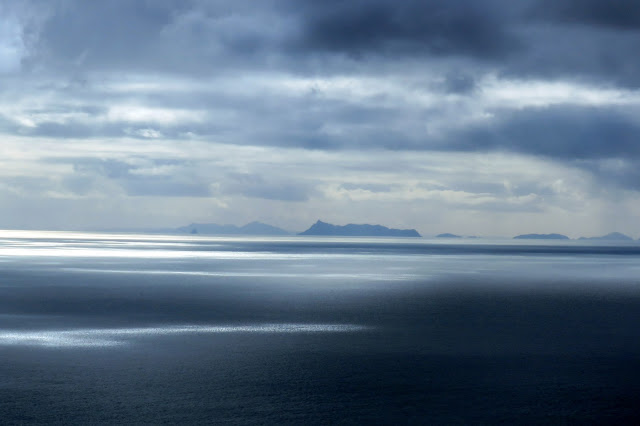 Then heading home over the silvery sea with Hen Island from the Hen and Chickens in the distance and Whangarei Heads in behind.
Thanks for a great day Brien!
Posted by Sir Minty at 11:21