Saturday brought a number of interesting visitors to Pauanui including over from Te Awamutu the 1966 model Piper PA32-260 Cherokee Six ZK-DHG.   This was originally imported from French Oceania in 1972 and has been with its current owner since 1984. 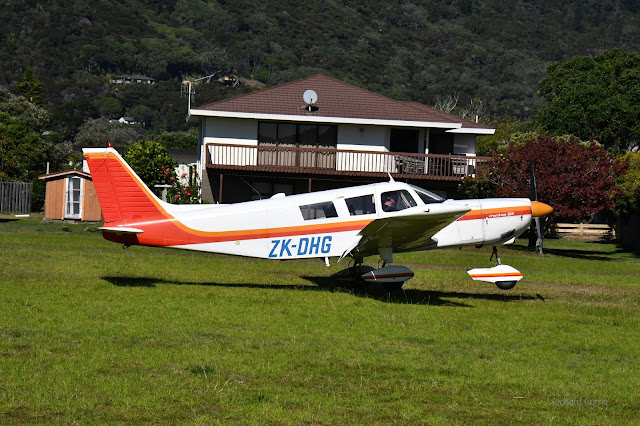 Locally based on a farm near Hikuai is Robinson R22 Beta II ZK-HOU6.  Originally imported new in 2001 it has gone through 3 previous ZK registrations before adopting HOU with its current owner in 2014. 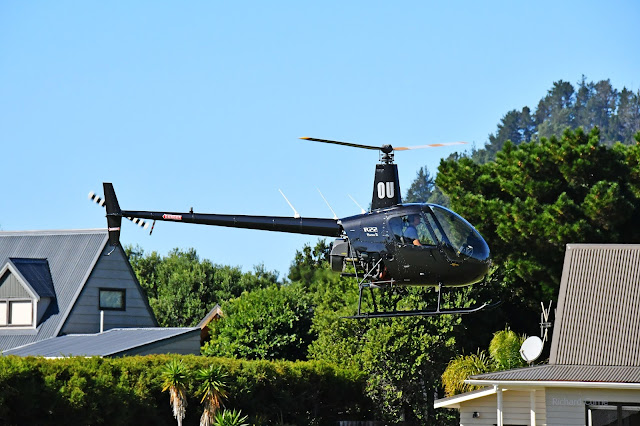