The weather this morning was better than it had been for a few days so I popped out to Kaipara Flats airfield to continue with a bit of fettling on my D 9 (actually I could have done it in any weather but it is nice to do the work with sun shining into the hangar).  When I arrived there was plenty going on and there was a new visitor that I had not seen at NZKF before: 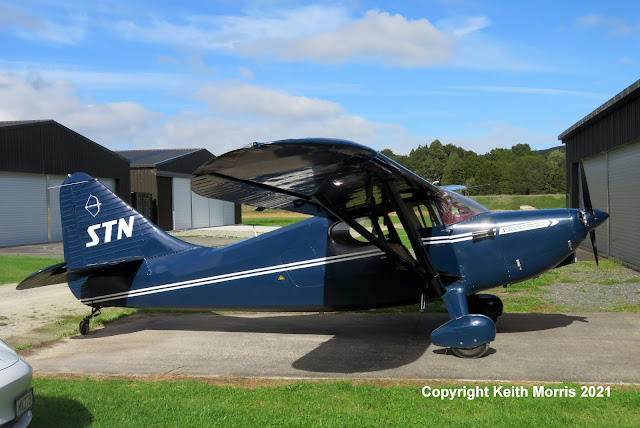 Alan Coubray had flown across from Whitianga in his newly acquired Stinson 108-3 Flying Staion Wagon ZK-STN, that Alan told me was a 1948 model.  It still looks good after 73 years! 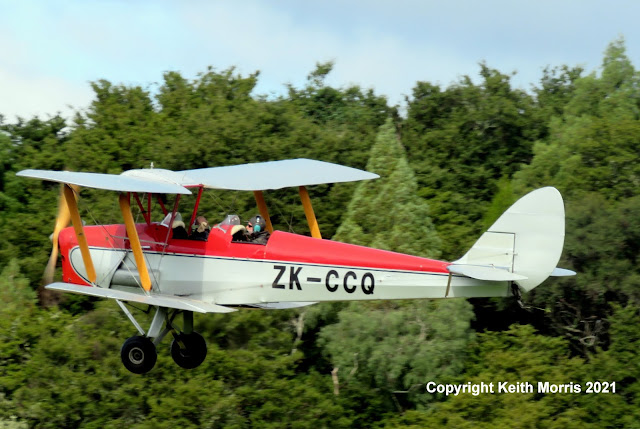 The reason that Alan had flown across to Kaipara Flats was to get some Tiger Moth time with Jim Schmidt in his Tiger Moth ZK-CCQ.  Locally based Martin Farrand also got some Tiger time as in this photo.  Watch this space for another vintage aeroplane coming in from the US.
Posted by Sir Minty at 19:33