Taieri in 1954 was still an active RNZAF base - note the Harvard in background and Tiger Moth out the back of the large hangar.

Commercial operations were conducted from near the control tower by the New Zealand National Airways Corporation Ltd (NZNAC, or just NAC).

This photo from Fergus Fraser shows the DH89 ZK-AKY c/n 6653 "Tui" nose on. This is still current on our register with the Croydon Aircraft Company Ltd of Mandeville. 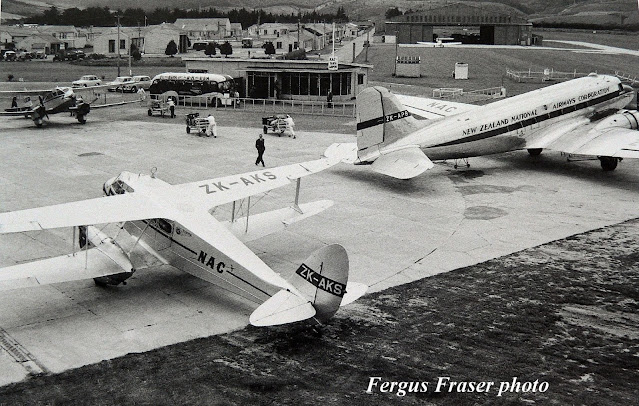