Another highlight for me at Masterton was being able to catch up with the two Rand KR 2s that are based on the field.  I have been to Masterton many times and have always looked for them but I have never seen them out until last weekend, when their hangar was a great vantage point for watching the Wings Over Wairarapa Air Festival.  Thanks very much for inviting me over Wayne.

Although I had never seen the 2 aircraft in the flesh, I had received photos of them from their builders Ben Wilkinson and Wayne Rayner for my series on Rand KR 2s of New Zealand at: https://nzcivair.blogspot.com/2013/05/rand-kr-2s-of-new-zealand-3.html 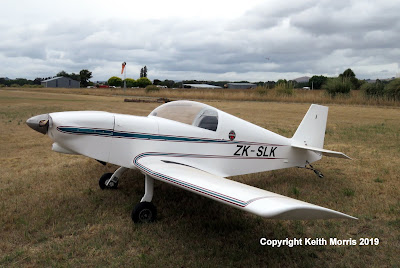 ZK-SLK is now owned by SL Southey of Waikanae, having been purchased from the estate of Ben Wilkinson on 13/11/18.  I was told that it has flown 38 hours to date. 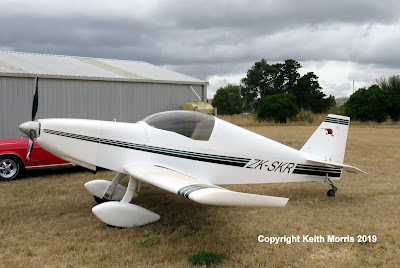 And Wayne Rayner told me that he has more than 100 hours up in his lengthened KR 2S ZK-SKR.


Both of these aircraft were immaculate.