The Roko Aero NG 4 Stratus is another sport aircraft design to come from the Czech Republic.  It was designed by Jiri Konecny who had earlier designed the CZAW Sport Cruiser.  The Roko Aero NG 4 has much in common with the Sport Cruiser and uses some of its components.  (I also wonder about its possible connection to the Bristell NG 5 which is another very similar looking Czech sport aircraft of similar construction and the same fuselage dimensions.  There was an earlier Bristell NG 4 and both the NG 4 and the NG 5 were designed by Milan Bristela who also worked on the design of the Sport Cruiser).  It comes as either a microlight (UL) or LSA which has a longer wing.

We have had only one Roko Aero NG 4 Stratus registered in New Zealand: 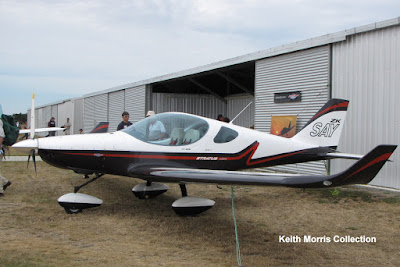