There were 11 Yak aircraft on the field at Wings Over Wairarapa: 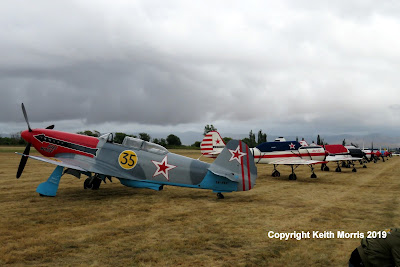 On the display line were Graeme Frew's Yak 3 Full Noise ZK-VVS and in the background the 9 aircraft Yak 52 team.  I noted that 7 of the 9 aircraft now have 3 bladed propellers and spinners. 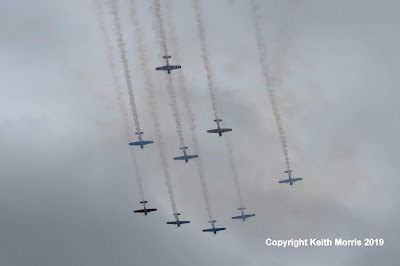 According to the commentary the Yak team is the only one in the world to perform a 9 aircraft loop. 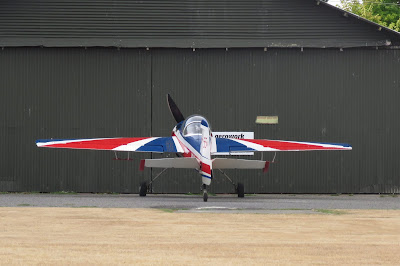 and arriving early for the NZ Aerobatic Championships was Steve Geard's Yak 55M ZK-YKV.  The championships are being held at Hood from 27 February to 2 March.