The Victa Airtourer 100 ZK-CHB appears to have had an identity crisis before settling on the c/n of 87.
Originally the c/n 76 had been allotted by Victa in Australia to take up the ZK-CHB registration but this became VH-MUP instead.
Then the c/n 91 was mentioned but this became G-ATCI with the Sunderland Flying Club in the UK. During final assembly in the UK an identity plate with the ZK-CHB marks was found.

Anyway ZK-CHB c/n 87 was registered in NZ through Victa (NZ) Ltd on 20-05-1965 and first flew here on the following day and was delivered to the Rotorua Aero Club on 01-07-1965.
This airframe had in fact been initially pencilled in to become VH-MUI1 but this was not taken up. 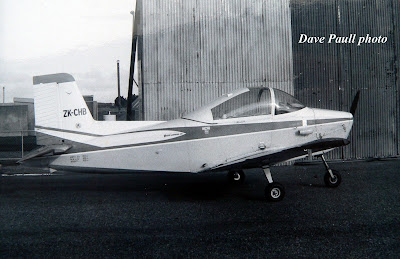 Above we see ZK-CHB at Invercargill on 04-07-1968 still in its factory paint scheme.
Next operator was the Auckland Aero Club from sometime in 1967.

It was withdrawn from use for a rework and emerged as an  T3A with the 130hp Rolls Royce O-240- and re-registered as an AESL Airtourer with the new registration of ZK-DLO on 20-03-1973 and re-delivered to the Auckland Aero Club on the 23rd. 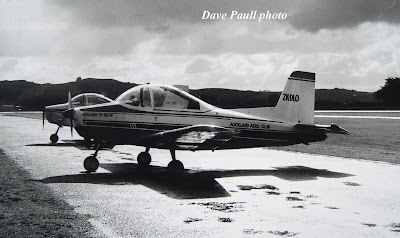 The pic above in magic monochrome shows ZK-DLO at Ardmore on 11-06-1973 in its new scheme.
But don't believe everything that you see ! 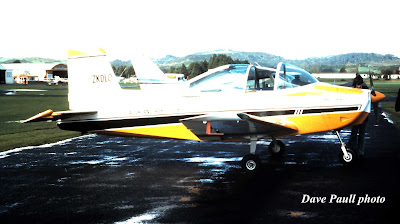 The photo above is a copy of an ancient colour slide which has 'gone off' over the years.
Its true colour was not yellow but more like the colour of the spinner. 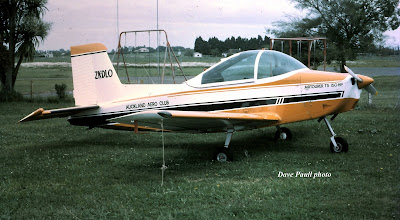 It was damaged on landing at Ardmore on 22-10-1977 and following repairs was sold to C J Summers of Auckland in February of 1978.
It then passed through a multitude of owner/operators which runs something like this:-
Frank Rouse of Wellington in mid-1980.
Ed Bullmore and F Wilkins of Balfour in March 1988.
John Dorricott of Southern Skies of Invercargill from April of 1988.
Then to the Southern AirTourer Syndicate of Invercargill in April 1989.
This syndicate consisted of E Wright, L Day, R Avery, M Muir and W Kennedy.
The Whakatane Syndicate took it on from July 1992 then it went to,
A R McKay of Lower Hutt from February 1994 and it was repainted in the scheme as seen below at Masterton on 17-03-1996. 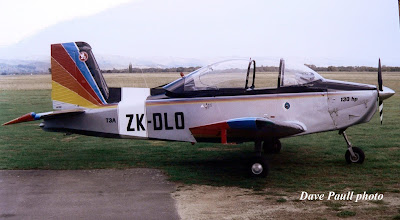 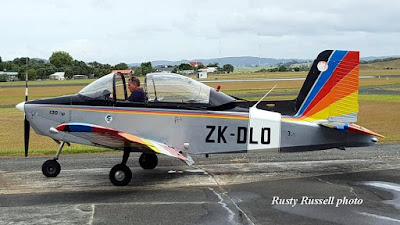