Wings Over Wairarapa (4) - The Vintage Aviator

With the no-show of many of the Wings Over Wairarapa headline acts, it could have been a pretty thin air display but for me The Vintage Aviator provided the highlights of the flying displays.  Thankfully the winds stayed down and that allowed for three routines that they had been practicing for all summer, using a total of 18 of their aircraft (of 13 different types) in 3 different groupings of about 10 aircraft each time.  It was the first time their DH 4 had been displayed in public and I had not previously seen any of their Sopwith Pups flying. 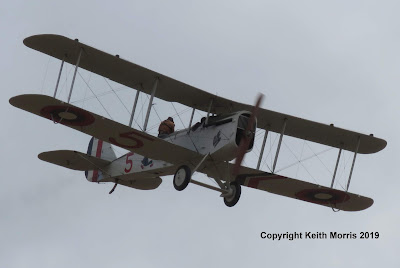 De Havilland America DH 4 replica ZK-DHA2 is powered by a 400 HP V 12 Liberty engine.  Although it is a big aircraft it was really thrown around the sky with its gunner getting many rounds off. 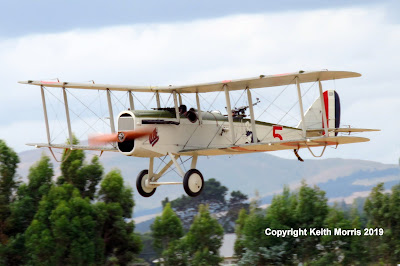 The gunner is tucked down for landing. 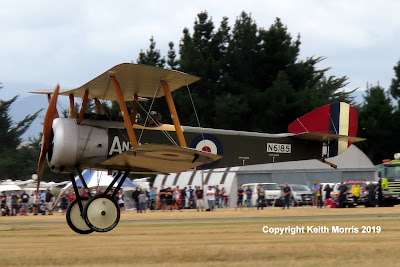 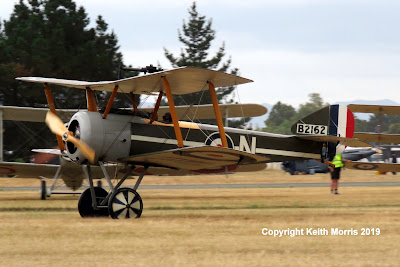 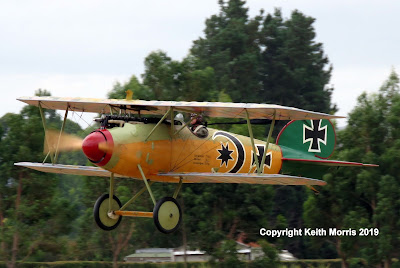 Albatros D VA replica ZK-DVA2 makes it back to base, 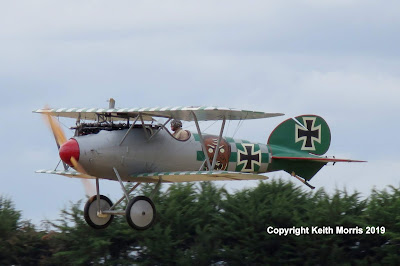 as does ZK-TVE.  Both aircraft are powered by Mercedes D IIIau 6 cylinder in line engines producing around 180 HP.