New Zealander Garry Morgan formed Morgan Aero Works in Australia in 2002, having come from a background of model aircraft building.  His first design was the Cheetah and this was further developed into the Cheetah Sierra 100.  Further designs followed including the single seat Diamond, the two seater Cheetah Sierra 200 and the Joey Mk II, and the 4 seater Cougar.  The aircraft are built from kits and are of aluminium tube and sheet construction using pop rivets with a welded steel frame for the cockpit, undercarriage and engine mounts.  The fairings and engine cowling are fibreglass.

Garry Morgan sold Morgan Aero Works in 2016 to Wedgetail Aircraft Pty Ltd which was formed by Ray Tolhurst and which is based at Camden Airport in NSW.  Wedgetail Aircraft offer the Cheetah Sierra 200 and the Cougar, as well as the single seat Vampire (of which we have had one earlier example registered in New Zealand, ZK-VMP, but that will have to wait for Microlights of New Zealand).

The quoted specifications for the Cheetah Sierra 100 are:  length 19 feet wingspan 26 feet. empty weight 313 Kg, MAUW 544 Kg and with a 80 HP Jabiru 2200 engine cruise speed is around 130 knots and the stall speed is around 37 knots.  The wings are easily detachable for trailering and storage.

We have had one Morgan Cheetah and two Cheetah Sierra 100s in New Zealand to date. 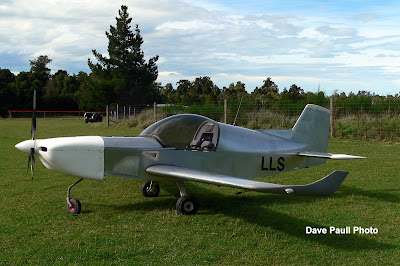 Our first Morgan Aero Works aircraft to appear was Cheetah Sierra 100 ZK-LLS (c/n 21-54) which was registered to Flylite NZ Ltd of Gore (Lindsay Ross and Bob & Christine Oliver) on 13/8/08.  It was sold to Robert McA Oliver of Riversdale on 15/6/15 and then to the SDR Syndicate of Rangiora on 4/6/18, for them to obtain a low timed Rotax 912 engine for use in their ICP Savannah ZK-SDR.  I believe it is in a hangar at Rangiora being worked on.  The above photo was taken at Woodbury in South Canterbury on 23/4/11. 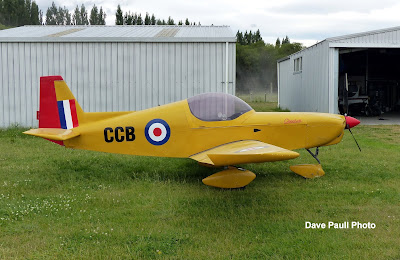 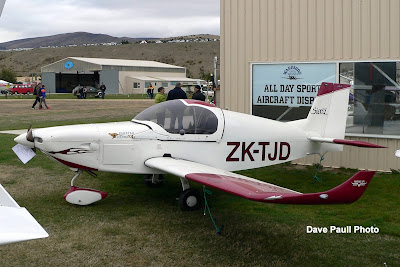 We may see more Morgan Aero Works/Wedgetail aircraft in New Zealand in the future as they are still being produced (by Wedgetail Aircraft) and the kits are relatively cheap.
Posted by Sir Minty at 09:47