With the no show of the Mustang and Spitfires due to the weather up North, it provided a great opportunity for the scale WW 2 fighters to show their stuff and they flew several impressive slots during the Friday and the Saturday. 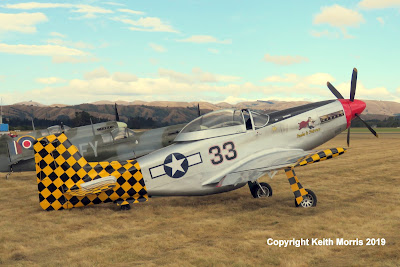 Titan T 51 Mustang ZK-MLE in the colours of the 325th Fighter Group USAAF circa 1945.  It is named "Smoke and Mirrors" on the starboard side.  The Titan Mustang is a 75% scale replica of the P 51 Mustang and ZK-MLE is powered by a 3.5 litre Honda engine which produces around 245 HP. 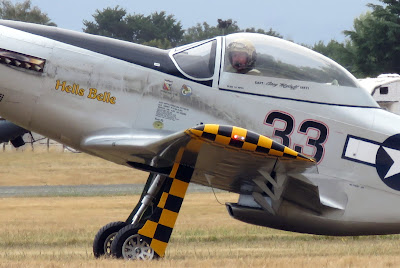 and on the port side it is named "Hell's Belle" with the pilots name Capt Greg Tetzlaff (ret) on the canopy.  Greg will base the aircraft at Hood so the flight North doubled as a delivery flight.  It was flown at WOW by Evan Belworthy. 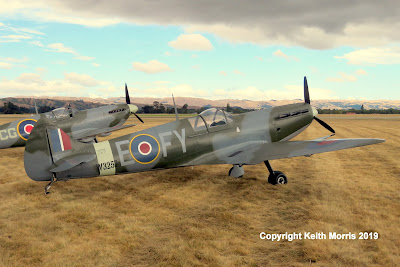 Supermarine Mk 26 Spitfire ZK-EFY2 was flown by Gary Cotterell.  It was imported into New Zealand from the UK by Gary in March 2017, where it was previously G-CENI.  It is powered by a 180 HP flat 8 Jabiru engine. 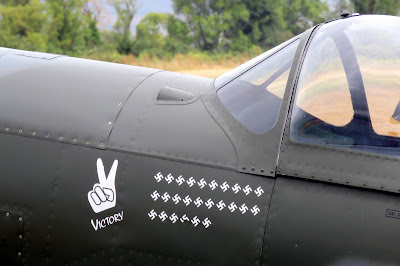 It is painted to represent W3257 which was a Spitfire Mk V of 611 Squadron RAF in 1941.  W3257 was flown by Flt Lt Eric Lock DSO DFC and Bar who claimed 26 victories in one year, and these are painted on the aircraft.  Flt Lt Lock was posted as missing with his aircraft on 3 August 1941. 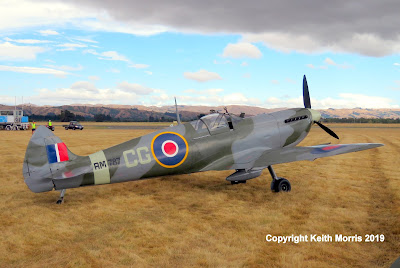 The third scale WW 2 fighter at WOW was Ivan Campbell's Spitfire Mk 26B ZK-CGV2.  The Mk 26B is a further development of the 75% Mk 25 with a 90% scale fuselage that allows for 2 seats but still retains the 75% wings.  It is powered by a 6 litre V 8 420 HP Chevrolet LS 2 engine and is painted to represent RM 787 which was the Spitfire Mk XIV of Colin Gray DSO and DFC who was the highest scoring New Zealand fighter ace of WW 2.

We have 2 Spitfire Mk 26s and 2 Mk 26Bs flying in New Zealand and they will soon be joined by a Mk 25 which is coming from Australia.