Continuing on my way back to Auckland from Taumarunui, I had a quick look at Hamilton Airport and although it was quite quiet at around 5 pm, the CTC Aviation operation seemed to be very busy.and I took these photos as the various aircraft taxied past or were tied down, over a 15 minute period.  Most of these aircraft have not been posted on the blog previously. 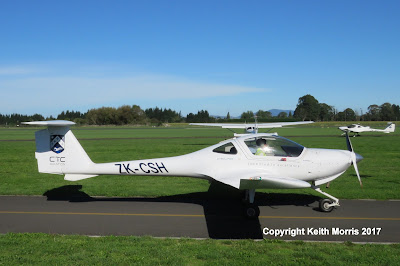 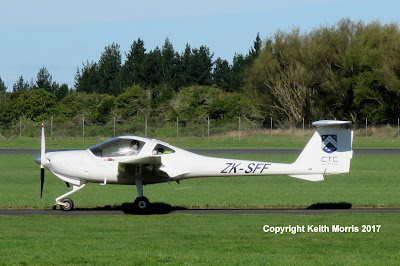 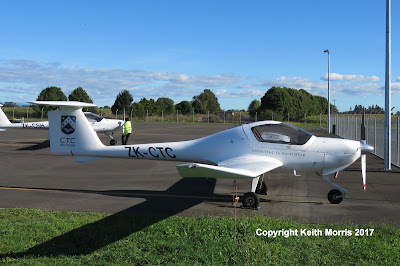 Diamond DA 20 ZK-CTC2.  I think that this would have been one of CTCs first aircraft, being first registered on 24/9/04. 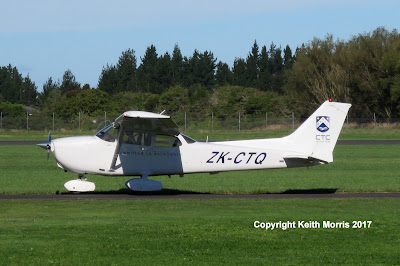 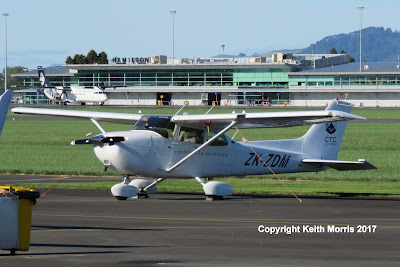 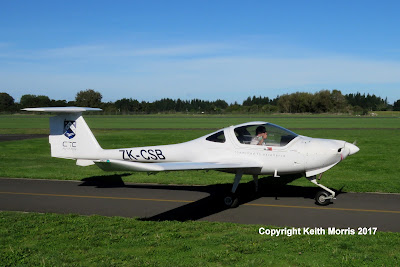 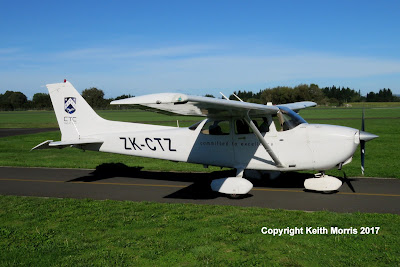 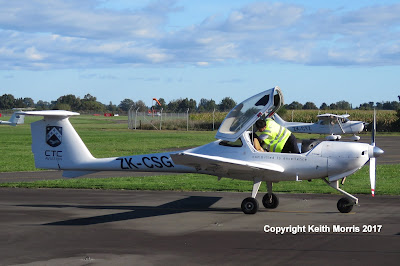 There were a lot of other CTC aircraft parked at the end of the day including more than four DA 42 Diesel Twinstars.  CTC have 8 registered to them.

CTC Aviation is a multi national company with bases in the UK and USA as well as Hamilton.  It has been owned by L3 Technologies since 2015.  L3 Technologies is a large American company that supplies command and control communications, intelligence, surveillance and reconnaissance systems and products to such customers as the the US Department of Defence, the Department of Homeland Security, US Government intelligence agencies and NASA.