Auckland based Cessna 180K ZK-SLM arrived at Taumarunui in the afternoon of 15/3/17.  It had been shepherding the Tiger Club aircraft on their South Island trip for the last couple of weeks. 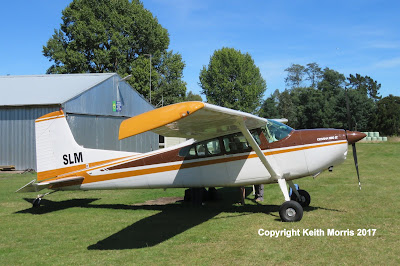 It carries the script " Cessna 180 II" on the nose which is just as well because I would be hard pressed to tell it apart from a Cessna 185.