I have posted previously on Rans S 9s of New Zealand at http://nzcivair.blogspot.co.nz/2014/08/rans-s-9-chaoss-of-new-zealand.html  In that post of our four S 9s to date I noted that Evan Grooby imported ZK-OUT from the US in 2007, but at that time I didn't have a photo of it, and then it was damaged in the Greymouth hangar collapse at Easter 2014.

Since that time the aircraft has been rebuilt by Craig Miller of Custom Aviation at Taieri, and Evan Grooby has now kindly sent photos of his aircraft which he says flies well. 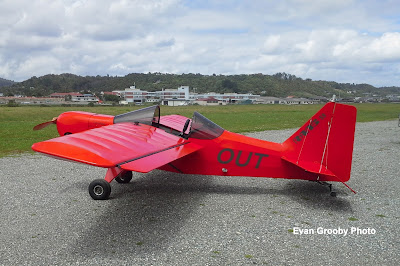 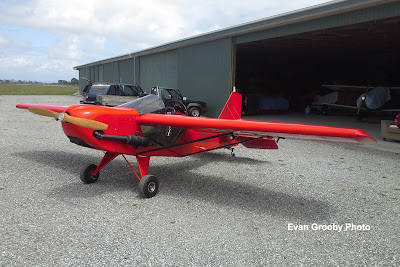 I thought this would be a good lead-in to the RAANZ flyin to be held at Rangiora over the coming weekend.  I am looking forward to it.