TL Ultralight is an ultralight aircraft manufacturer from the Czech Republic that manufactures the TL range of aircraft which include the TL 2000 Sting, and TL 3000 Sirius (and the 2 seat tandem Stream, which we have not seen in New Zealand yet).

The TL 2000 Sting was developed from the TL 96 Star which first flew in November 1997, and the development of the Sting range has included the Sting Carbon, Sting RG and most recently the Sting S4 which 85% carbon fibre and was introduced in 2010.  The aircraft is all composite with a prominent bubble canopy that hinges forwards and is otherwise a conventional tri gear low wing side by side 2 seater.  I think it looks really nice. 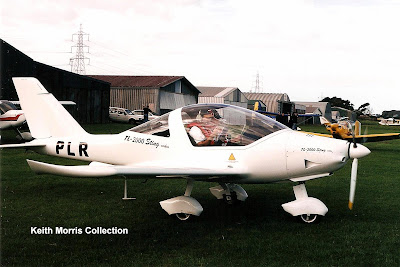 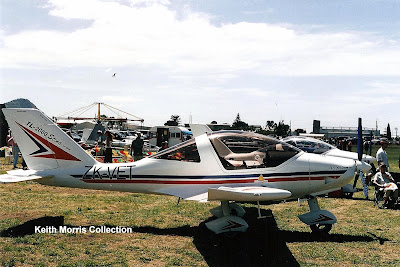 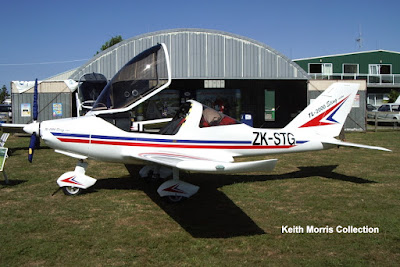 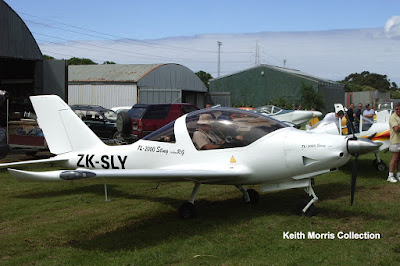 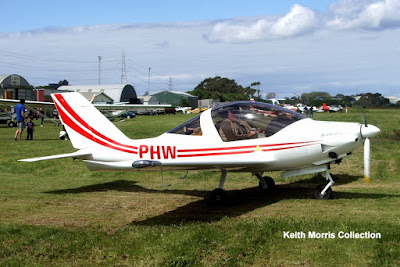 Another Sting RG model that was imported around the same time was Peter H Woollett's ZK-PHW (c/n 04 ST 91) which was registered to Third Generation Ltd of Auckland on 3/2/05.  It is also photo'd at Pikes Point on 29/10/05.  It suffered a landing mishap at Silverdale but was repaired.  Ownership changed to Peter H Woollett on 31/3/14. 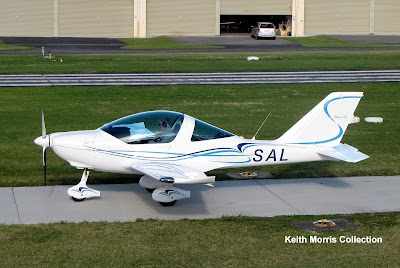 Sometime around 2014 Sport Aircraft Ltd of North Shore became the agents for TL Ultralight aircraft and they imported a Sting S4 (along with a Sirius) and registered it ZK-SAL5 (c/n 14 ST 411) on 13/5/14.  The S4 model is fitted with a Rotax 912iS engine and features a full glass cockpit and a ballistic parachute as standard equipment.  Its first flight was from North Shore airfield on 20/6/14.  It was sold to Robin G Willcox of Opunake on 2/4/15. 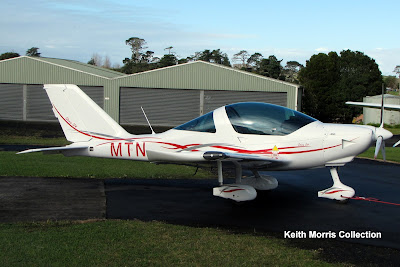 And our most recent Sting S4 was also imported by Sport Aircraft Ltd in the same container as a Sirius.  ZK-MTN (c/n 15 ST 422) was registered to Glenn N Martin of Christchurch on 27/3/15.  It first flew in New Zealand from North Shore airfield on 18/5/15.

I think we will see more Stings in New Zealand as they seem to be a nice plane.