Revised version of yesterdays original post.
Thanks to Weheka for sorting me out.

In November and December of 1960 Rural Aviation Ltd of Bell Block, New Plymouth, imported a batch of five new Cessna aircraft.
One of these was the Cessna 180C c/n 50909 which had been allocated the US registration of N6409X on the production line.
Rural Aviation Ltd registered it as ZK-BYI on 24-11-1960.
The first two photos below show it at Bell Block in its original paint scheme and with dainty wheel spats. 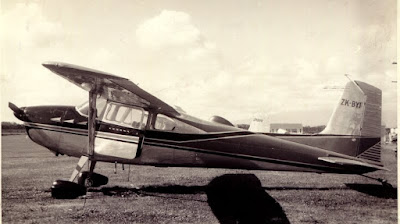 Above - At Bell Block, New Plymouth via Allan Wooller. 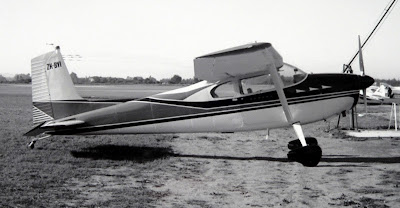 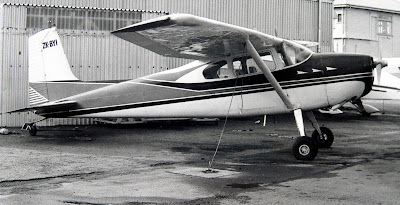 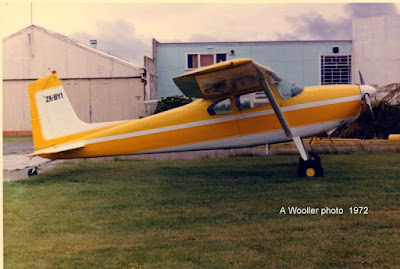 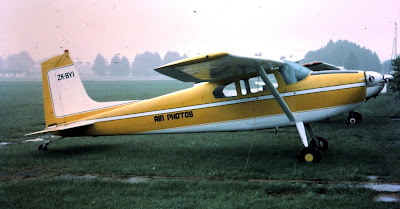 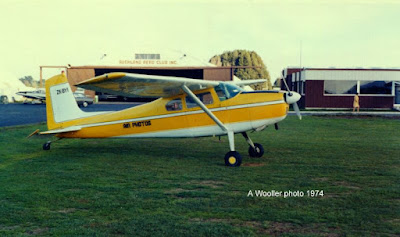 And below at Timaru from the CMM collection. 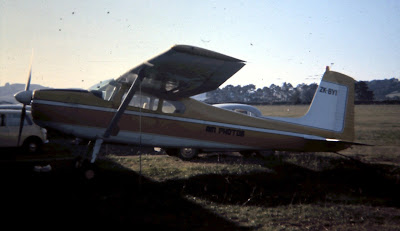 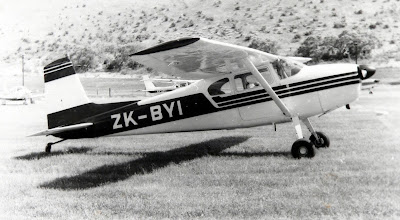 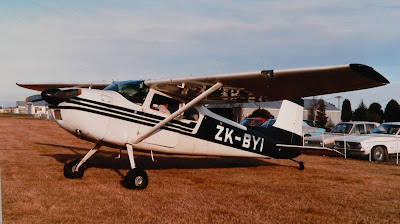 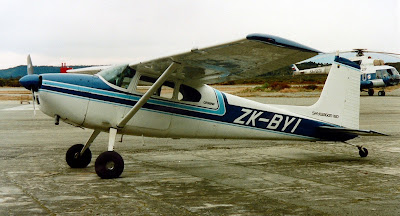 It then spent a short time with K Smith of Taupo from May 1997 until it returned to Hokitika for J S and L F Kerr on 14-09-97 who traded as Tandem Skydive West Coast NZ out of Franz Josef. 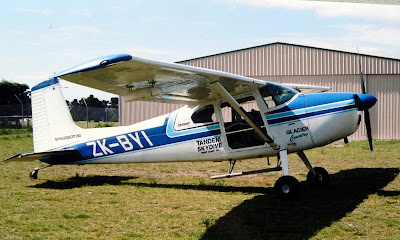 Now two shots from Christchurch on 02-11-2001.
Above showing 'Tandem Skydive' and 'Glacier Country' script on stbd side.
Below - unmarked on port side. 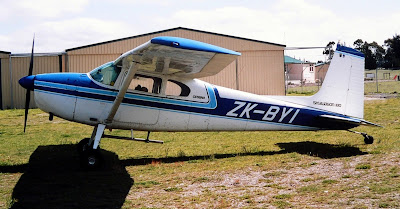 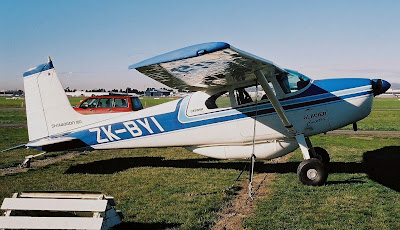 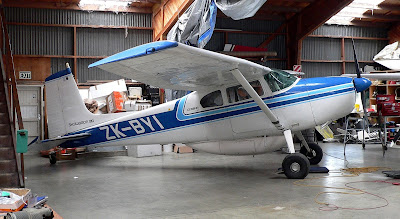 It was transferred to its current listed owner Mount View Developments Ltd - also of Queenstown from 16-05-2015.
It was spied at Christchurch on 26-05-15 - below. 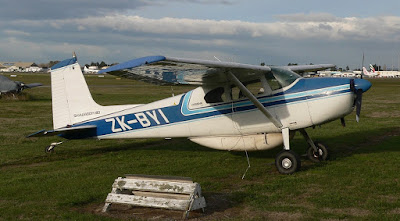 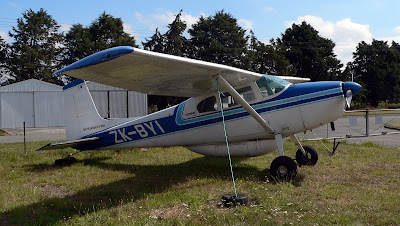 Finally the top of the fin transfers as seen on 16-02-2017 at Timaru.
These stem back to its Tuckers Flat days. 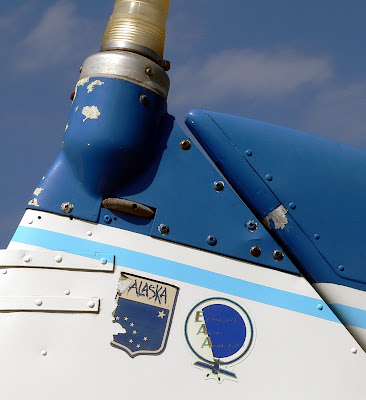 Some previous posted pics of ZK-BYI can be seen Here. Then scroll down somewhat.
Posted by Dave Paull at 16:12