On a return trip from Dargaville back on 31/1/17 I called in to Kaipara Flats airfield where the Rodney Aero Club's Cessna 172N ZK-EJR was sitting in the late afternoon sun. 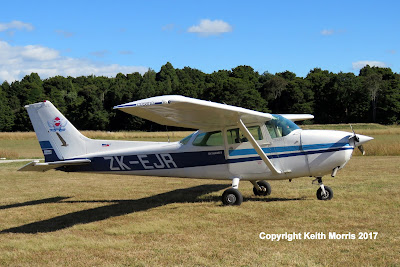 ZK-EJR (c/n 17269035) was first registered in New Zealand on 8/9/77 and remarkably has been owned by the Rodney Aero Club ever since.  It has also not been posted on the NZ Civair blog. 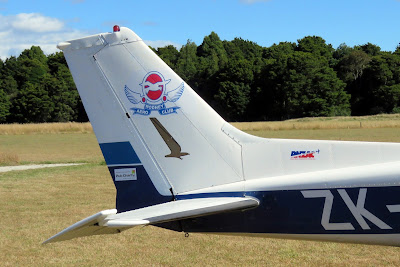