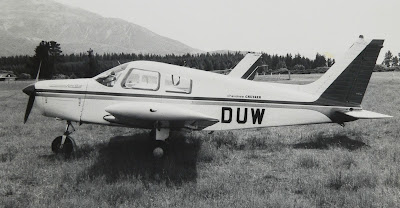 After being withdrawn in about mid-2013 with over 33,000 hours, it was dismantled and stored in the Canterbury Aero Club hangar, along with several others for a period.

Then it was removed - placed in a container. 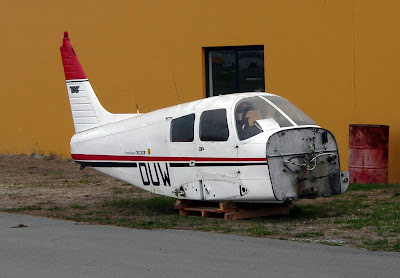 And now we see two shot of her as 4R-MDE with Openskies Flight Training of Ratmalana Airport in Sri Lanka.

Two of the other Piper PA-28's ex Canterbury Aero Club are also on line at Ratmalana.
ZK-EBM is  now 4R-MDG and ZK-EBV is 4R-MGF.
I belive several of the flying staff at Openskies were trained at the Canterbury Aero Club.
Posted by Dave Paull at 19:43