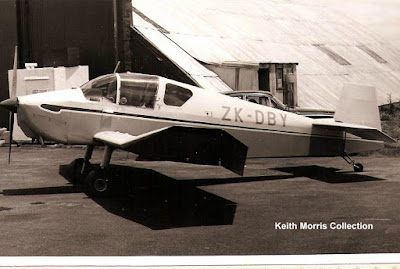 Jim used an Airtourer cowling and windscreen which were available at that time from Aero Engine Services Ltd in Hamilton.
It is photographed above at Ardmore early on in its life.
And below in March of 1975. From the Allan Wooller collection. 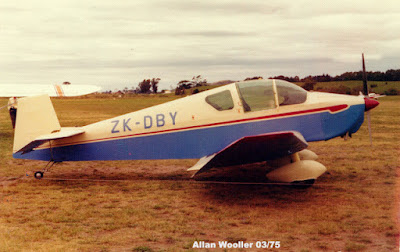 It is seen below in March 1976 at Palmerston North by which time it had gained a couple of stickers on the forward  fuselage. 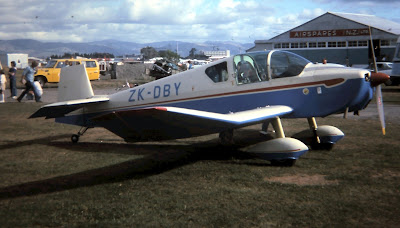 It was damaged in an overshoot incident near Atiamuri on 26/12/78.
Jim flew ZK-DBY all over New Zealand and we see it below in magic monochrome at the Pudding Hill (near Methven) AACA gathering on 25-01-1981.

And then in colour on the same day. 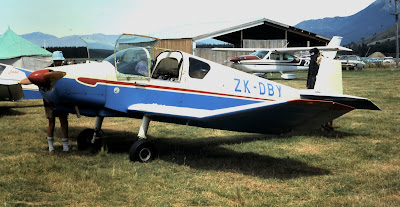 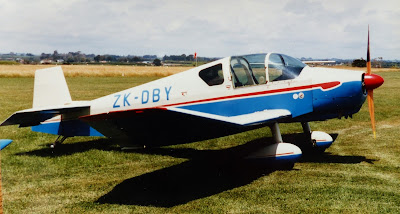 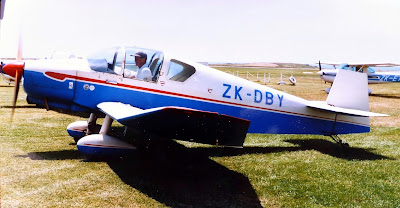 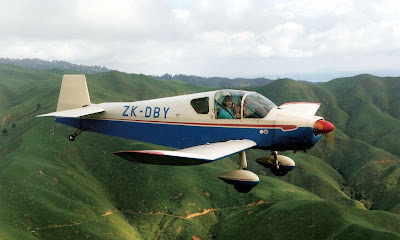 That is Jim Barrowclough flying the Jodel. 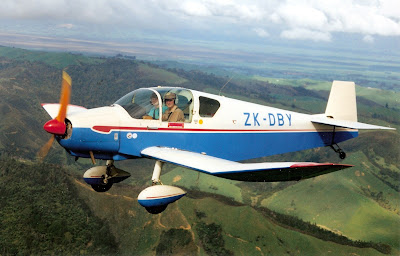 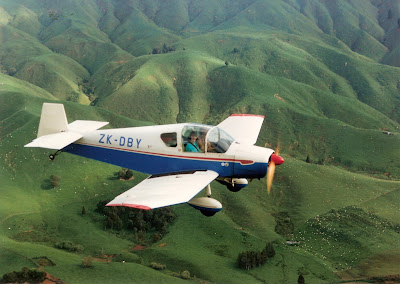 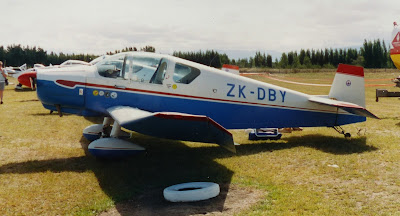 And when Jim retired to Tauranga he based it there.
And had a nose over incident at Tauranga on 28-02-1998.
Jim owned the aircraft for 30 years before selling it to Colyn Wilson of Katikati on 20-04-2005.
Bill Izard of Omega Aviation Ltd took it over from 24-05-1007 and based it at his Kihikihi strip.
Where it is seen below with is 6x850 wheels fitted for strip work. 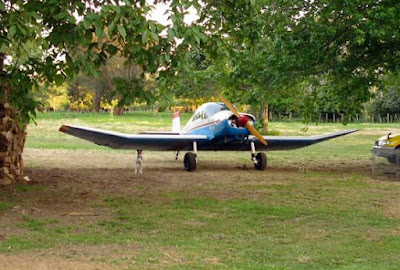 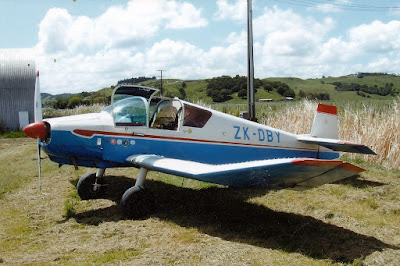 It is photographed above at Dargaville by Bill Lambeth in 2009.
It can be seen that it has changed little over the years.

Above we have a pic lifted from the West Auckland Airport (Parakai) newsletter covering the Vintage Day fly-in November 2009
Finally it was sold to Terry S Smith of Carterton on 07-09-2011. 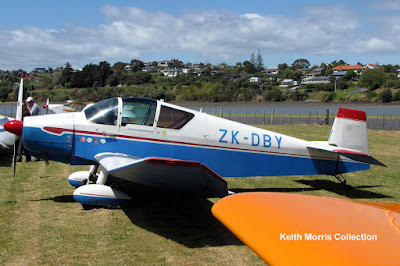 Where I believe it is undergoing a slow re-refurbishment.
Its registration was cancelled as withdrawn on 04-12-2012.
Posted by Dave Paull at 11:28