Back on 4 February 2015, two AeroAndina aircraft were registered to Pan Tam Holdings of Papakura.  I was intrigued as to what these aircraft were so I did a bit of digging which led me to Wess Ruijne who imported the aircraft, and who was very helpful with information and photos.  Thanks Wess. 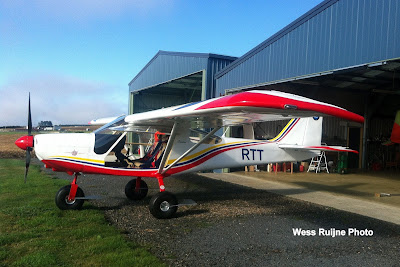 ZK-RTT (c.n AA-11-13-105-003) is registered as a MXP 1050 but Wess told me it is a MXP 850 Tumaco.  This is a STOL aircraft that derives its lineage from the Zenith CH 701 via the MXP 740 Savannah which was designed by Maximo Tedesco (who is the founder of AeroAndina).  Wess advises that this aircraft is for sale on Trade Me. 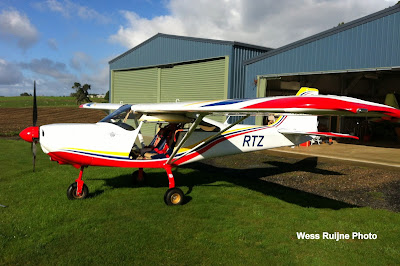 Both of these aircraft are based at Wess's strip at Pukekawa, South of Auckland.