The Cessna 185 was a Cessna 180C with a strengthened airframe, a third side window, six seats, an enlarged dorsal fin and a 260hp Continental IO-470 engine.
The prototype N34272 first flew in July of 1960 and the first production deliveries were from March of 1961.
The first of this model to reach New Zealand was the seventeenth production aircraft c/n 185-0017 which had been allocated the US registration of N9817X on the production line at Wichita, Kansas -  but instead became ZK-CAK for listing with Rural Aviation Ltd on 08-05-1961.
It first flew in NZ on 02-07-1961.
After a brief period as a demonstrator it went on line with Golden Coast Airways Ltd of Nelson
Below - seen at Nelson after delivery.
Photo from the Steve Lowe collection.

It did its first paper run from Nelson to Westport on 04-08-1961.
Below from the Des White collection we see ZK-CAK in its new colour scheme.

and is seen below at Wellington in March of 1964. 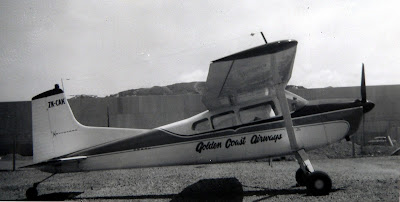 Its next move was up to Wairoa to Cookson Airspread Ltd.
It suffered some damage at Wairoa on 17-07-1965 but continued flying until being withdrawn in 1979.
The pic below comes from the CMM collection and shows ZK-CAK at Wairoa with Cookson Airspread Wairoa and Sky Service markings. 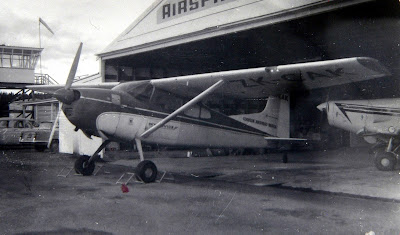 Below - the same scheme also at Wairoa from Allan Wooller. 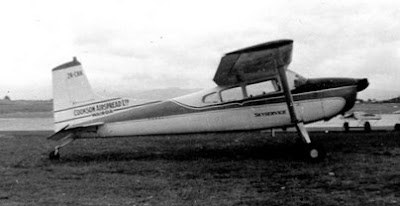 Followed  by several more photos from Allan Wooller's collection.
Below in 1968 at Hastings. 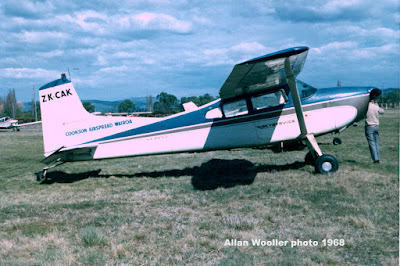 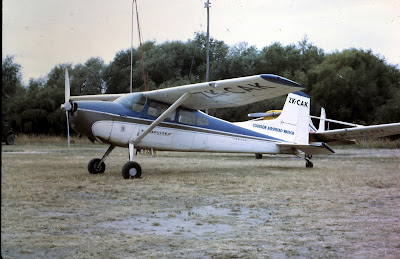 Below at Hood in 1975 in its new colour scheme. 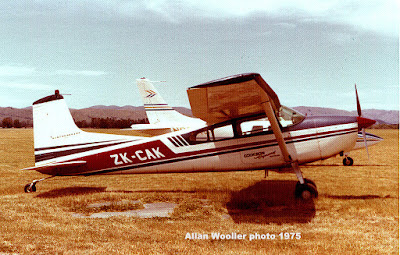 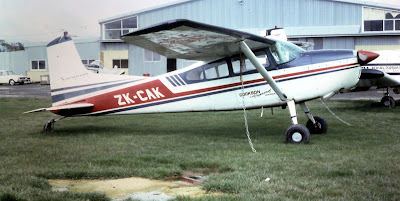 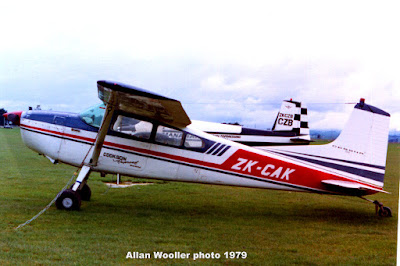 Next listed owner was Air Services Manawatu Ltd of Palmerston North from 09-05-1983.
It suffered some damage landing at NZPN on 10-07-1983 and then had an ownership change to C B Daisley of Palmerston North from 03-08-1983.
Langslow Aviation Ltd of Waipukurau took it on from 27-10-1988.
Another incident occurred at Otane on 11-06-1989.
Below is what I believe to be a Phil Treweek pic showing CAK with large letters on the tail. 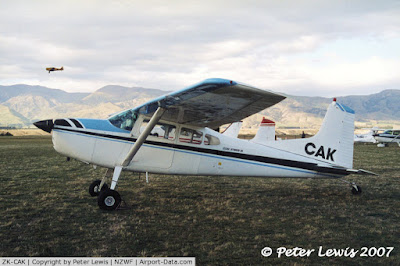 A photo nicked from Airflite South shows ZK-CAK on the sands of Stewart Island.

And finally a recent view from Tauranga from Hairy Mole Rat taken on 02-11-2014. 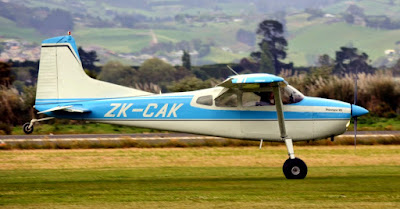 ZK-CAK has just recently been sold to a new owner and was flown down to Bob Wagners strip at Hope (South of Nelson) last Friday.