This is it below.
Wayne Cunningham has been looking around for an aircraft for some months.
Some years ago he managed a flight in the Denny Kitfox IV ZK-EWC2 as built by Ernie W Colling of Wanaka.
During his recent search he found that this aircraft was again for sale.
It had been purchased from Ernie at Wanaka by Ron Roberts of Timaru on 14-03-2009.
It did not do a lot of aviating with Ron and he was convinced to part with it on 20-07-2014.
So it is now with Wayne and is seen below taxiing back at Taieri very recently. 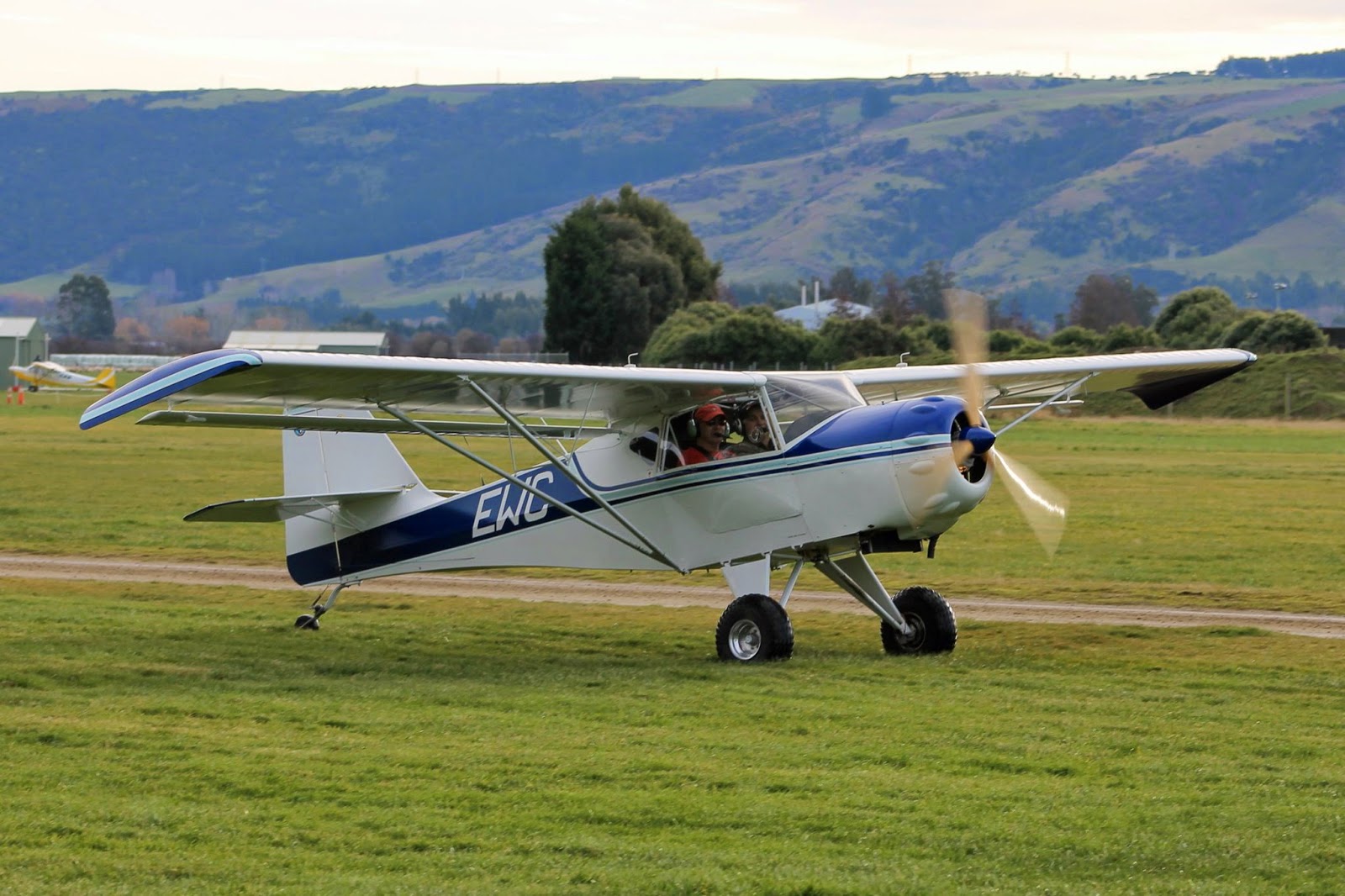 Sir Minty also did a post covering ZK-EWC in his series covering all of the NZ Kitfox's.
See:-
http://nzcivair.blogspot.co.nz/2013/11/denney-and-skystar-kitfoxes-of-new.html

Sadly it suffered a power loss after take off from Balclutha on 25th July 2015 and was written off in the ensuing forced landing just at the stop bank on the other side of the Clutha River.
Both occupants were injured and spent some time in the Dunedin hospital.

Below we see a few more pics of ZK-EWC. 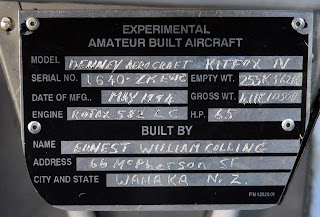 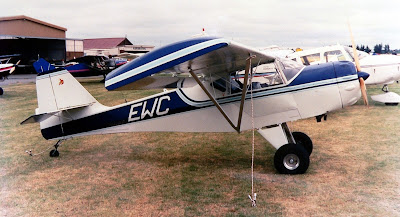 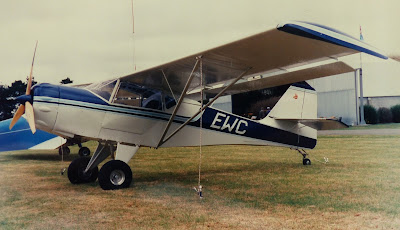 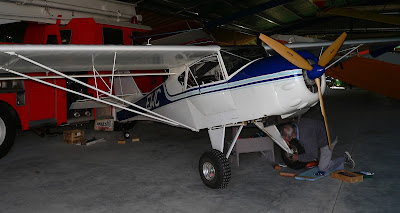 Above is a shot of it in the hangar at Timaru on 03-05-2009 not long after Ron Roberts had purchased it, and below after I pushed it out into the daylight. 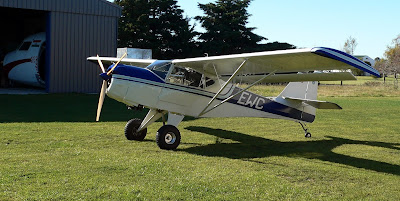 It was hangared in the North Otago Aero Club hangar at Oamaru for a while and was seen there on 01-07-2011.
Ron sold it in July 2014 to Wayne Cunningham and it is seen here taxiing in at Taieri

Below we have a shot of her at Balclutha not long before its accident.
First and last two photos from Wayne Cunningham. 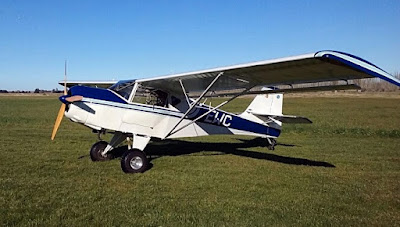 I expect we will see it cancelled from the register very soon.
Posted by Dave Paull at 17:04