A pleasant trip to Ardmore today with early New Zealand aircraft photographer Neville Drake produced the usual crop of interesting aircraft.  If you stay around long enough there is always something to photograph and today was no exception.

The first group was several dedicated aerobatic monoplanes, all having a connection to Doug Brooker. 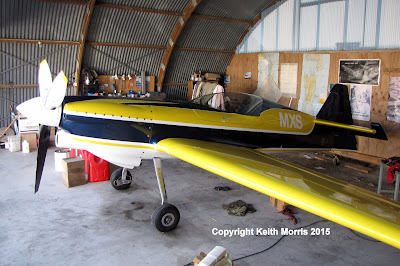 Doug's latest aerobatic mount is the MX Aircraft ZK-MXS2 which had been flying earlier in the day but was in its hangar when I was there.  It is a single seater built by MX Aircraft in North Carolina, and its roll rate is (a potentially mind blowing) 420 degrees per second.  It is powered by a Lycoming IO 540 engine which gives an impressive top speed of around 230 knots (over 420 km per hour!).  The racing version of the MXS is flown by several pilots in the Red Bull Air Race series. 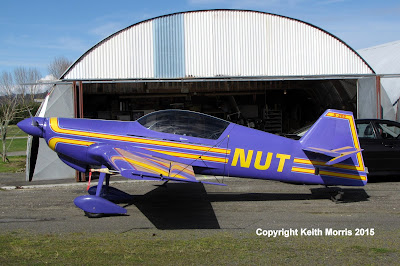 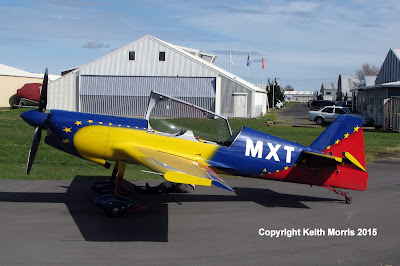 And Doug was out flying his MX Aircraft MX 2 ZK-MXT2  The MX 2 was developed from the G-202.  It has the same engine as the MXS (Lycoming IO 540) but it is a two seater.  Doug told me the aircraft is for sale and may be heading overseas. 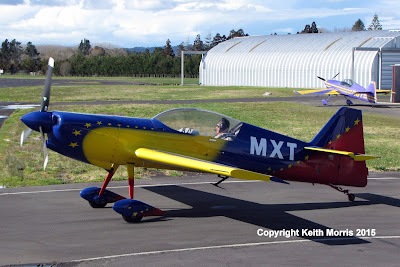 Doug fires up for another flight... 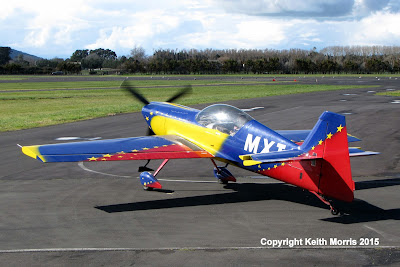 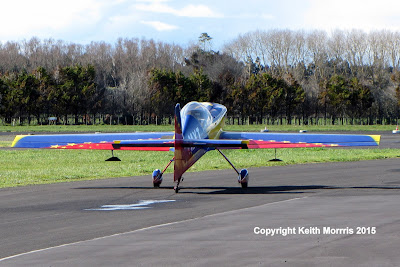