I dropped into Heli Maintenance at Christchurch International today looking for something to try out my camera on and was lucky enough to have Michael Glynn of Mountain Helicopters Fox Glacier Ltd with his MD369E ZK-HCC5 (c/n 0220E) on site doing a series of brief blade tracking flights. 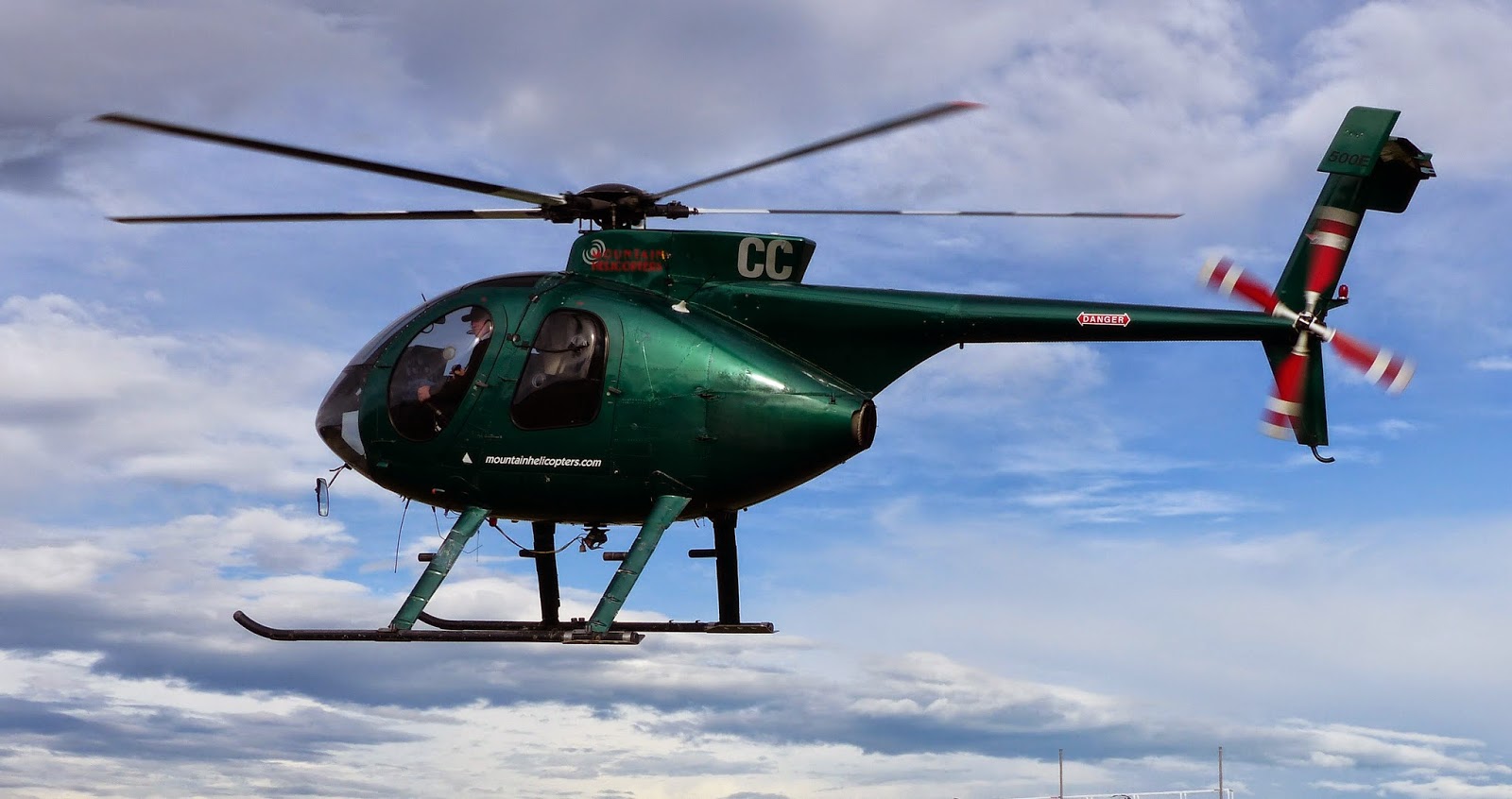 ZK-HCC5 was a product of 1987. It gained its US airworthiness certificate using the US marks of N1622X on 10-03-1987 initially with Evergreen Equity Inc out of McMinnville, Oregon. Next in line being Hartford Holding Corp'n of Wilmington, Delaware. From 15-03-2000 it was with Go Helicopters Inc at Angleton, Texas until returning to Oregon in July of 2004 for John McKee of Central Point. It was cancelled on 28-07-2005 as exported. 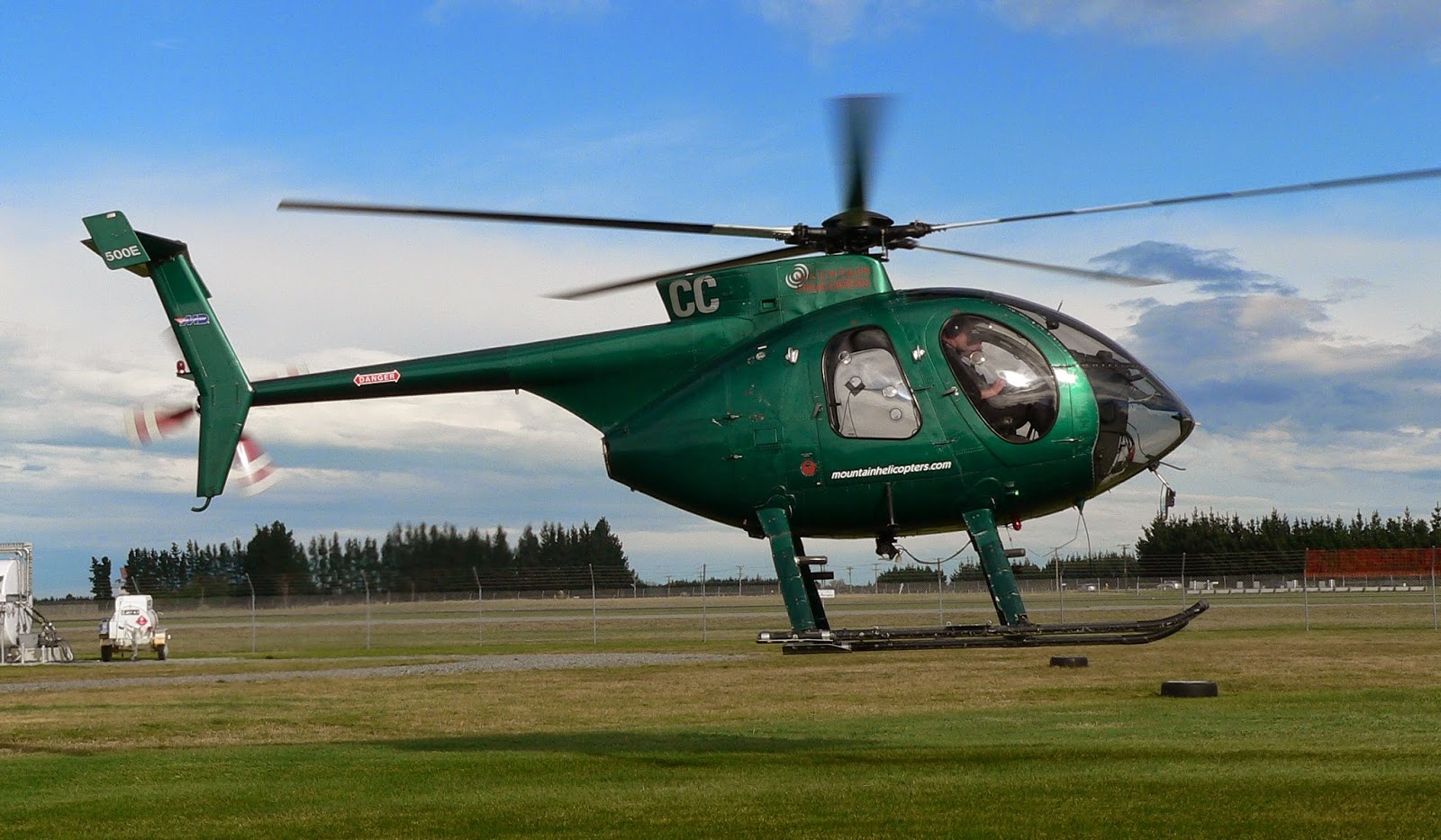 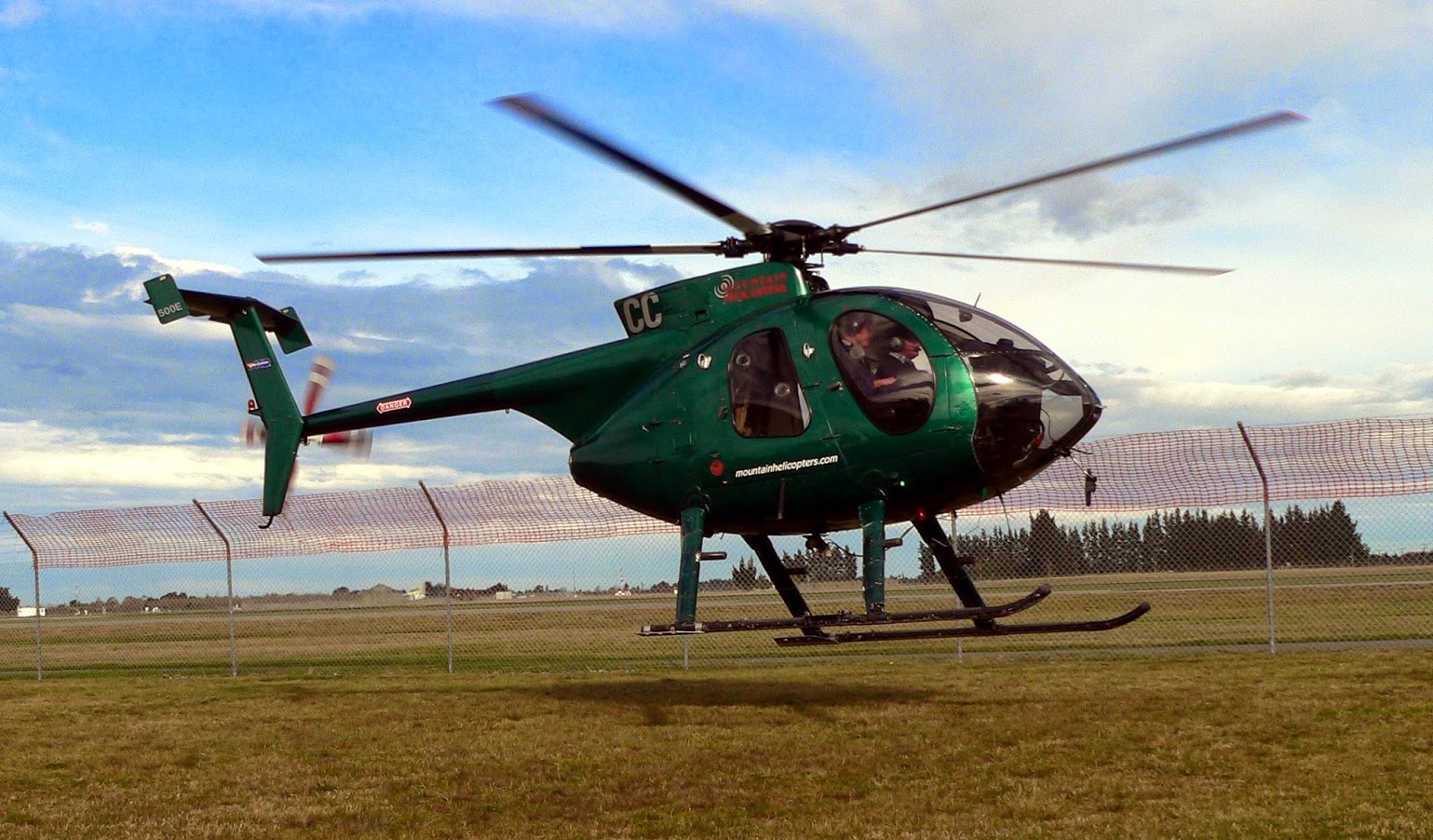 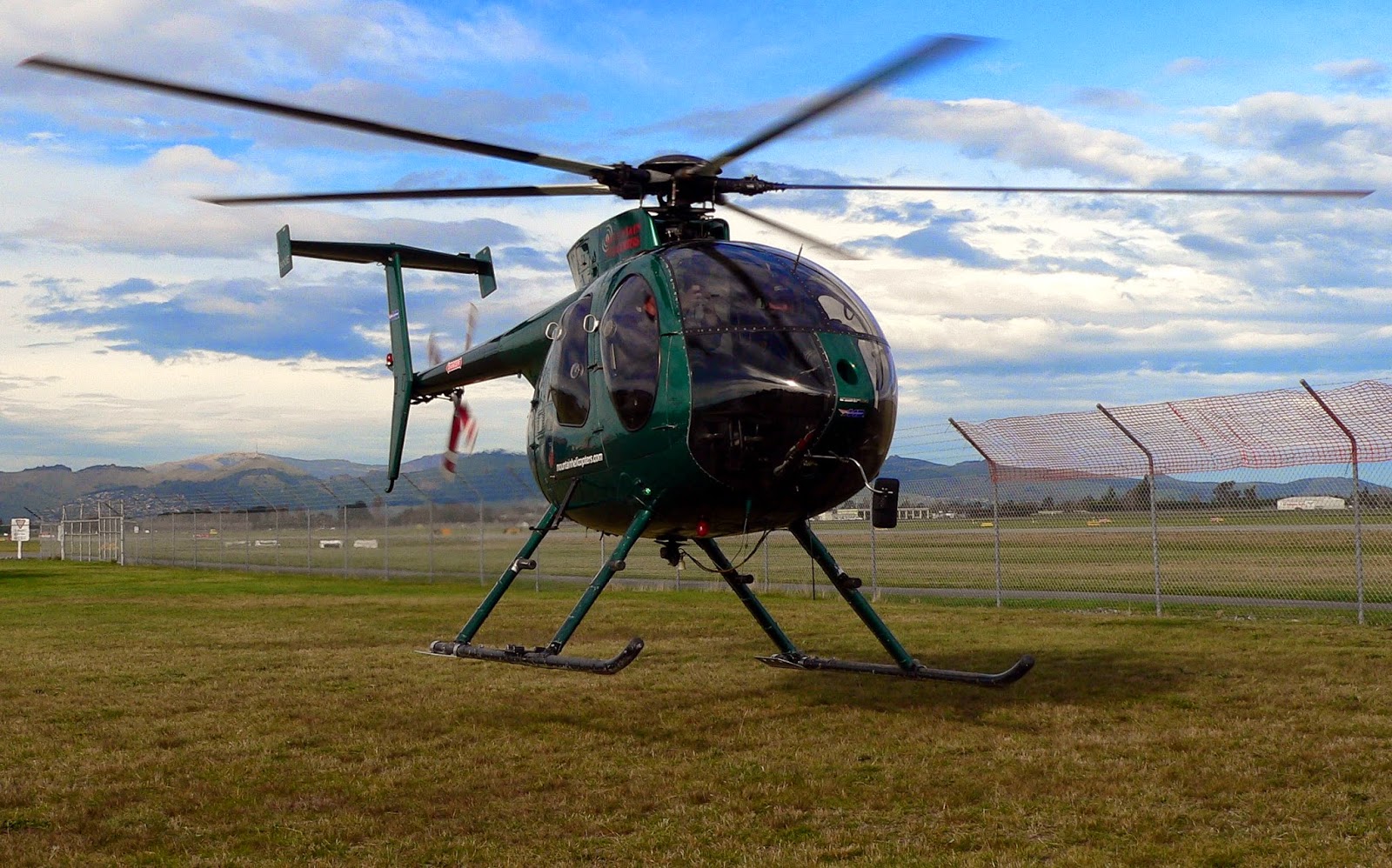 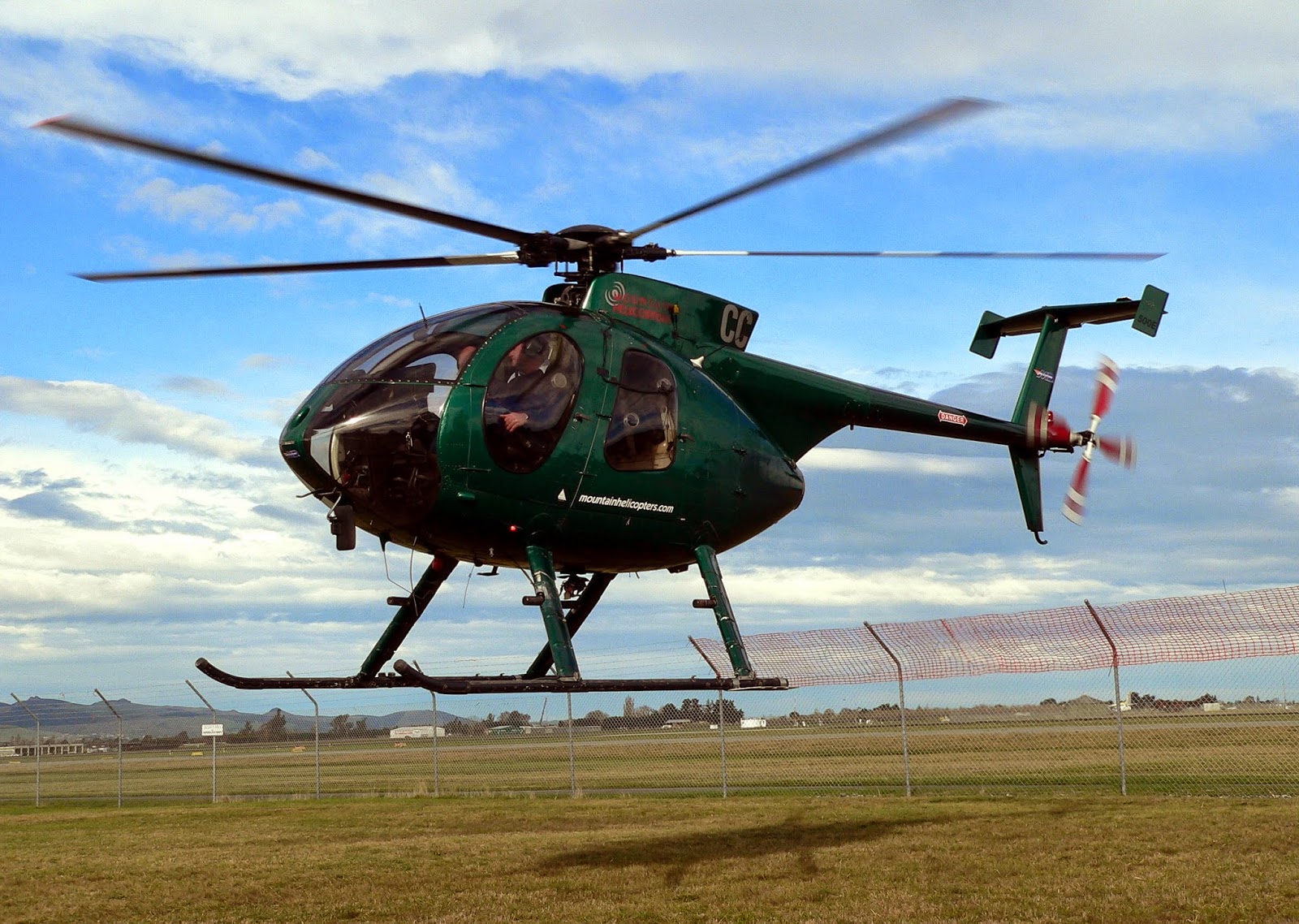 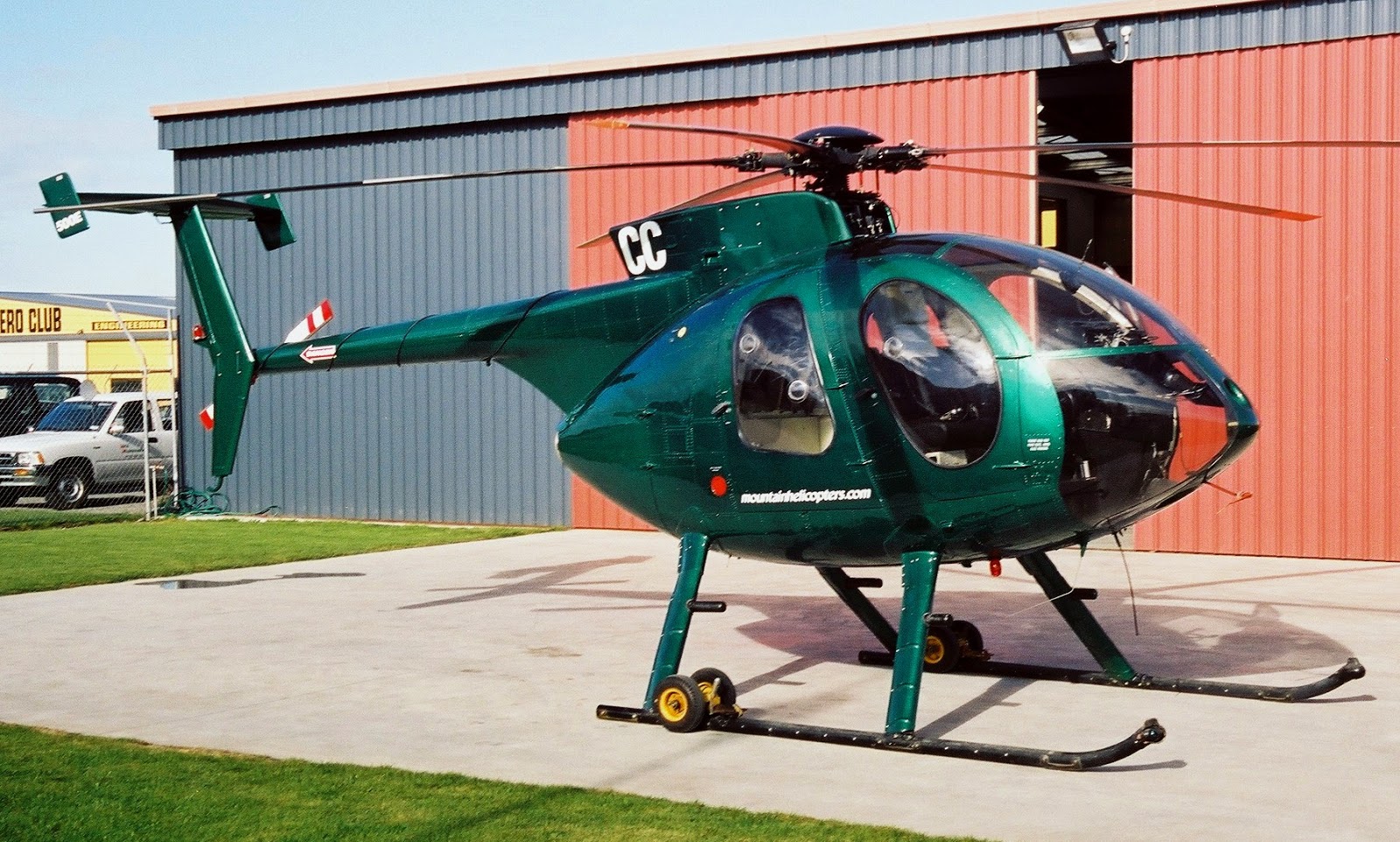 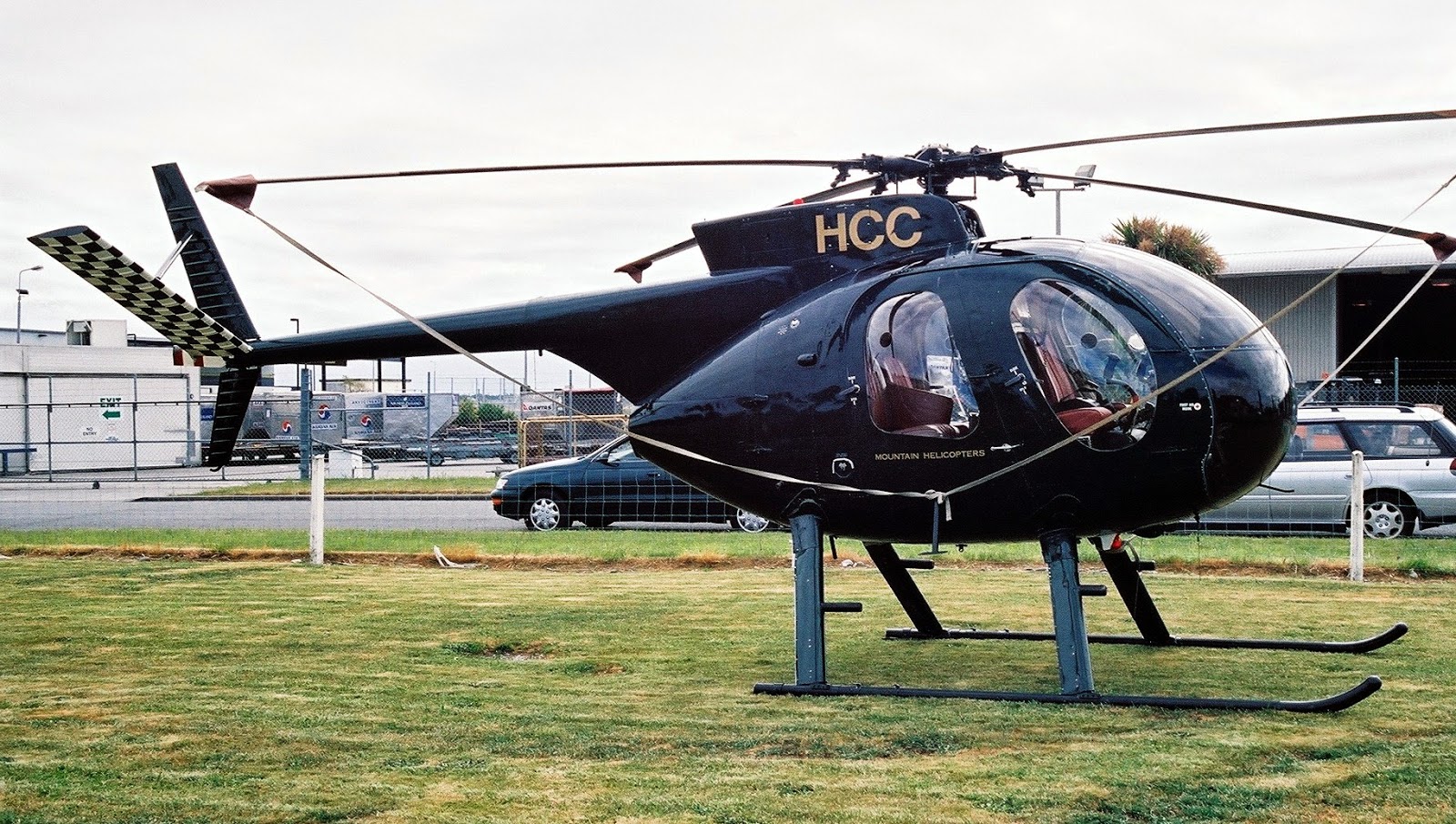 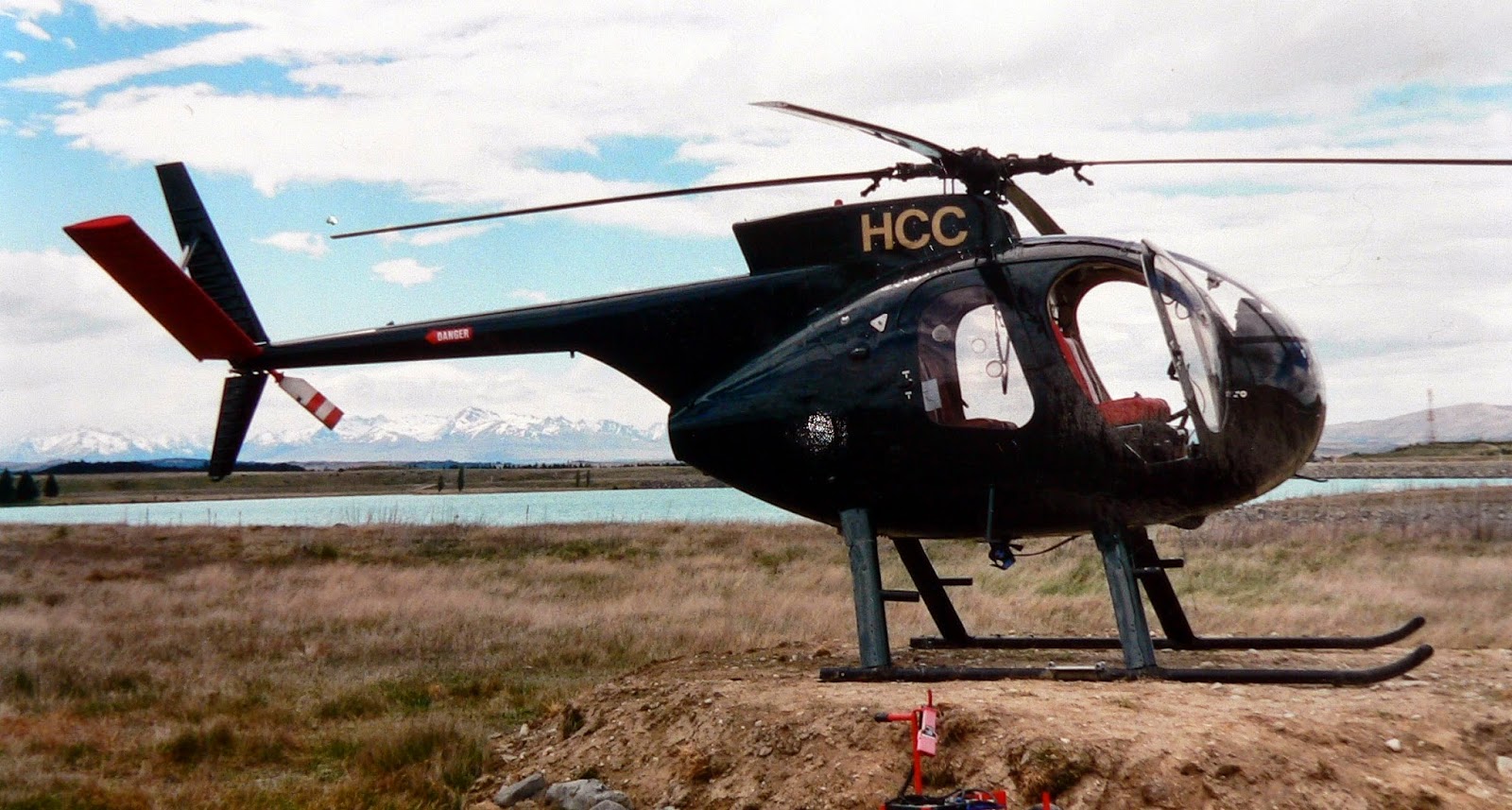 It was also operated by Michael.
Don't be fooled by the apparent colour from these older prints as it also was an overall green.
Posted by Dave Paull at 19:49