A couple from Feilding

Ben Coldstream has provided these two photographs taken at Feilding.

Above we have the Cessna 195 ZK-BEB2 (c/n 7410) of B B Aviation of Feilding with the diminutive Colomban Cri Cri MC-15 ZK-LBW (c/n 12-0335) parked in the foreground. This is registered to Richard Ward of Rangiora  but was flow up and was trailered up to Feilding by his father Roger to attend the RAANZ fly-in held in early March of this year. 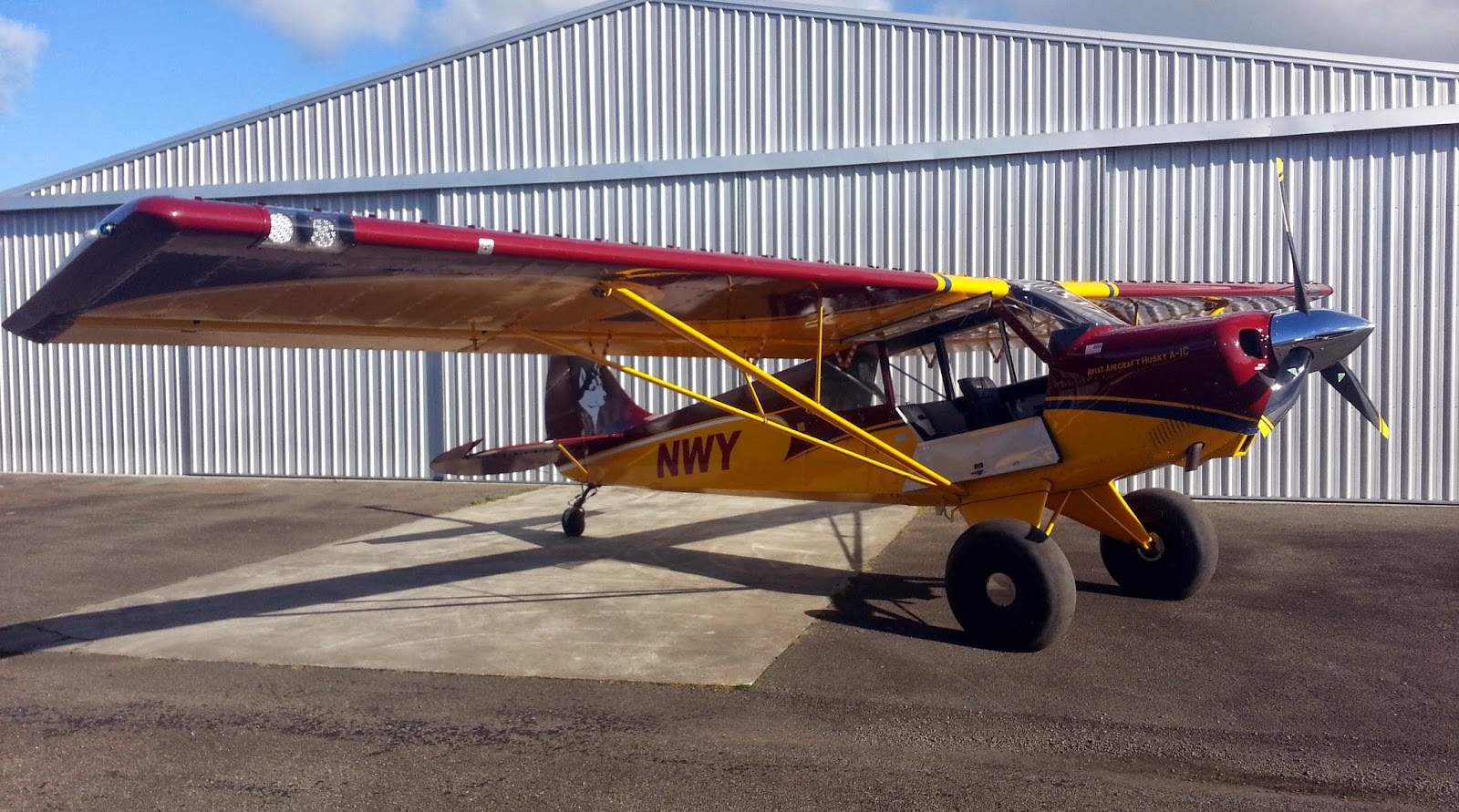 Below is an extract from the NZ Aviation News Magazine's ZK-Register Update Column.
Our second Aviat A-1C-180 Husky (After ZK-TWA2) has arrived and is now ZK-NWY2 with Peter Flintoff of Torana Investments of Feilding. Built by Aviat Aircraft Inc at Afton, Wyoming as N37WY it gained its airworthiness certificate on 15-01-2011.  It has the 29 inch Tundra tires, a three bladed prop and an Alaska tailwheel plus upper leading edge turbulators. It moved over to Alpine Aviation at Alpine, Wyoming by the end of April 2011 and then to Joseph and Sandra Ratterman at Bacyrus, Kansas in December of 2011. Sold through Weaver Aero International its US registration was cancelled on 25-11-2013 for its move to Feilding. It retains the last two letters of its US registration as part of its new ZK markings. Peter also has the Jabiru J230 ZK-SLR.
Posted by Dave Paull at 15:02