Our first example of the tailwheel RV 7 followed nearly two years after our first tri-gear RV 7As.

For specs of the RV 7/7A refer to my previous post at www.nzcivair.blogspot.co.nz/2014/05/vans-rv-7as-of-new-zealand.html  Again, there is little difference in performance between RV 7s and RV 7As with the same engines.

We have had 8 RV 7s registered in New Zealand to date, with 3 of them being US imports.  All are still current.  I undertsand that there are a lot of RV 6/As and RV 7/7As for sale in the US, and our current high New Zealand dollar makes them attractive to import. 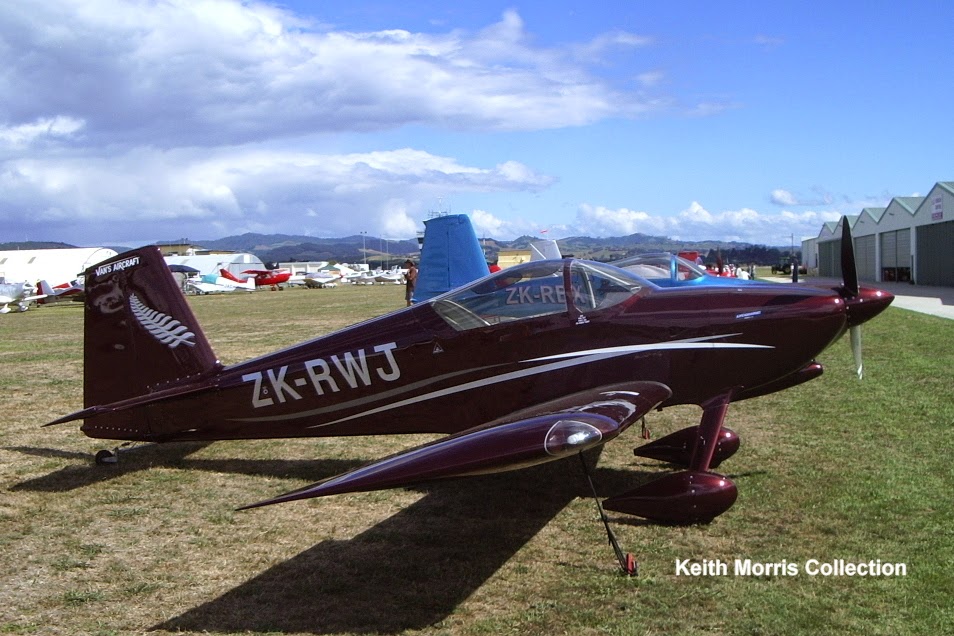 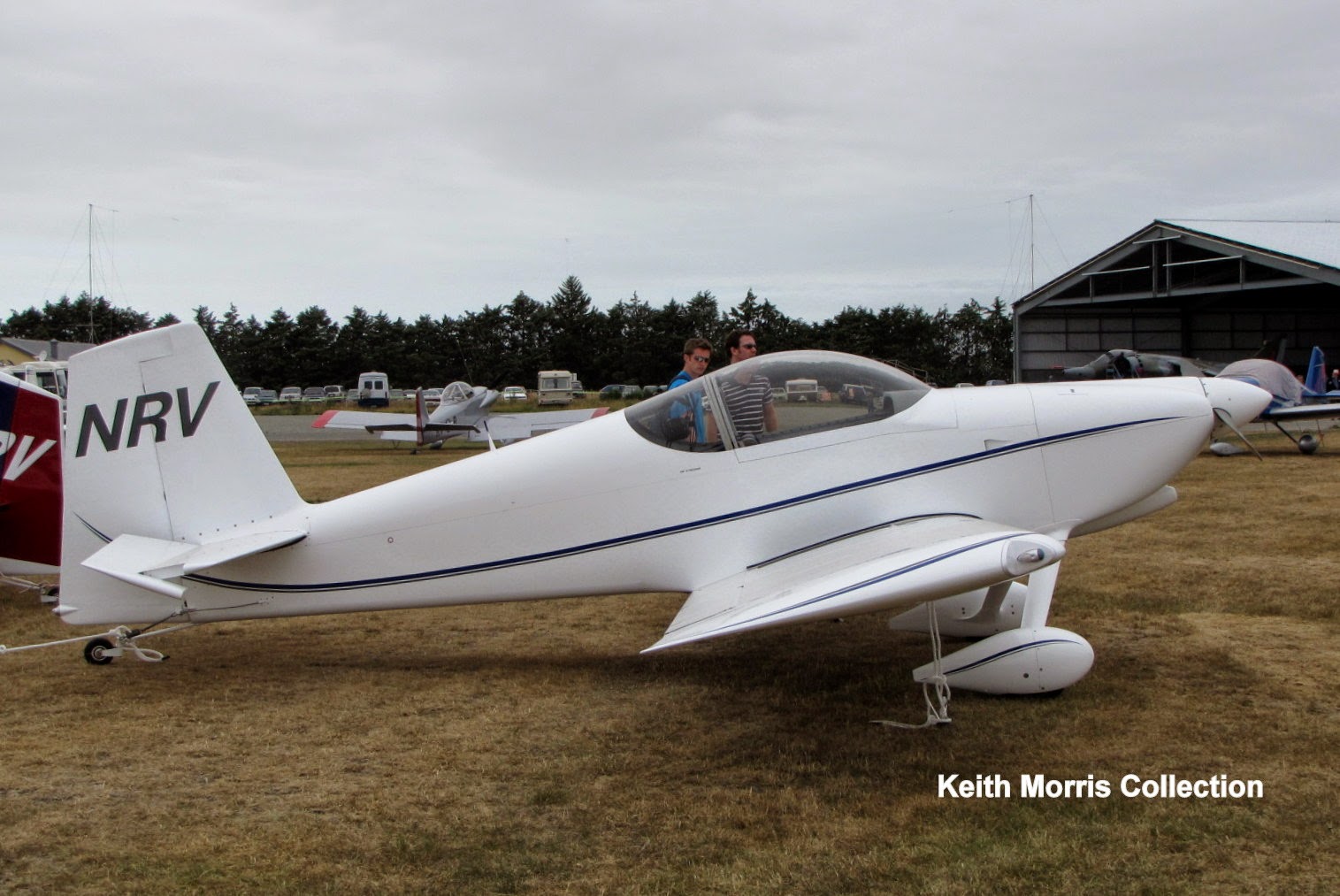 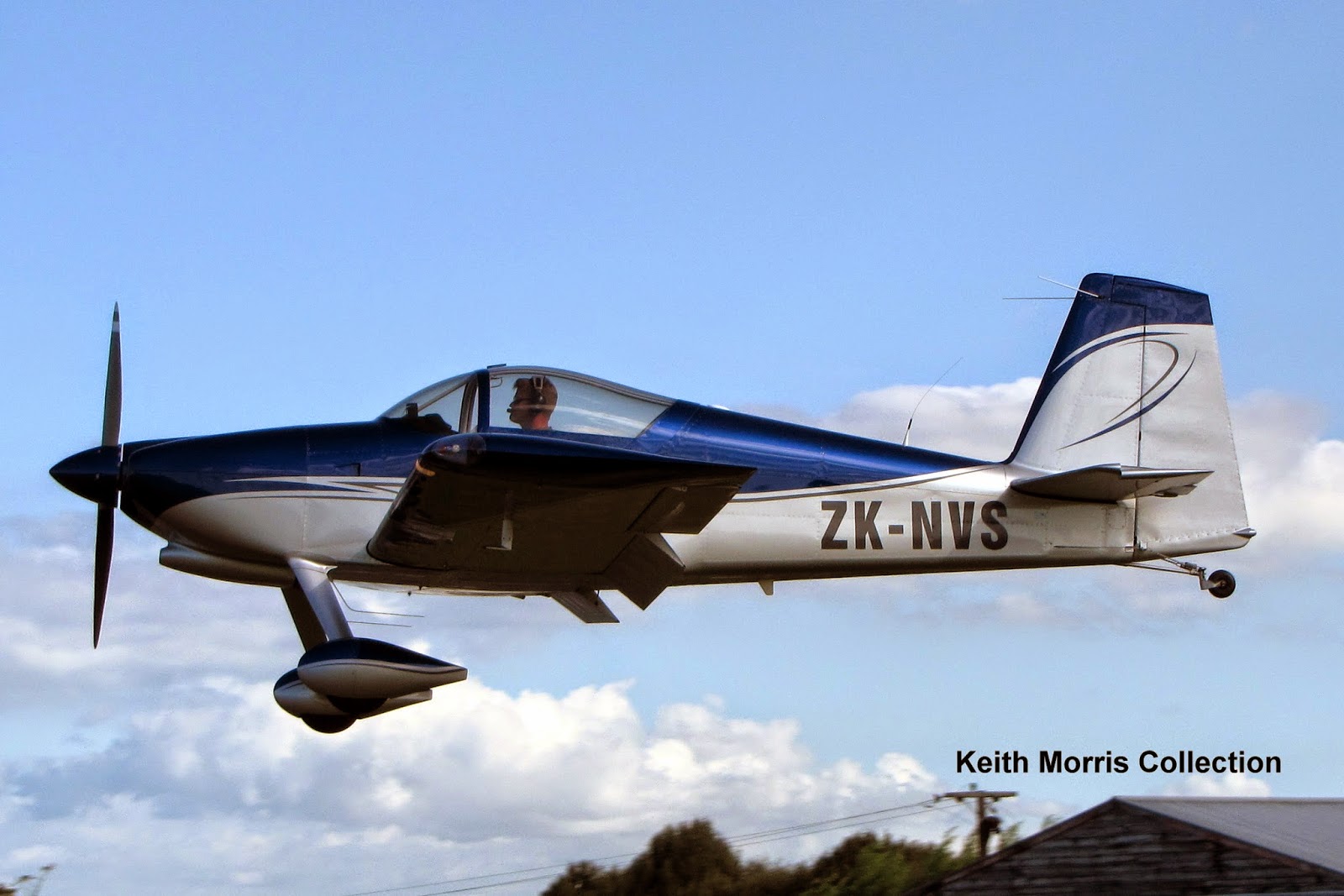 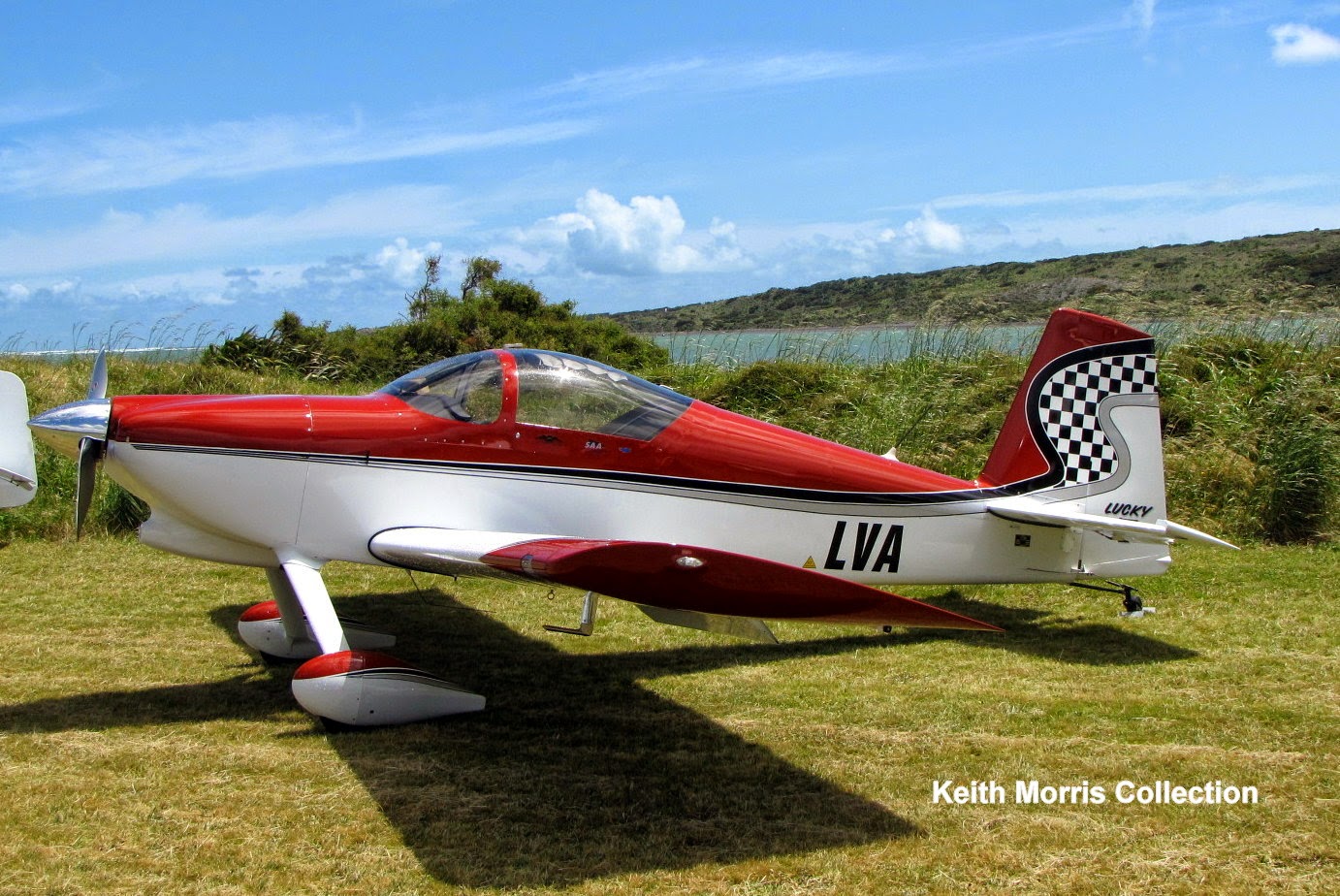 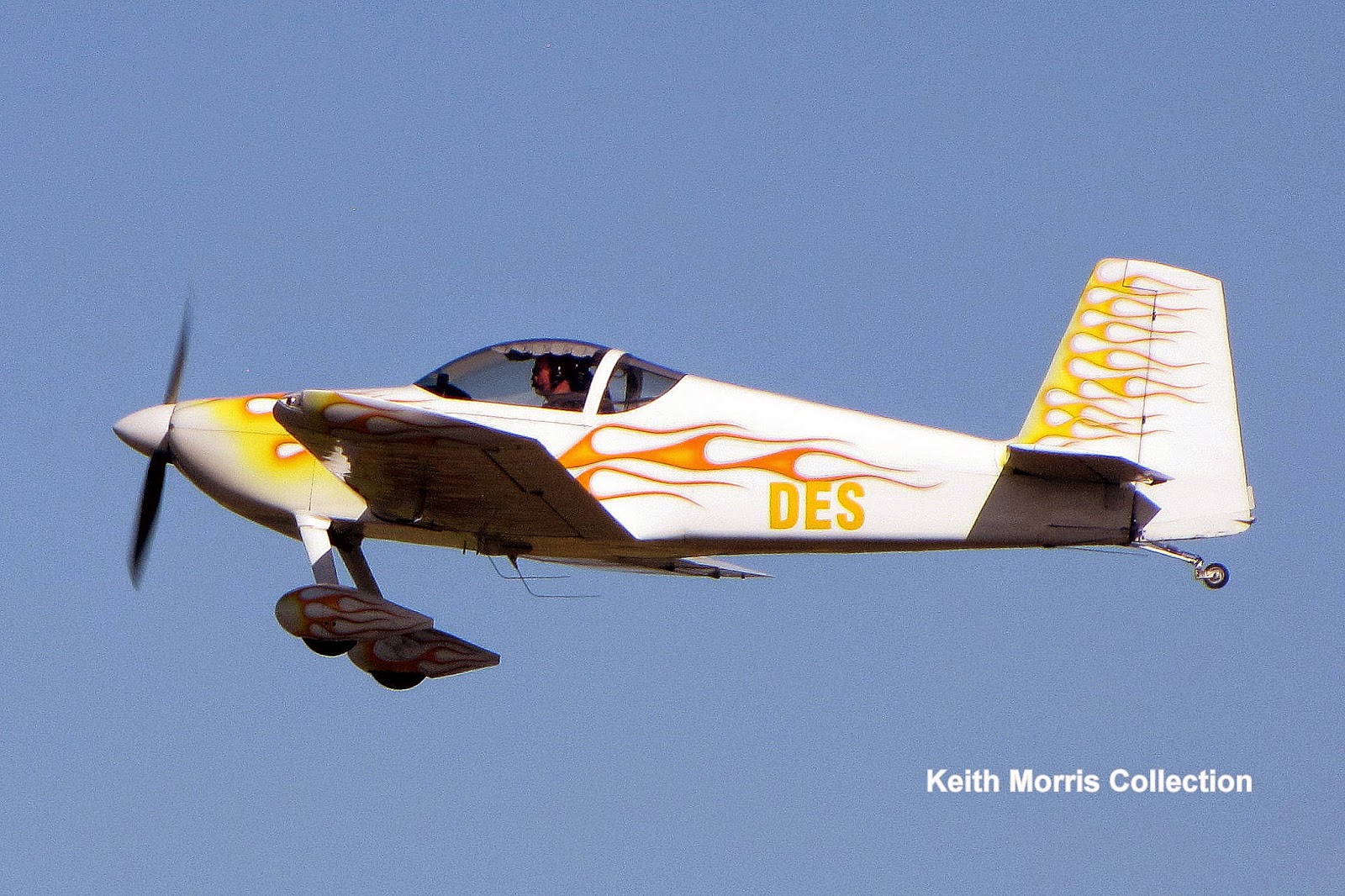 Another US import is ZK-DES (c/n 70334) which was built as N174RL.  It was imported into New Zealand by Spectrum Trade Ltd of Silverdale (Des Barry) and first registered here on 3/11/10.  It is photo'd above on take off from its base at North Shore Airfield on 24/2/13.  Des is very active in ZK-DES and he also uses its sportsman aerobatics capability.

Our last three RV 7s (for now) are all pretty new (although one is only pretty new to New Zealand): 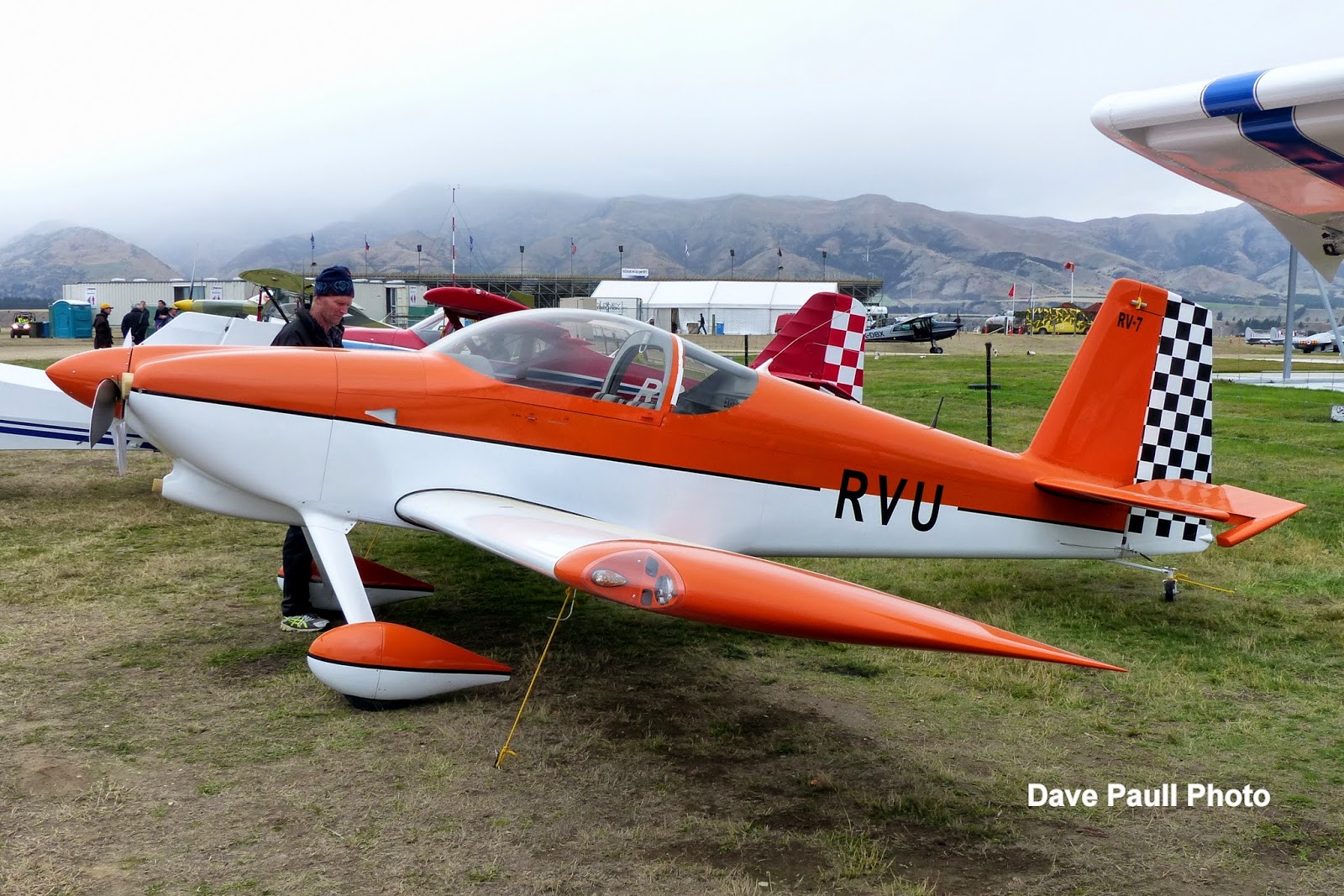 ZK-RVU (c/n 72949) was built by Michael Gorton of Riverton in Southland, and was first registered on 10/10/12.  It has only recently flown and its first airshow was the recent Warbirds Over Wananka, where Blue Bus took the above photo on 19/5/14. 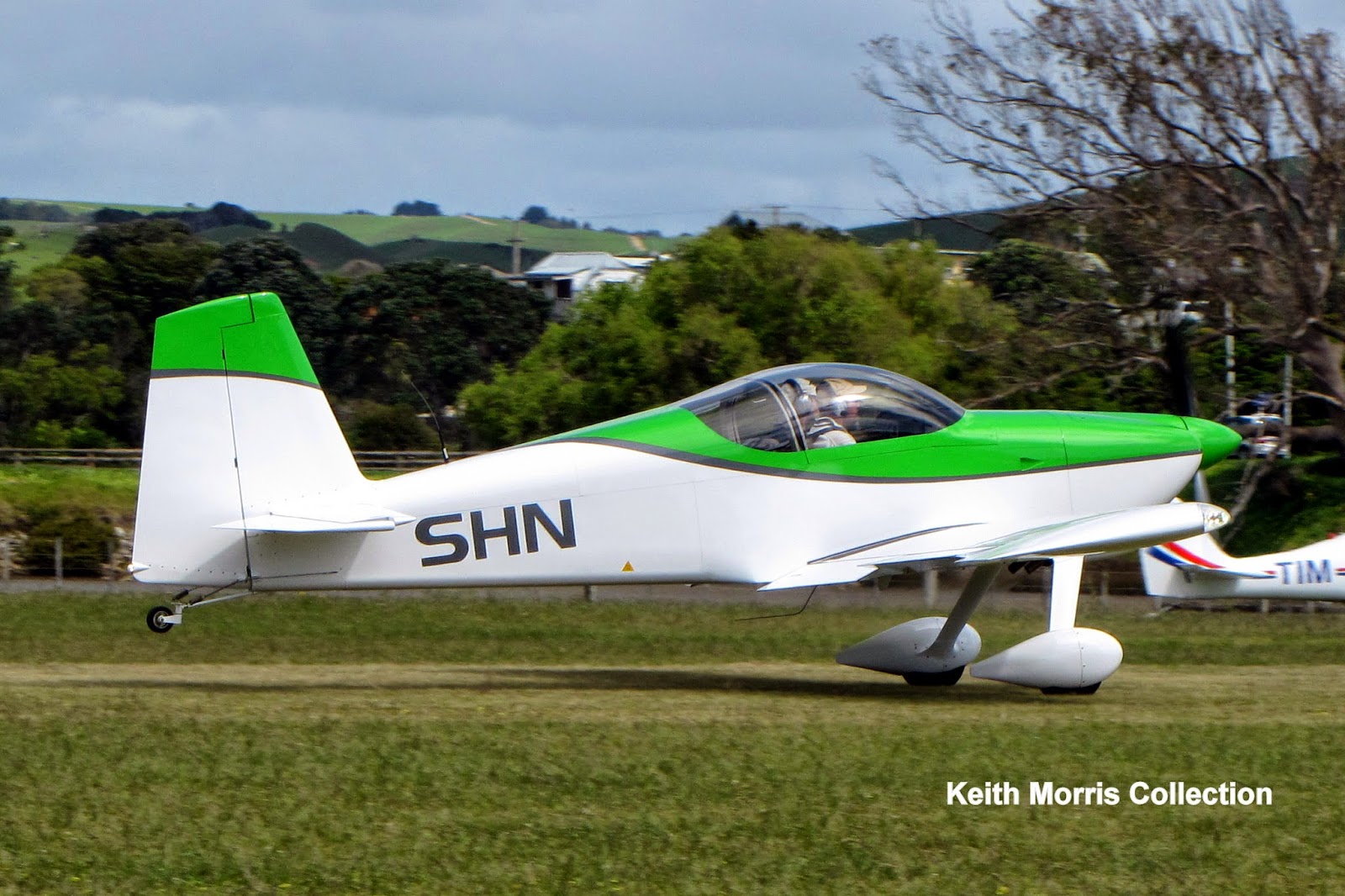 ZK-SHN (c/n 73115) was built by Chris Schoen of Kaponga in Taranaki, and the aircraft was judged Grand Champion at the recent 2014 SAANZ flyin at Hastings. It was first registered on 24/4/13.  It is photo'd above departing Black Sands at Raglan for its home base at Hawera on 2/11/13, flown by Chris and Les Worsley.  Chris has written a very detailed article on the construction of ZK-SHN in the Autumn 2014 edition of the SAANZ magazine Sport Flying.  Chris designed the colour scheme inspired by the HondaJet, and did all the painting himself. 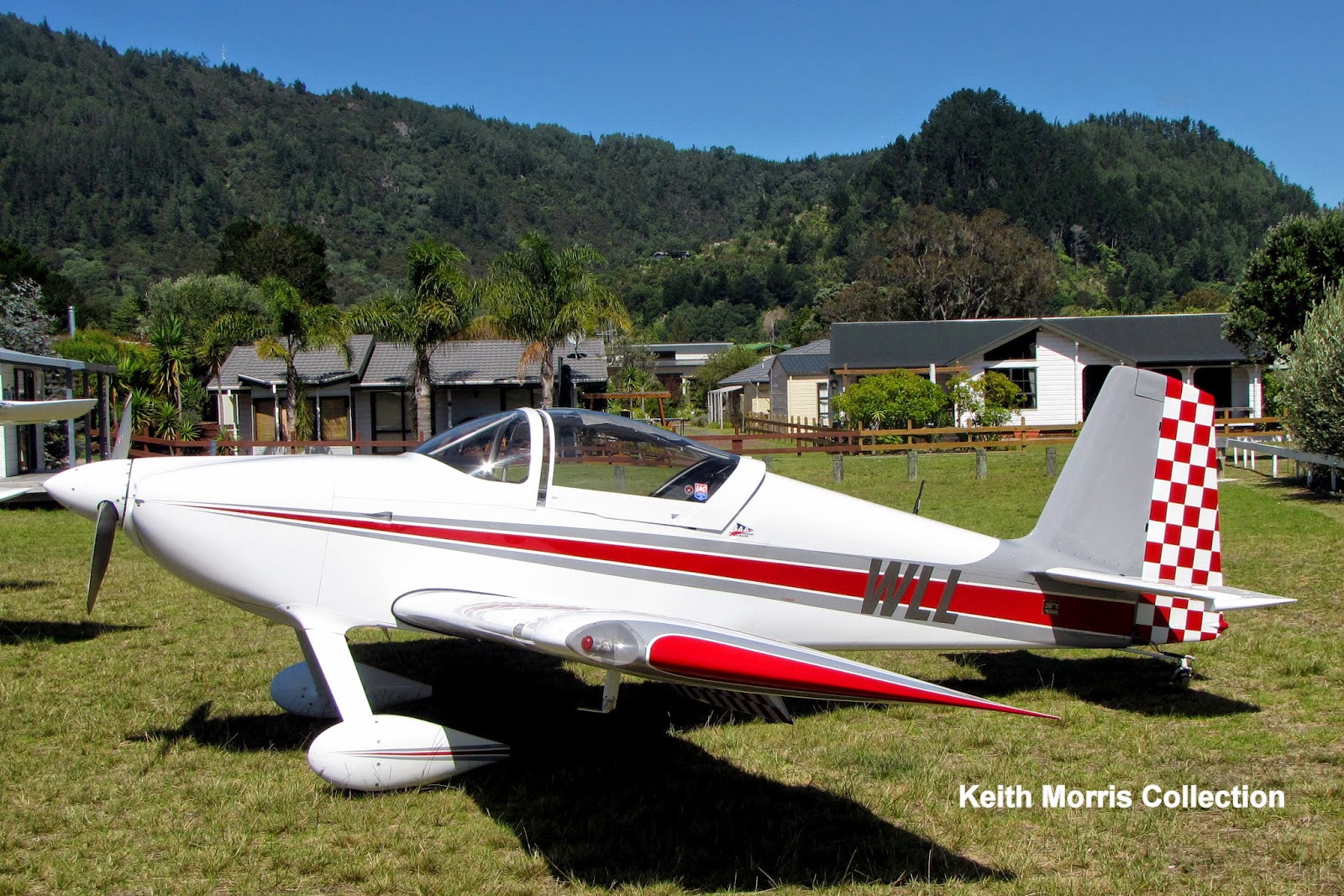