Vans RV 7As of New Zealand

I will carry on from the RV6/6As I have already posted, to the Vans RV 7/7As because the aircraft are so similar.  Both come with either tailwheel or nosewheel undercarriages and forward hinged or rear sliding canopies.

The Vans RV 7/7A series is a development of the RV 6/6A series but with improvements including a bigger cockpit, longer wings, bigger fin and rudder to improve spin recovery, increased fuel tankage and the ability to accept higher powered engines up to 200 HP.  The kit is computer generated where the holes in the various components are all very accurately pre-punched to allow for easier and more standard construction.  There is also a quick build kit where the basic fuselage tub comes ready assembled. 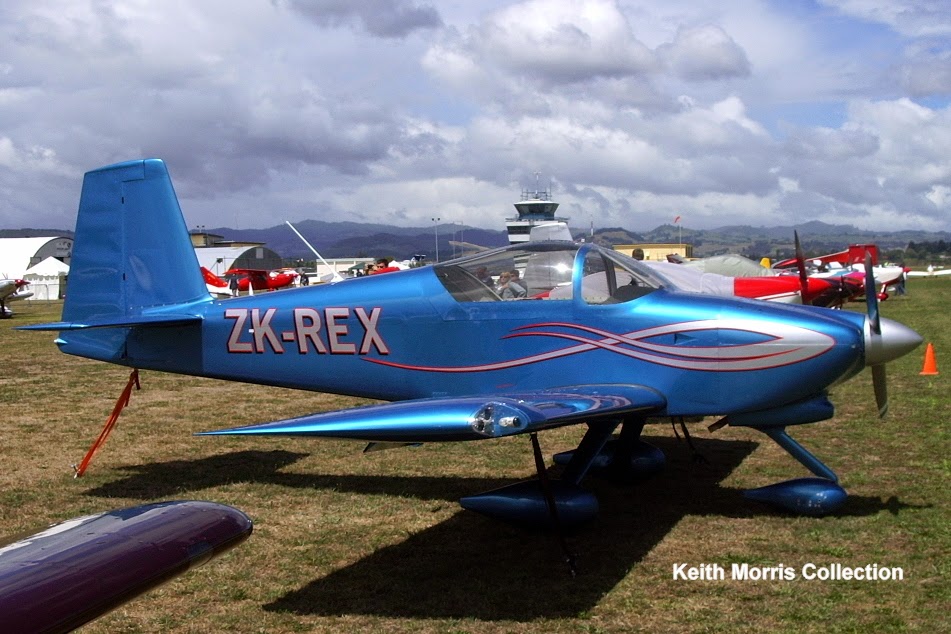 ZK-REX (the fourth use of this registration!), (c/n 71200) was built by Rex Newman and was registered to Rex and Ruth Newman of Blenhiem on 15/7/04.  Its first flight was on 9/10/04.  It is powered by a Lycoming O-360 engine.  The above photo was taken at the 2008 SAANZ flyin at Tauranga.  Its colour scheme has not changed at all over the years except for the addition of 2 small parallelograms of matching blue paint, as its registration was changed to ZK-RFX on 26/5/09. 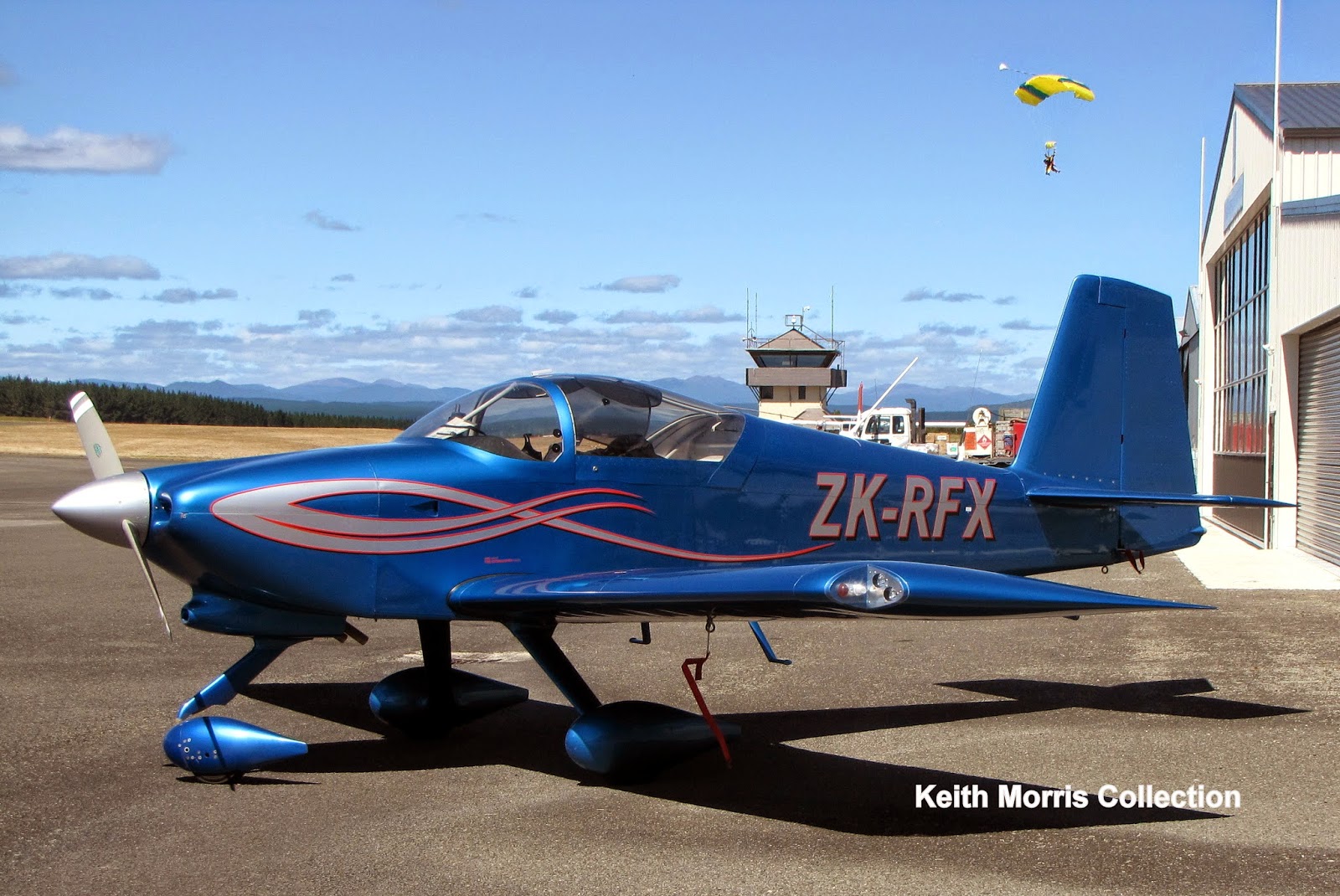 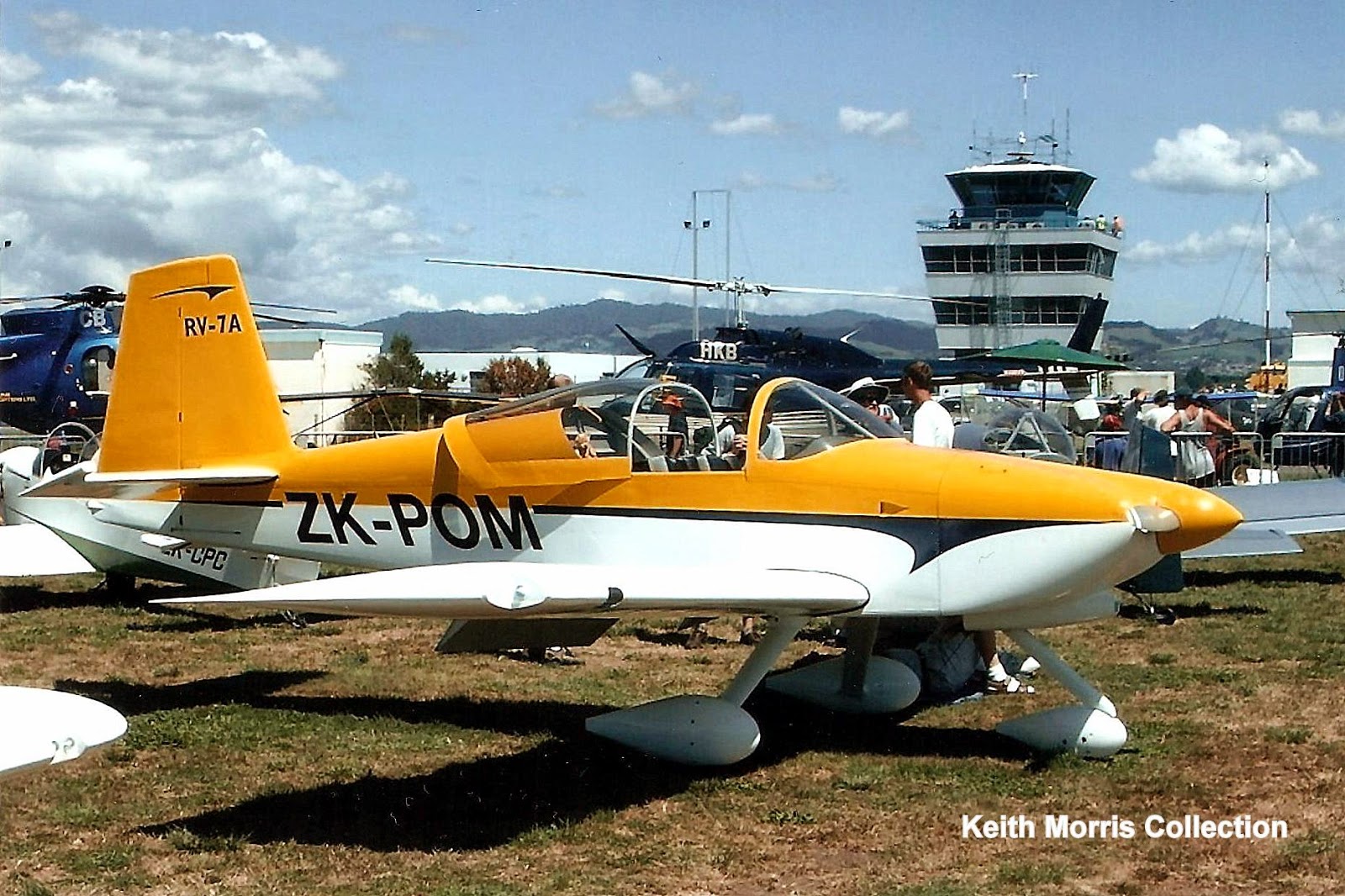 ZK-POM (c/n 70486) was built by Brian Cane of Silverdale and was first registered only eight days after ZK-REX, on 23/7/04.  It is photo'd above at the 2006 SAANZ flyin at Tauranga.  It is currently based at North Shore Airfield. 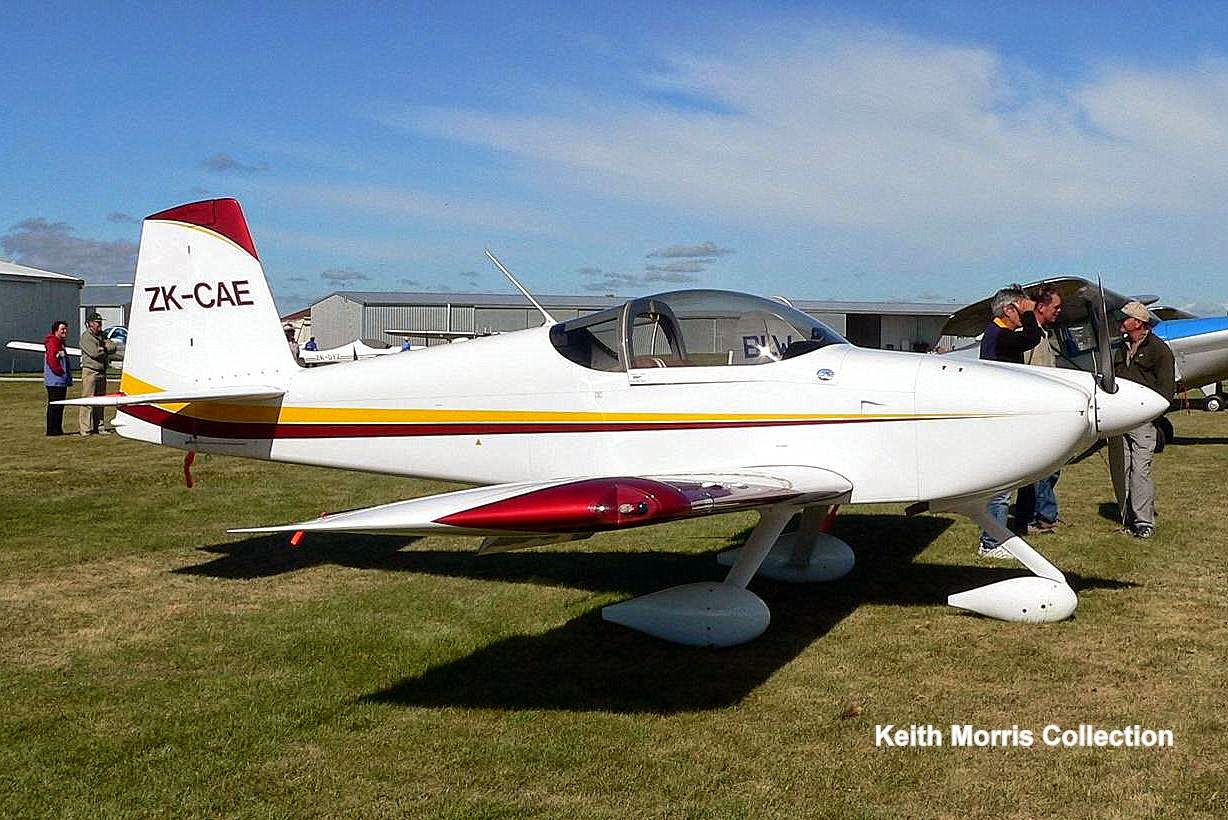 ZK-CAE (c/n 70213) was built at Queenstown by Tony Tompkins (with help from Sam Chatres), and was first registered to him on 3/8/06.  It is photo'd above at the 2007 SAANZ flyin at Ashburton by Blue Bus.  As with all our RV 7As, its colours have not changed at all over the years (although these aircraft are not as old as, say, our Jodel D 11 fleet).  Ownership was transferred to the Tony Tompkins Family Trust of Queenstown on 1/5/08 and very recently it has been bought by E L Property Investments of Hong Kong, on 10/5/14. 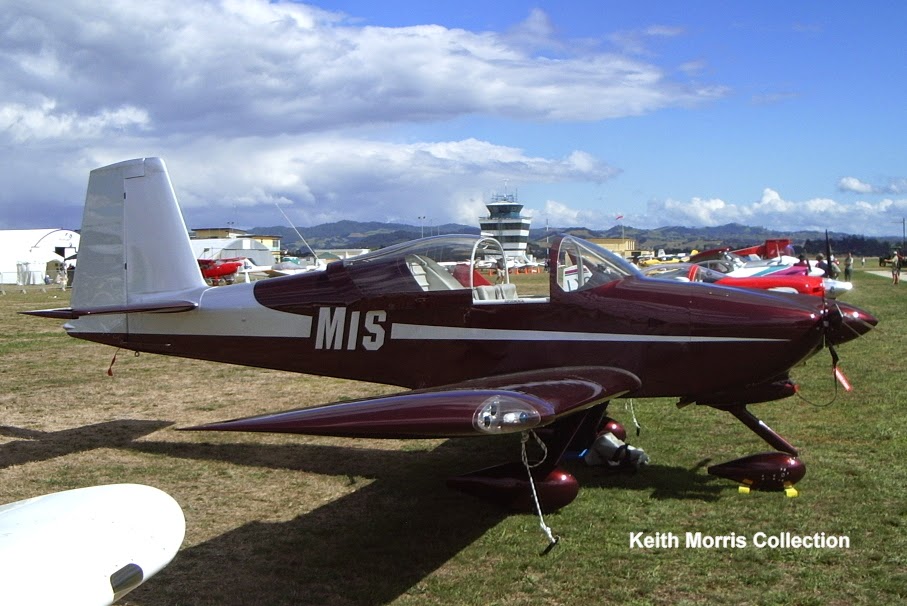 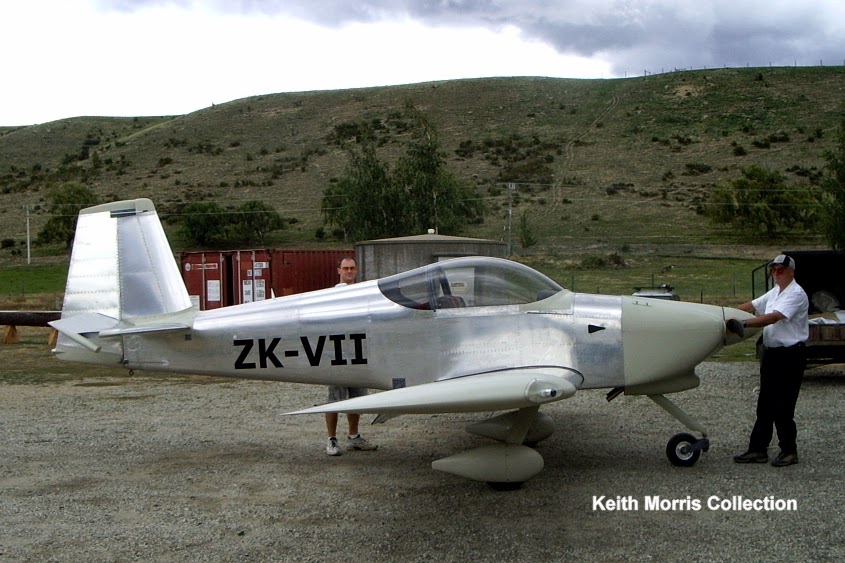 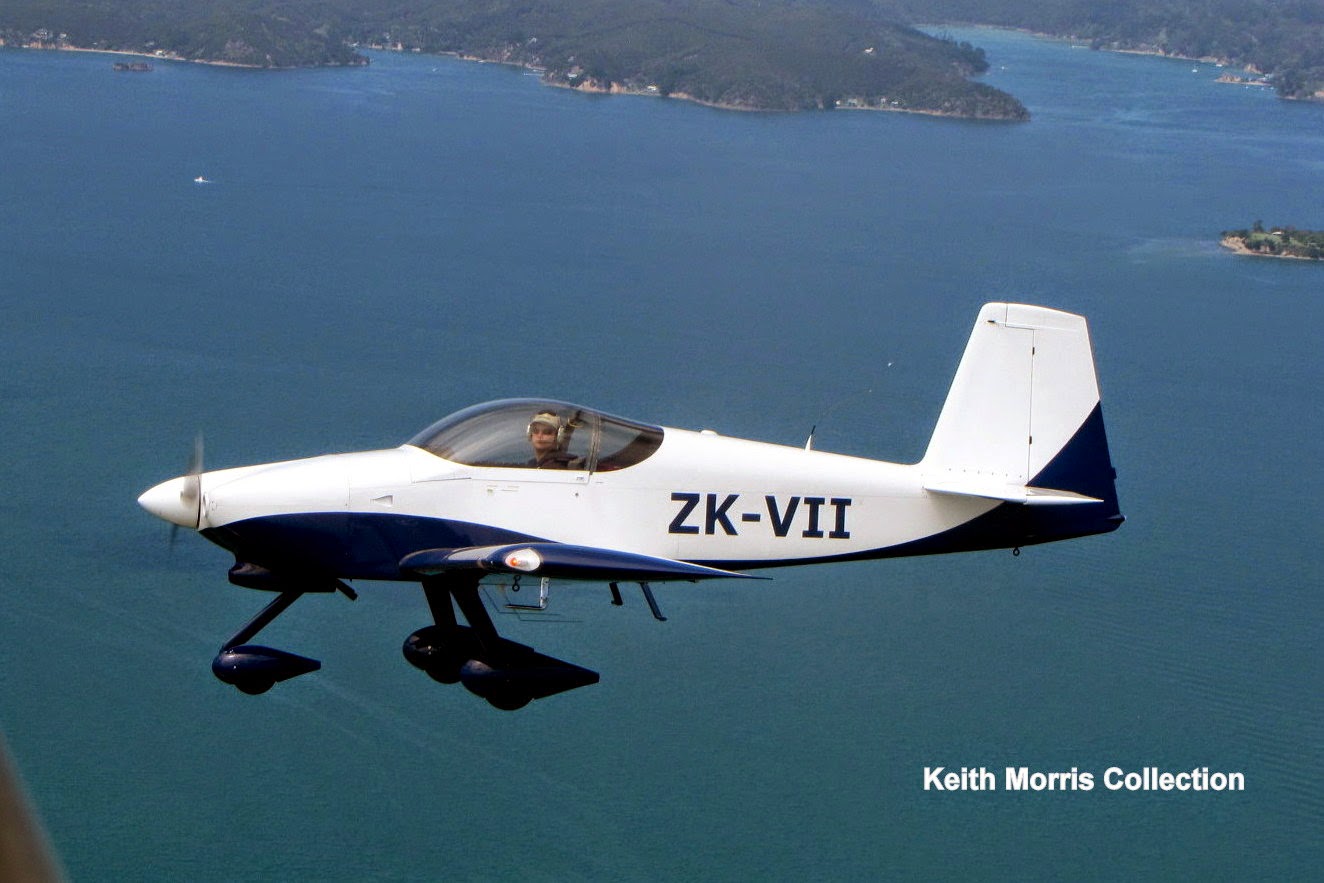 However ZK-VII has spent most of its life at North Shore Airfield where it is currently based.  It is photo'd above flying over the Mahurangi Coast on 16/10/10 with Carl at the controls.  The photo was taken from Lloyd Morris's Glastar ZK-MPO. 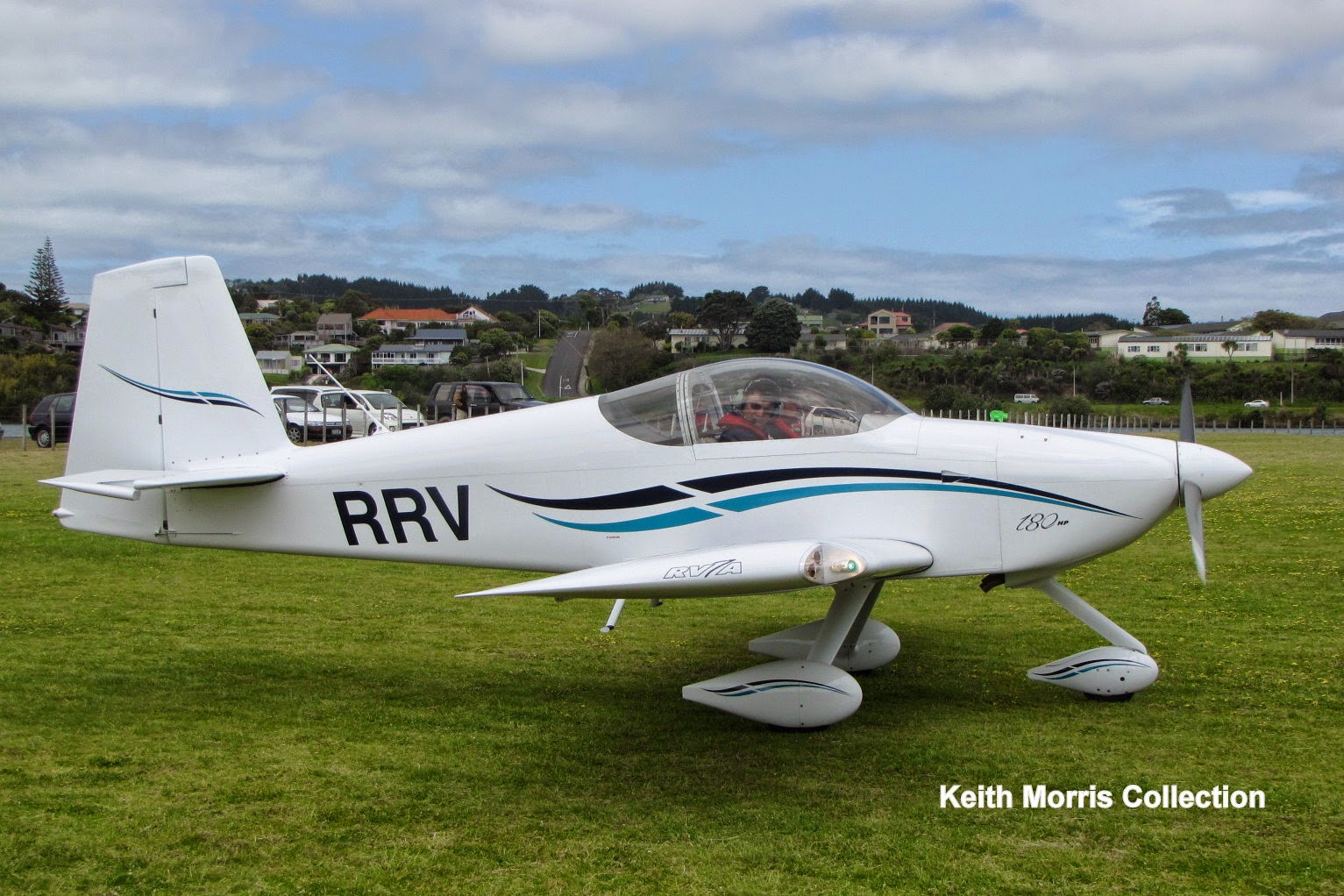 ZK-RRV (c/n 72840) was built by Ross McAinch and Andrew Thompson of Papamoa and was first registered on 17/4/09.  It has been fitted with an inverted oil system.  It is photo'd above at the 2009 Black Sands flyin at Raglan.  Another RV 7A ZK-REX also first appeared at Black Sands 2009. 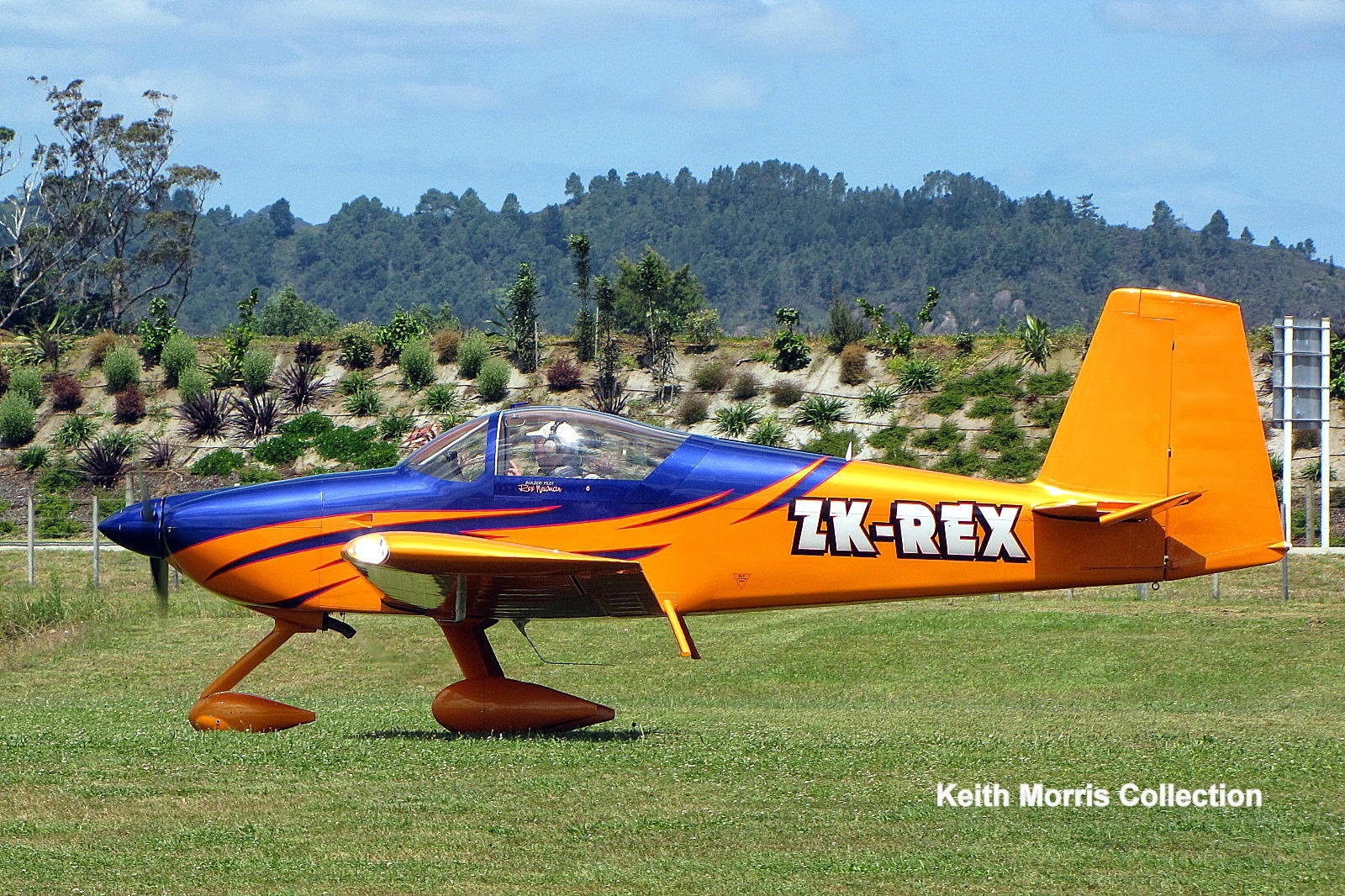 And here is the fifth incarnation of ZK-REX (c/n 73120), also built by Rex Newman of Blenheim and registered to Rex and Ruth Newman on 14/7/09.  It has an impressively specifieded YIO360M1B engine.  It is a very regular attendee at flyins around the country, and is photo'd above at the 2012 SAANZ flyin at Whitianga. 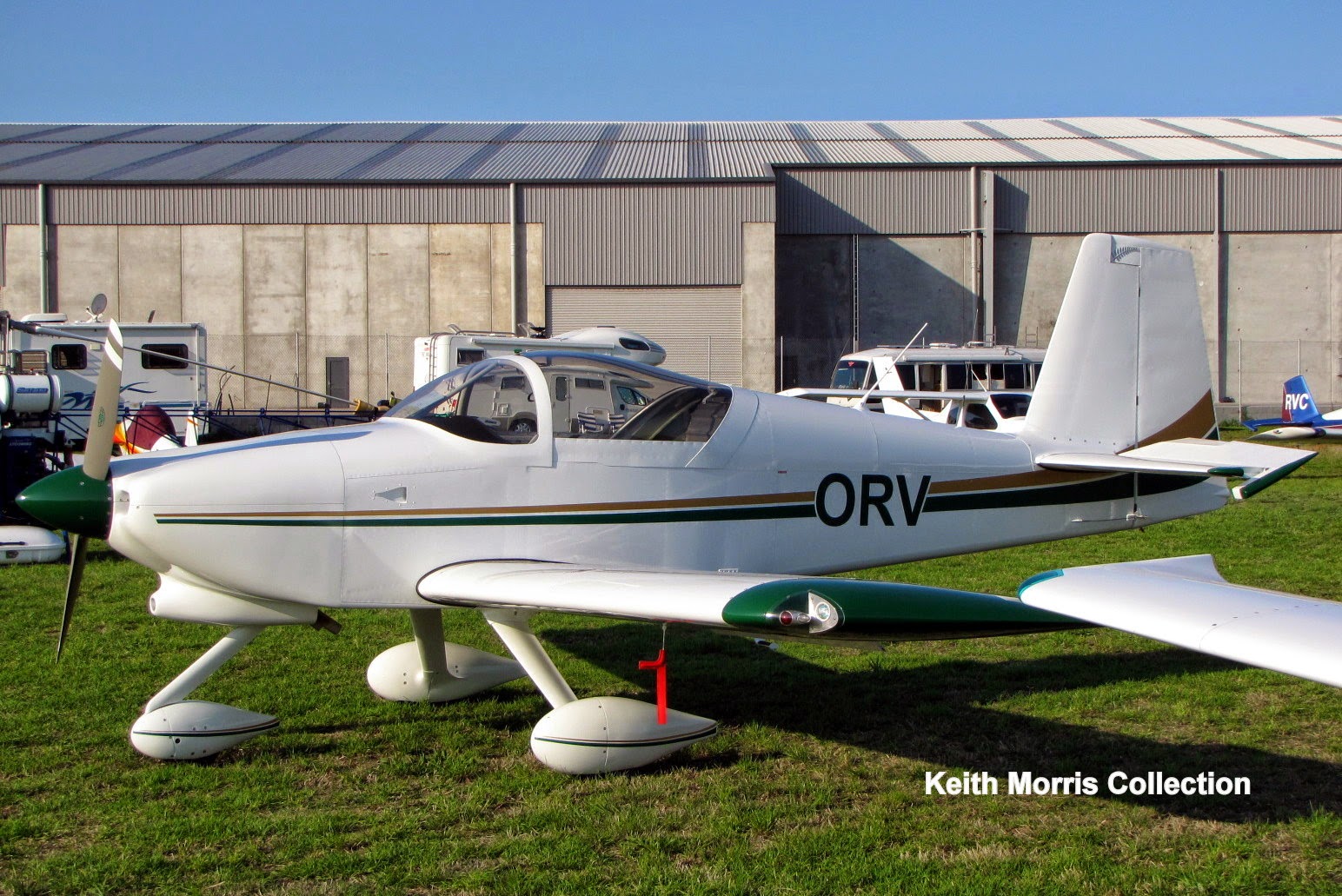 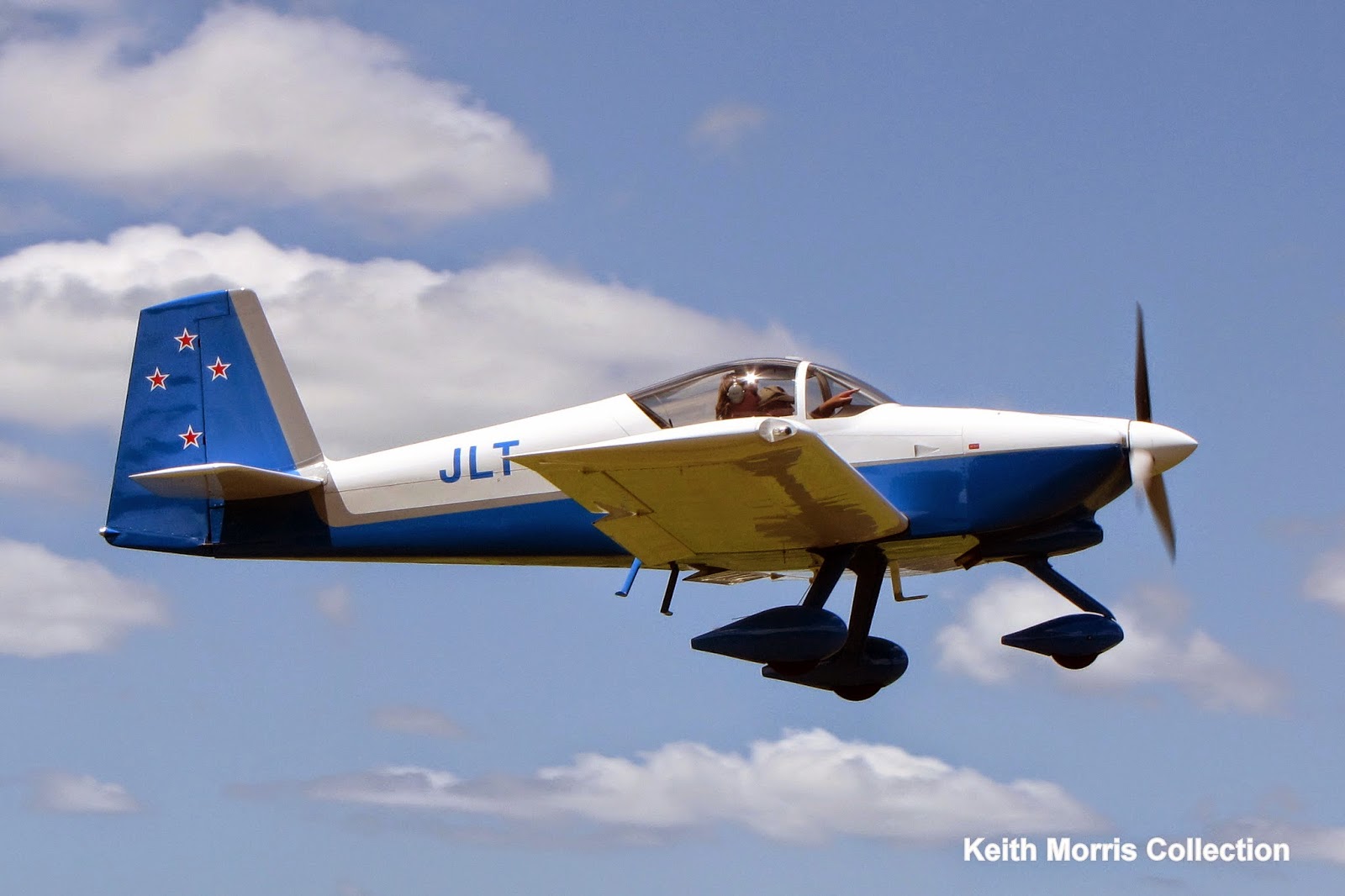 Also photo'd at the 2012 SAANZ flyin at Whitianga is our next RV 7A: ZK-JLT (c/n 71384) was built by Jim Talbot of Tauranga and first registered to him on 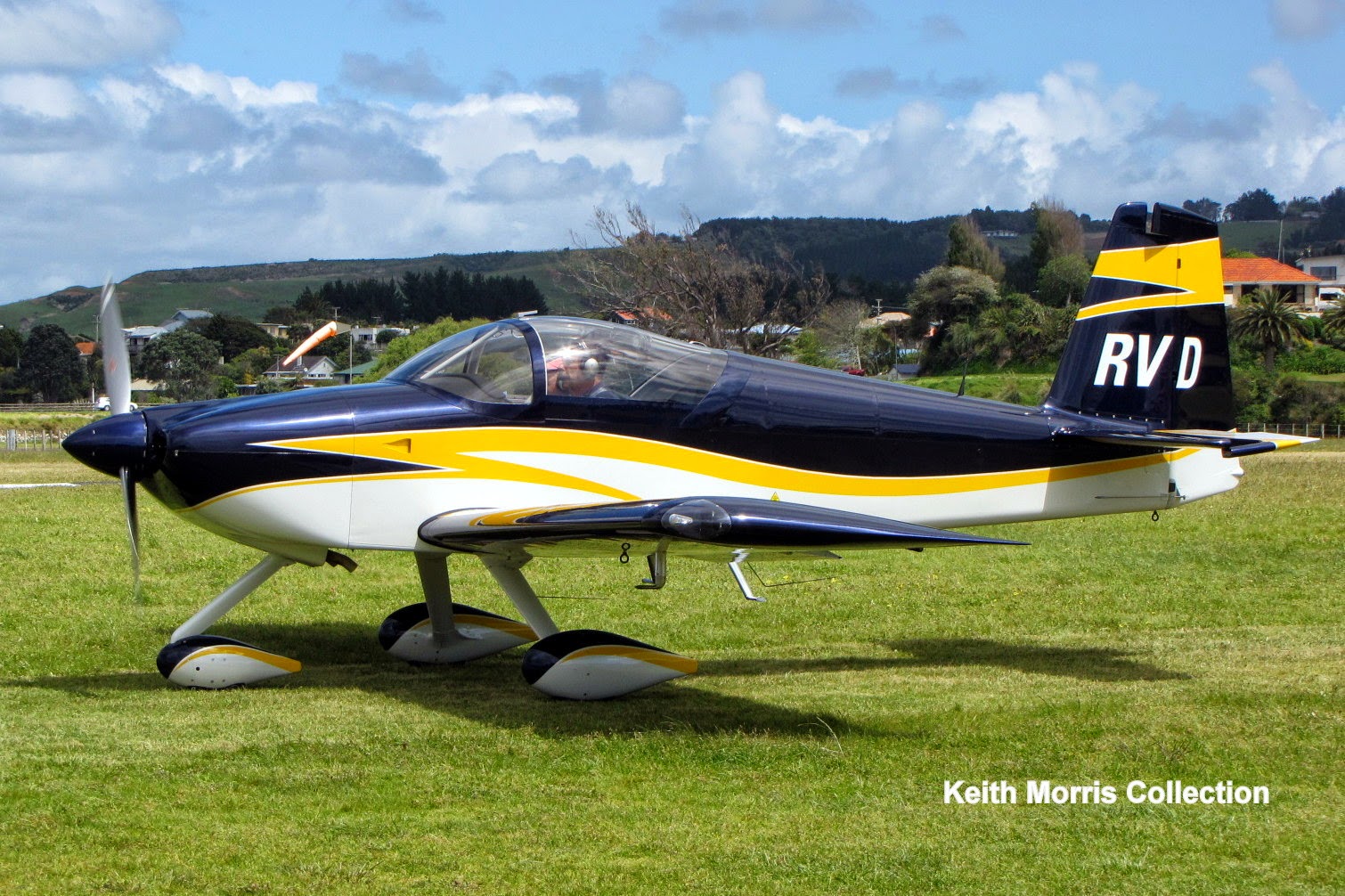 No doubt we will see many more RV 7As on the New Zealand Civil Register in the future, and the RV 7/7A series will overtake the RV 6/6A series as the most popular homebuilt aircraft type in the world.