Due to the spectacularly nice (but cold) weather today, it would have been rude not to pop up to North Shore Airfield.  As I have posted previously, there is always something of interest happening.

Today it was Tim Maynard's Jodel D 112D ZK-CGL arriving and carrying out some circuits before taxying back to its hangar.  This was the first time I have seen it flying and it was great to see.  This aircraft is our oldest Jodel, having been built by ETS Valledeau in France, so it was originally a factory built aircraft.  It first flew on 6 December 1957 and Tim has all of its original logbooks.

I have previously posted the history of this aircraft at www.nzcivair.blogspot.co.nz/2012/12/jodel-d-11s-of-new-zealand-factory.html 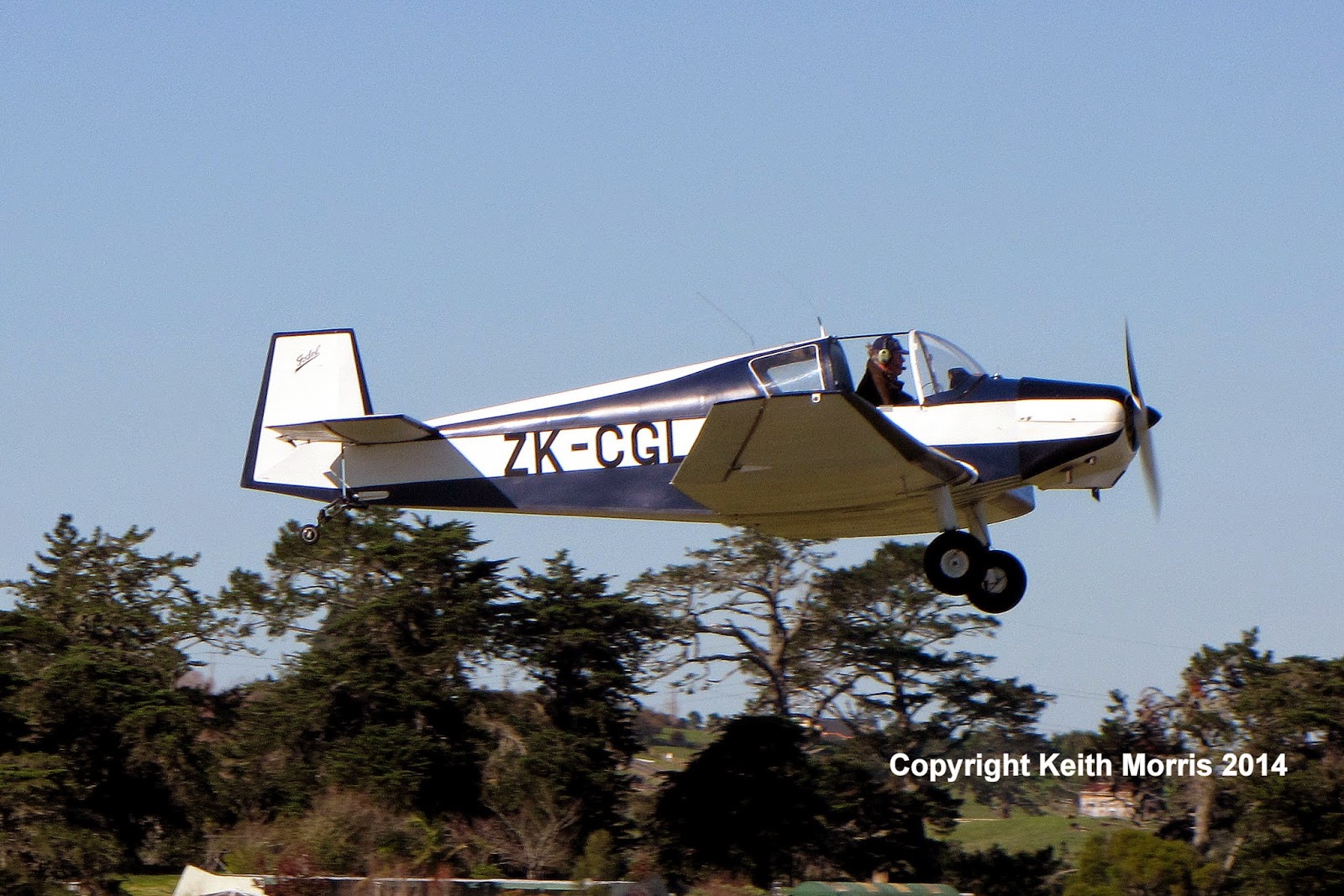 Here is ZK-CGL taking off for another circuit. 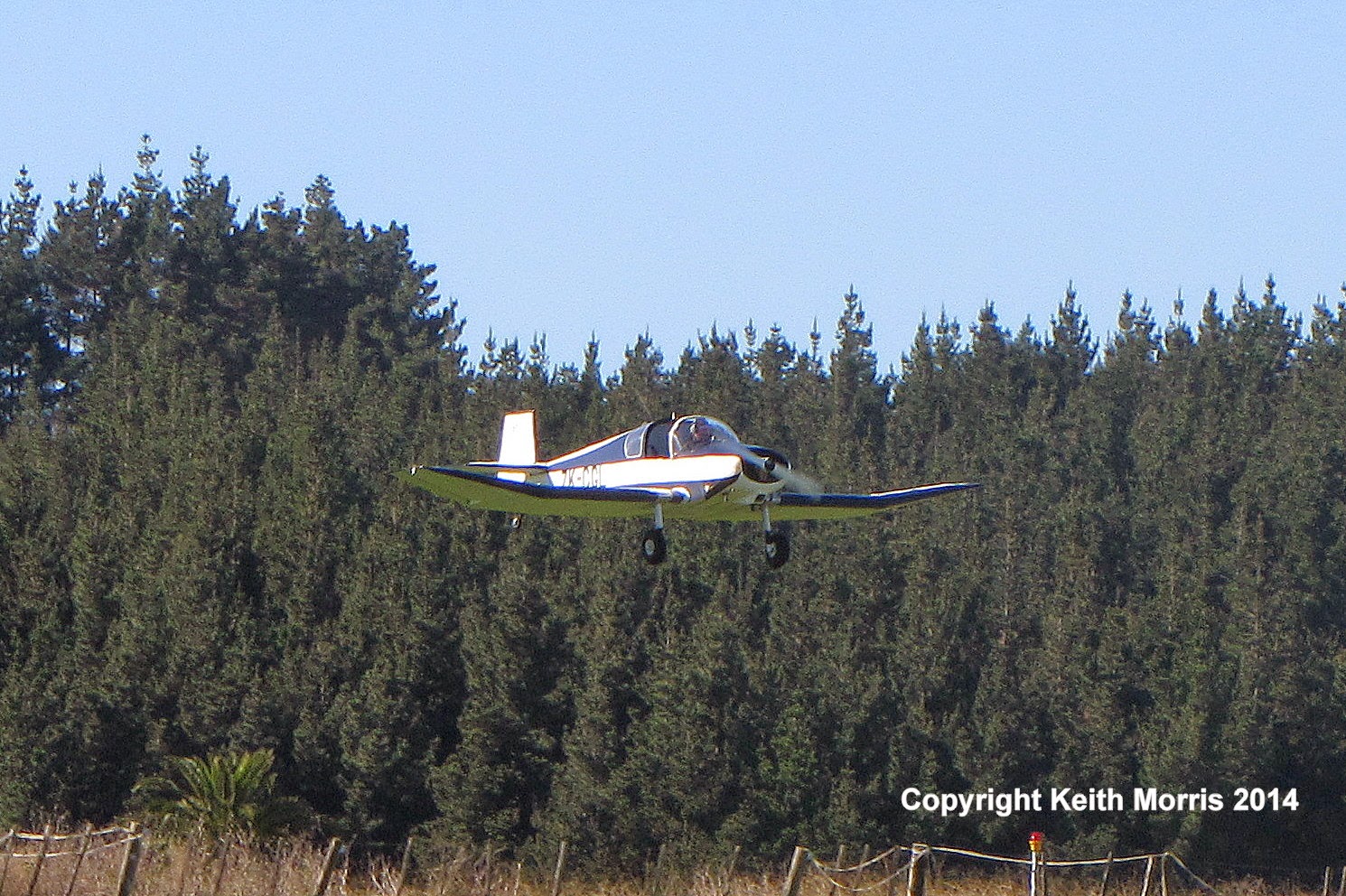 And on approach.  Notice anything different? 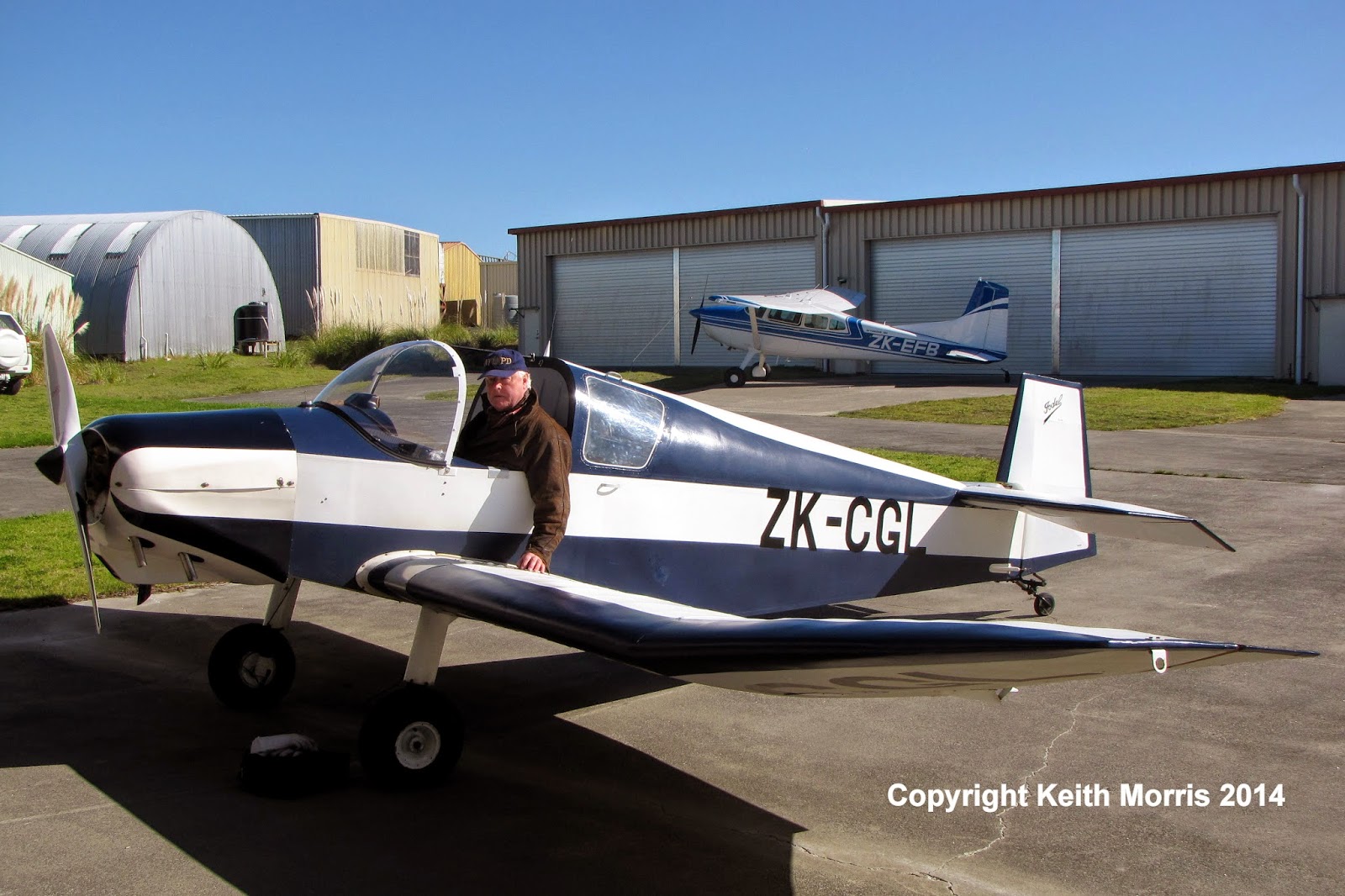 The difference is that ZK-CGL is flown as an open cockpit aircraft - the only D 11 that I have seen like this.  Here Tim Maynard demonstrates the lack of a canopy back at the hangar.  Tim told me that he really enjoys open cockpit flying and that he found the closed canopy to be a bit tight for him, so he installed a bar from the top of the windscreen back to the top of the turtle-deck.  He also installed a blanking off cover for the baggage compartment.

Tim also told me that ZK-CGL has a 65 HP Continental C 90 engine and that it has only flown around 1,750 hours in its 56 years.  He also rebuilt the aircraft after a crash when it was G-BCGL and this rebuild involved complete replacement from the cockpit forward and a new wing.  So there is a bit of a "grandfathers axe" about the aircraft!  But nevermind, it is great to see it still flying.