Vans RV 6As of New Zealand

With the success of the RV 6 (which followed the RV 3 and RV 4 - all taildraggers), Vans was inundated with requests for a tri-gear RV 6.  This made sense in America because many pilots had only flown tri-gear aircraft.  Thus the RV 6A was developed and it appeared in 1987.  It featured a steel rod undercarriage with a castoring nosewheel attached to the engine mount.  Again, it proved very successful with more than 2,500 RV 6s and RV 6As having flown to date, May 2014  (although I don't have a breakdown of the tailwheel and tri-gear numbers).

The RV 6A resulted in very little weight gain over the RV 6, and there was also negligible performance loss, so similarly powered RV6s and RV 6As have very similar performance (see www.nzcivair.blogspot.co.nz/2014/05/vans-rv-6s-of-new-zealand.html ).

The RV 6A can rightly claim to be a military aircraft as the Nigerian Air Force purchased 60 kits and had them assembled in Nigeria.  The NAF RV 6s are called "Air Beetles" and these aircraft feature a taller fin and rudder.  Another strange development was the Iranian AV 202 which was developed from the RV 6A but with a longer wing.  At least one of these aircraft was exported to Australia, with plans to export 50 of them - but I think these plans fell through.

We have had 9 RV6As in New Zealand to date, as follows: 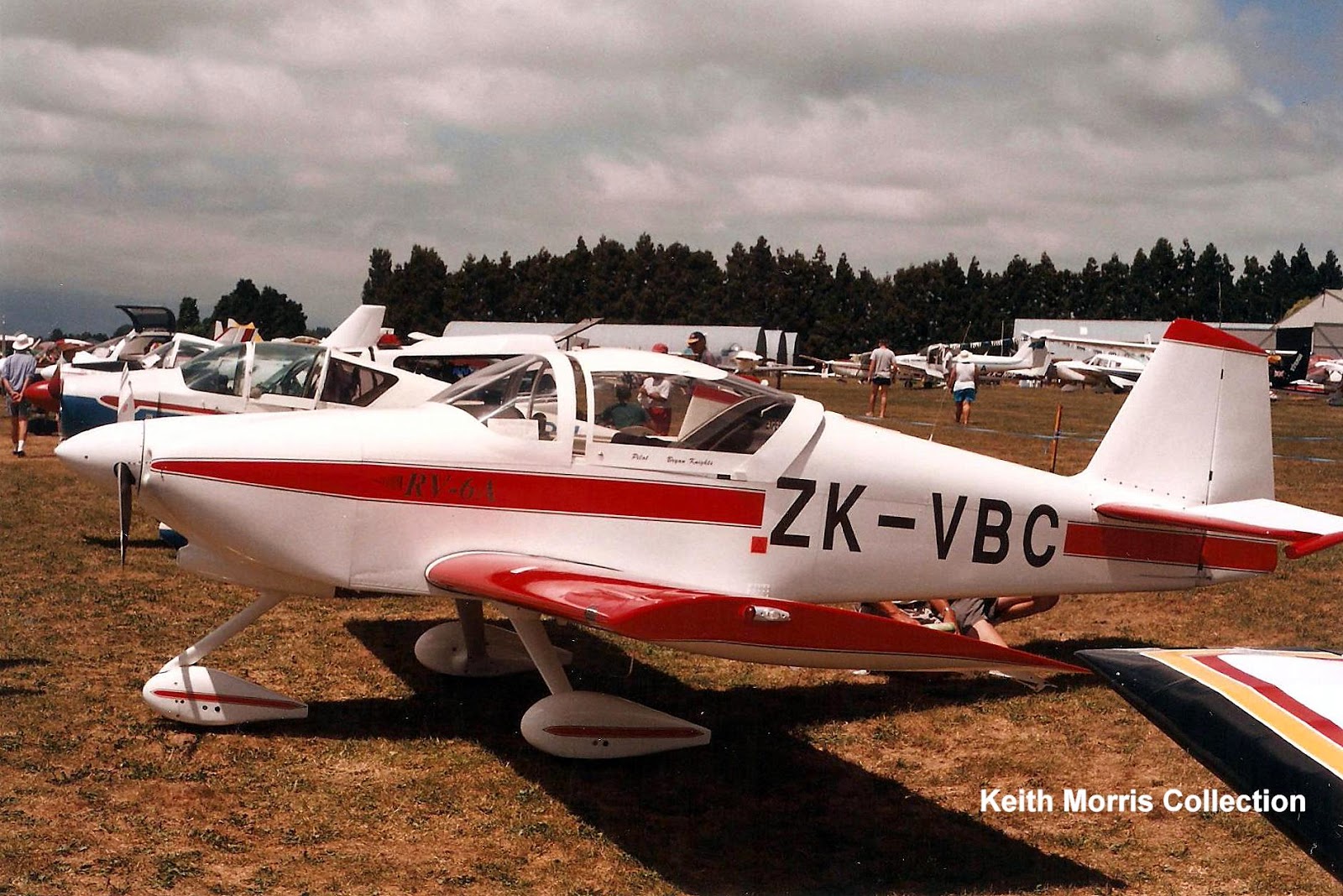 Bryan planned to fly ZK-VBC to the UK and he set off on 23/11/00 by flying from Auckland to Townsville.  Tragically Bryan was killed in an accident in ZK-VBC on 24/11 00 when the aircraft lost part of a propellor near Toowoomba and spun into the ground in the ensuing forced landing attempt.  ZK-VBC was cancelled on 11/9/01. 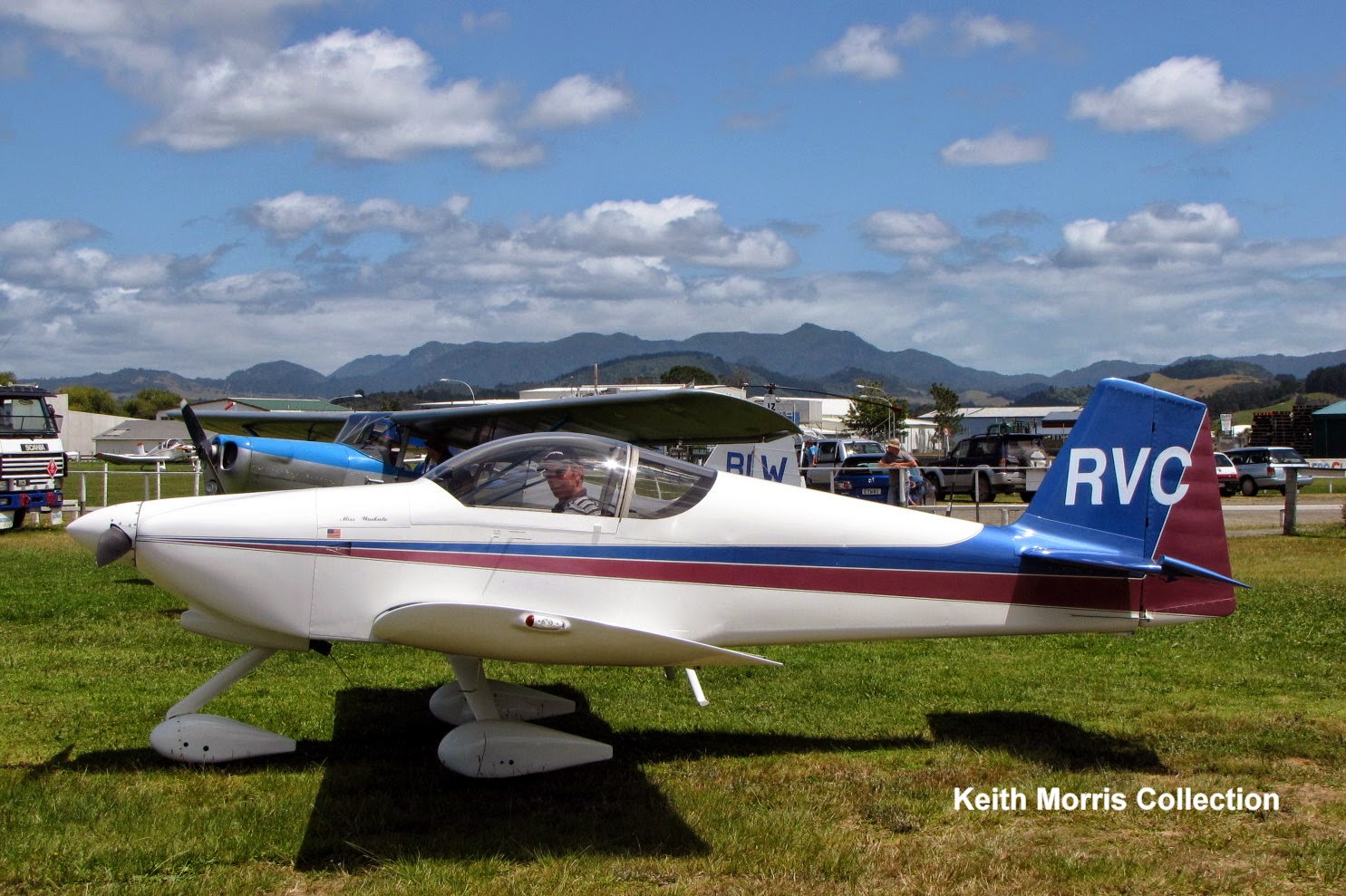 ZK-RVC (c/n 21608) was built by Case Groot of Matamata and carries on the colour scheme that he applied to his KR 2s.  Case first registered it on 20/11/98 and it is named "Miss Waikato".  It is powered by an O-320 engine and has not changed at all over the years.  Case is very active in attending various flyins in the aircraft.  The above photo was taken at the 2012 SAANZ flyin at Whitianga. 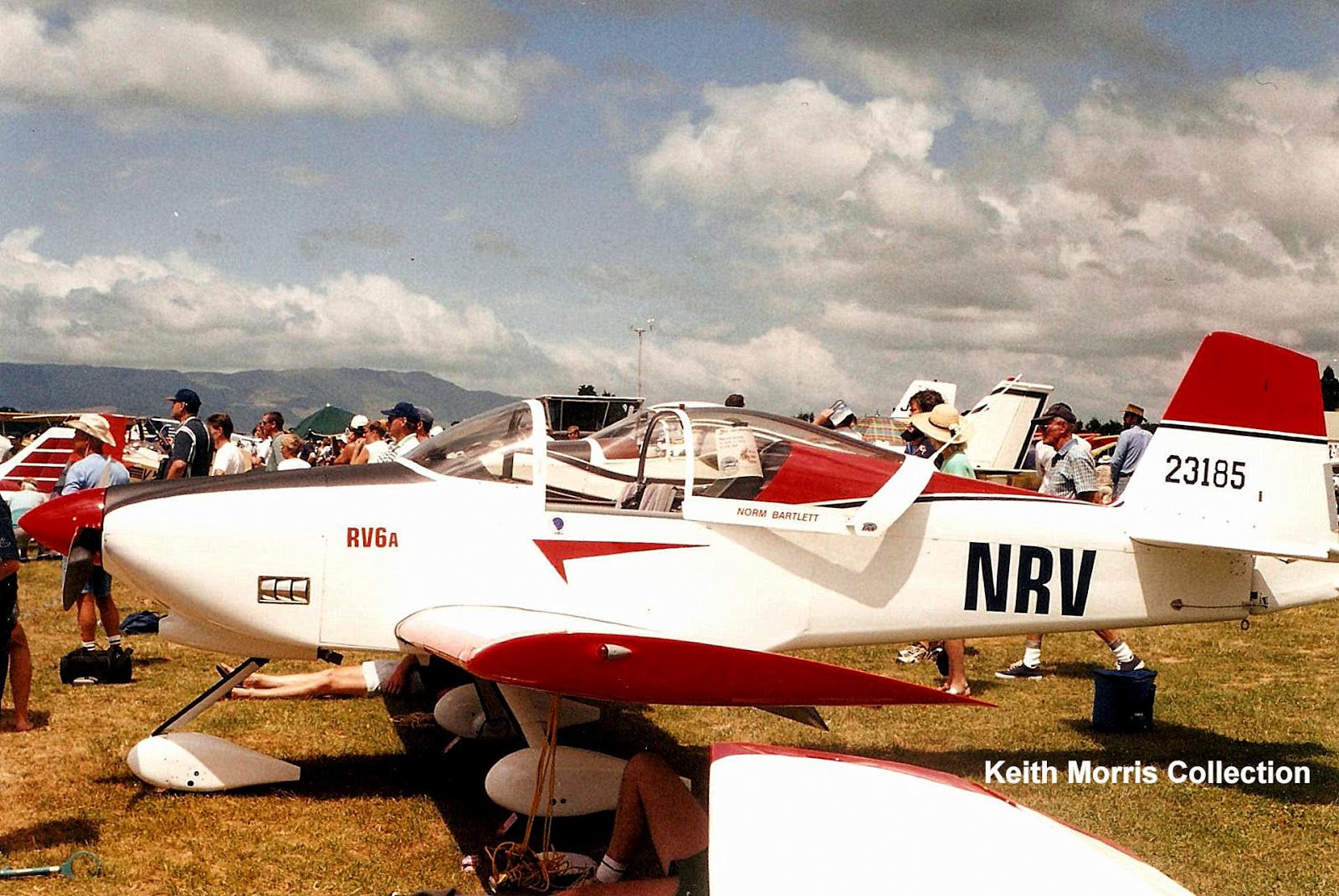 ZK-NRV (c/n 23185) was built by Norm Bartlett of Auckland and he painted it this colour scheme reminiscent of his Corby Starlet ZK-ONE.  It was first registered on 17/2/99 and it is photo'd above at the 2000 SAANZ flyin at Matamata. 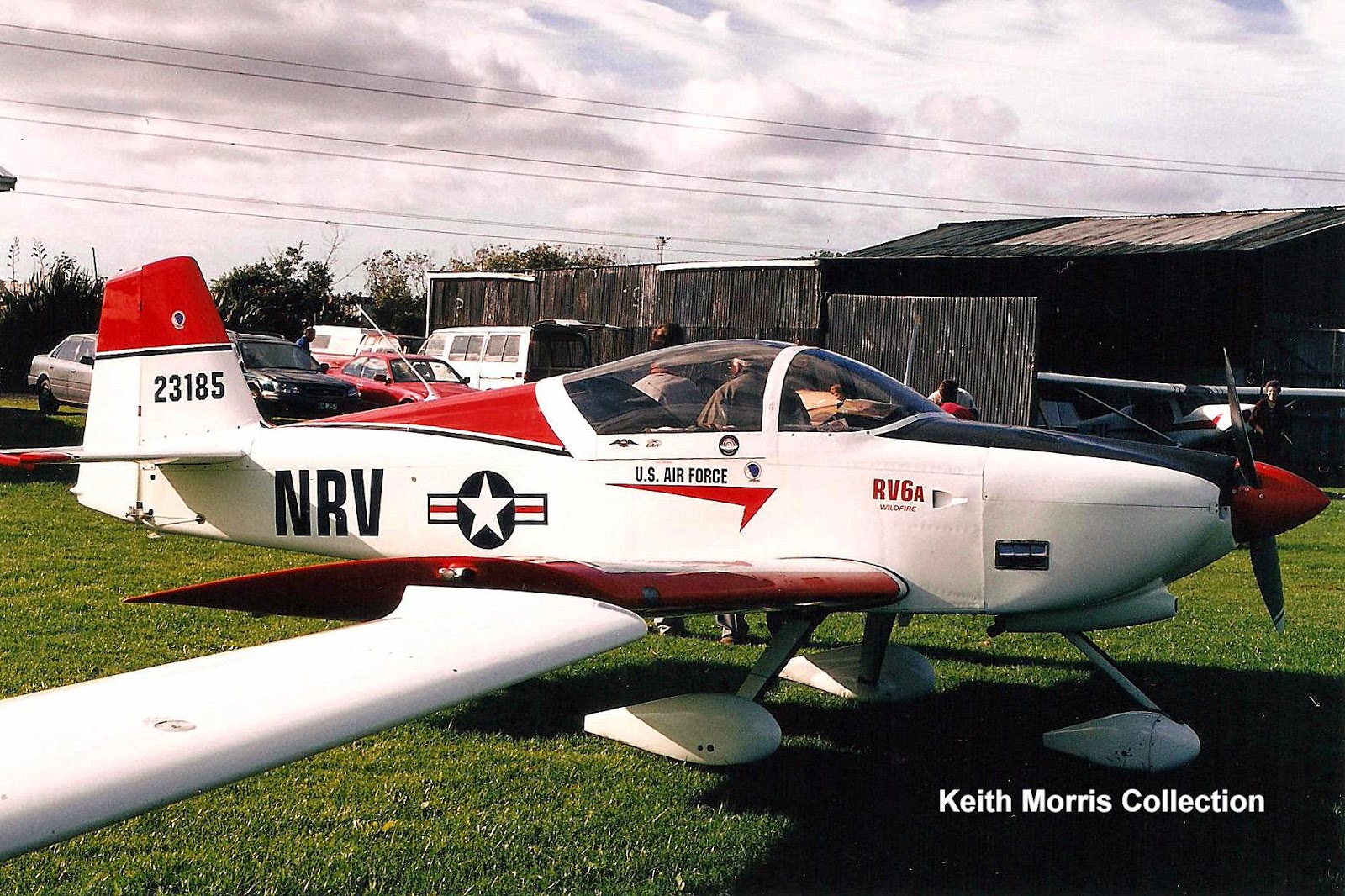 Later it acquired pseudo USAF markings as in this photo taken at Pikes Point airfield in 2004   Norm sold ZK-NRV to Australia where it is still registered as VH-NRV.  It was flown across the Tasman on  22/5/05 to Norfolk Island,and the rest of the way on 25/5/05.  It was cancelled from the New Zealand Civil Register on 7/6/05. 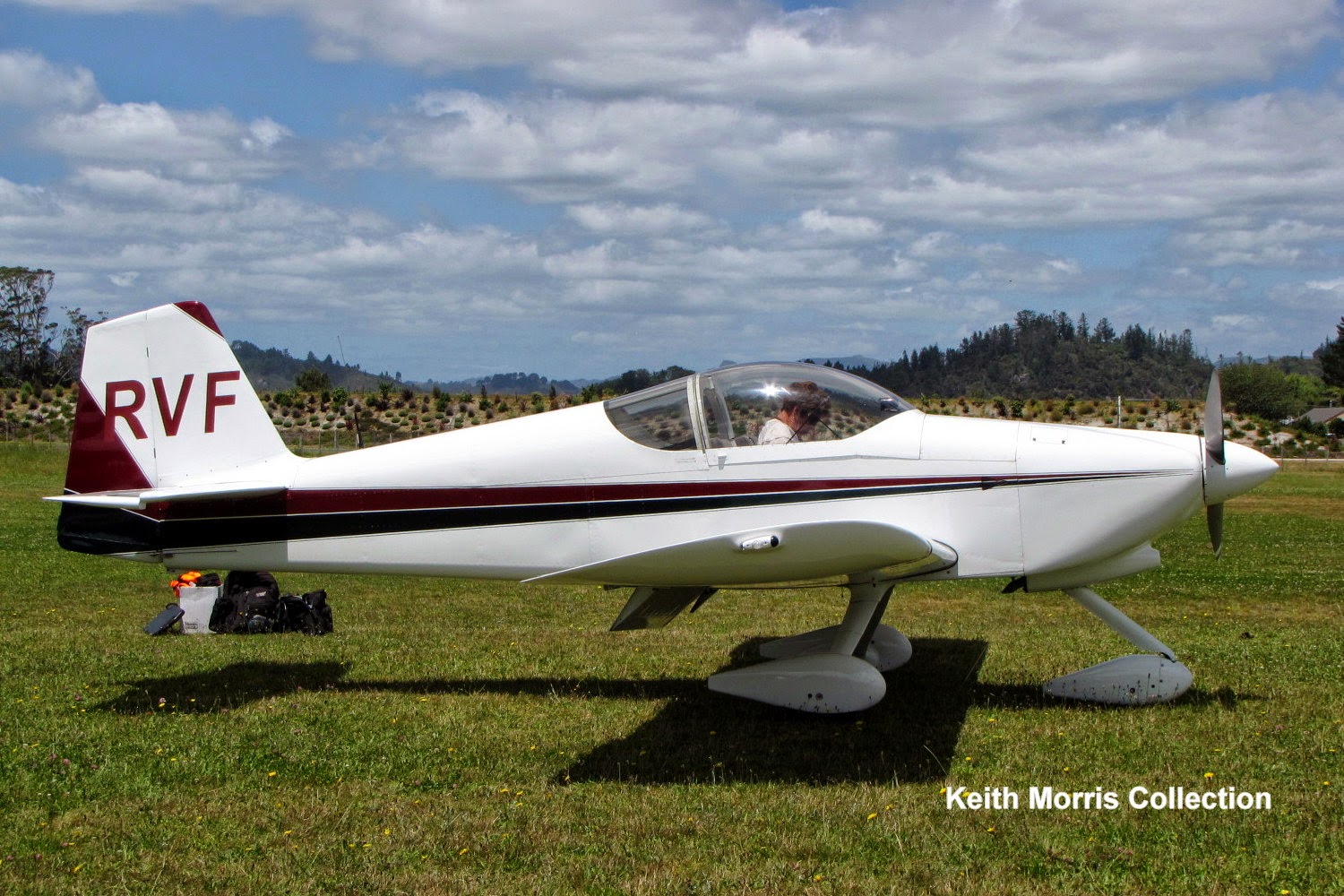 Another RV 6 that has not changes at all over the years is ZK-RVF (c/n 21496), that was built by Kent Ashton of Rotorua, and first registered to him on 19/9/00.  On 16/8/02 it was sold to the Cardinal Partnership of Tauranga (Ike and Trish Stevens), and Trish flies it in aerobatic competitions.  It is also photo'd at the 2012 SAANZ flyin at Whitianga. 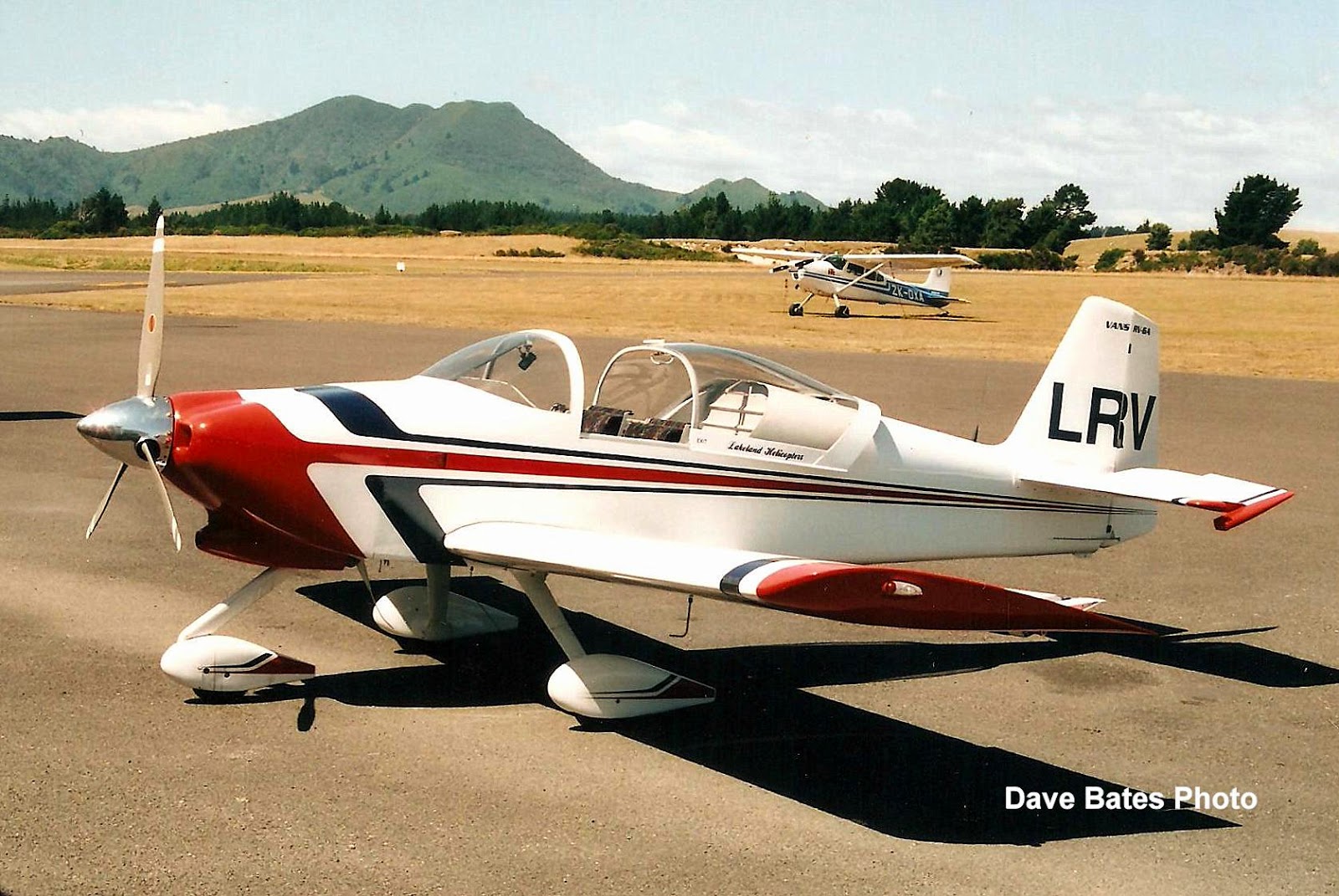 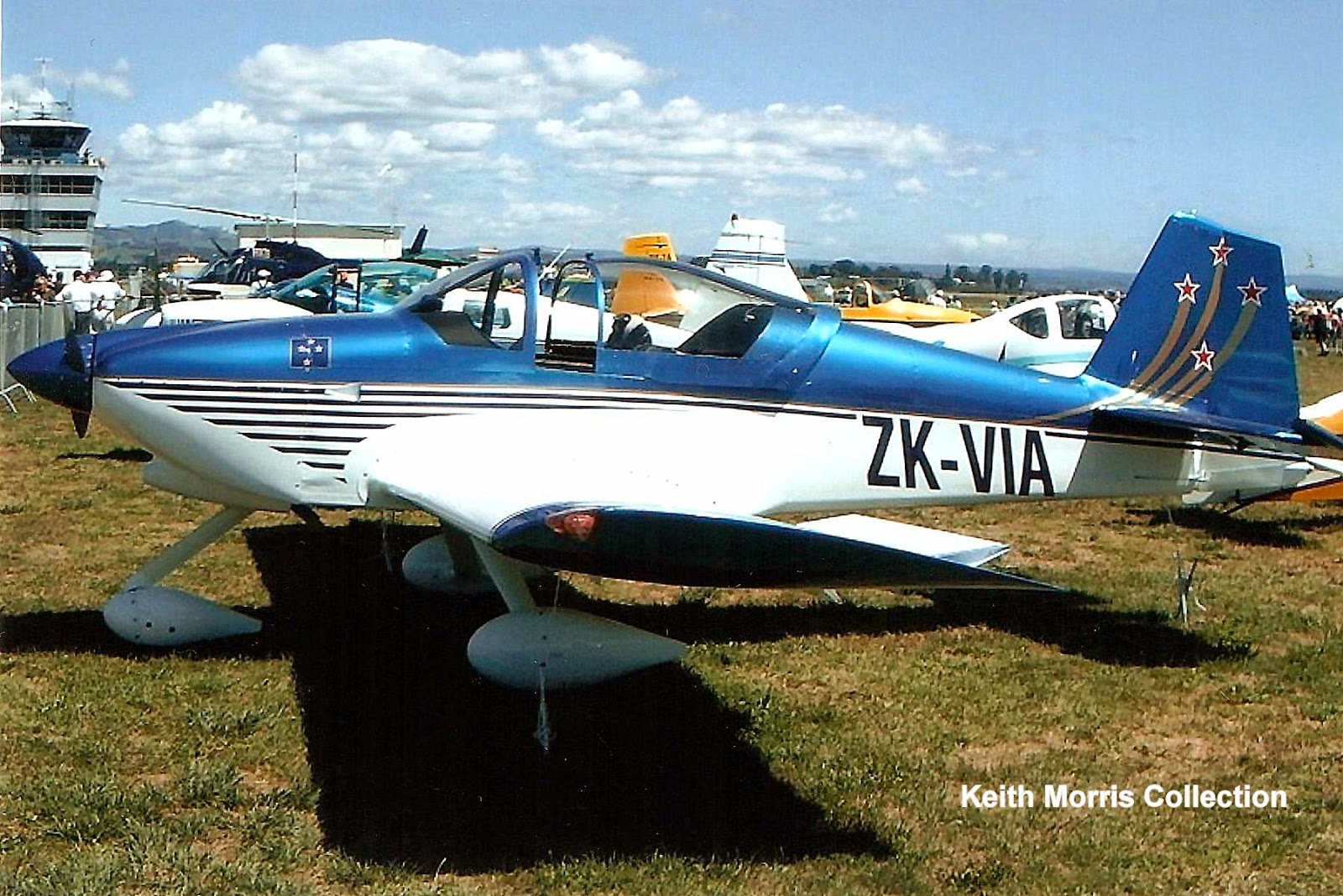 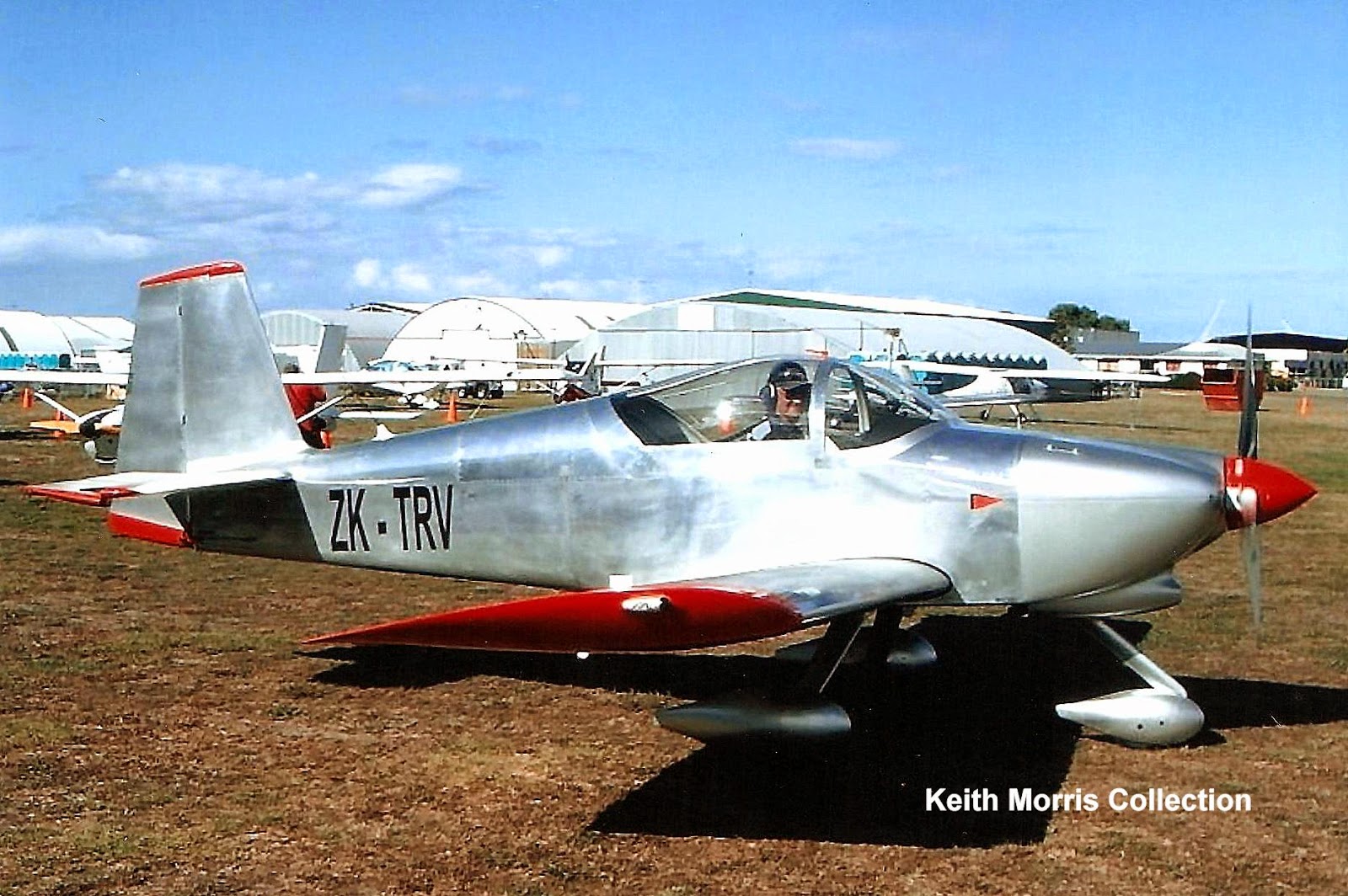 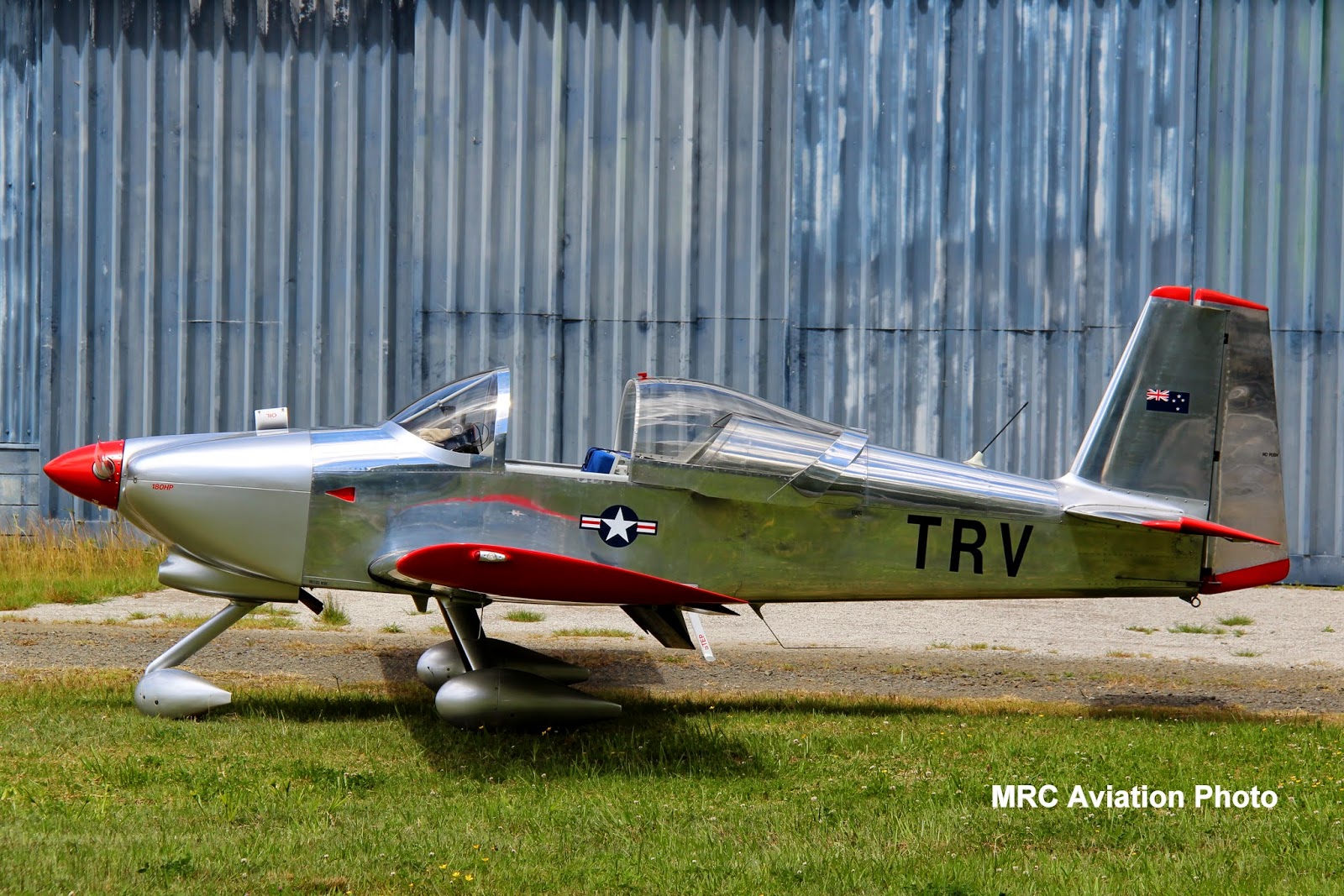 But it was rebuilt and has now acquired a USAAF bar and roundel on the side as in the above photo taken on 1/11/13 at North Shore, where it is now based.  Thanks to Mike condon for the photo.  Ownership transferred on 3/9/13 to the TW and CE Watson Family Trust of North Shore. 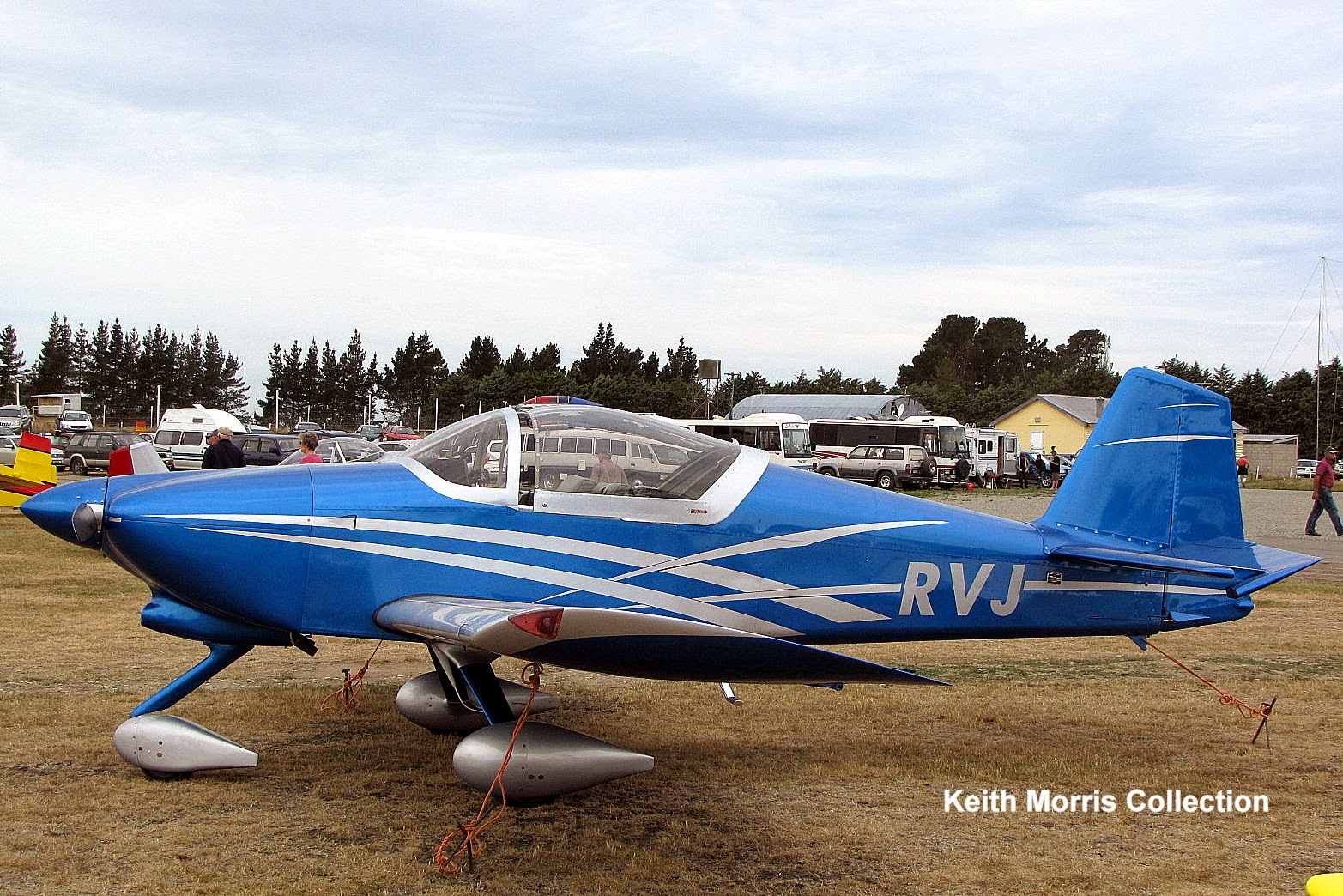 ZK-RVJ (c/n 21273) was built in the USA as N747RV and was imported into New Zealand by Alan Cauldwell of The Copter Shop in Nelson.  It was first registered in New Zealand on 15/4/08, and the above photo was taken at the 2009 SAANZ flyin at Ashburton. 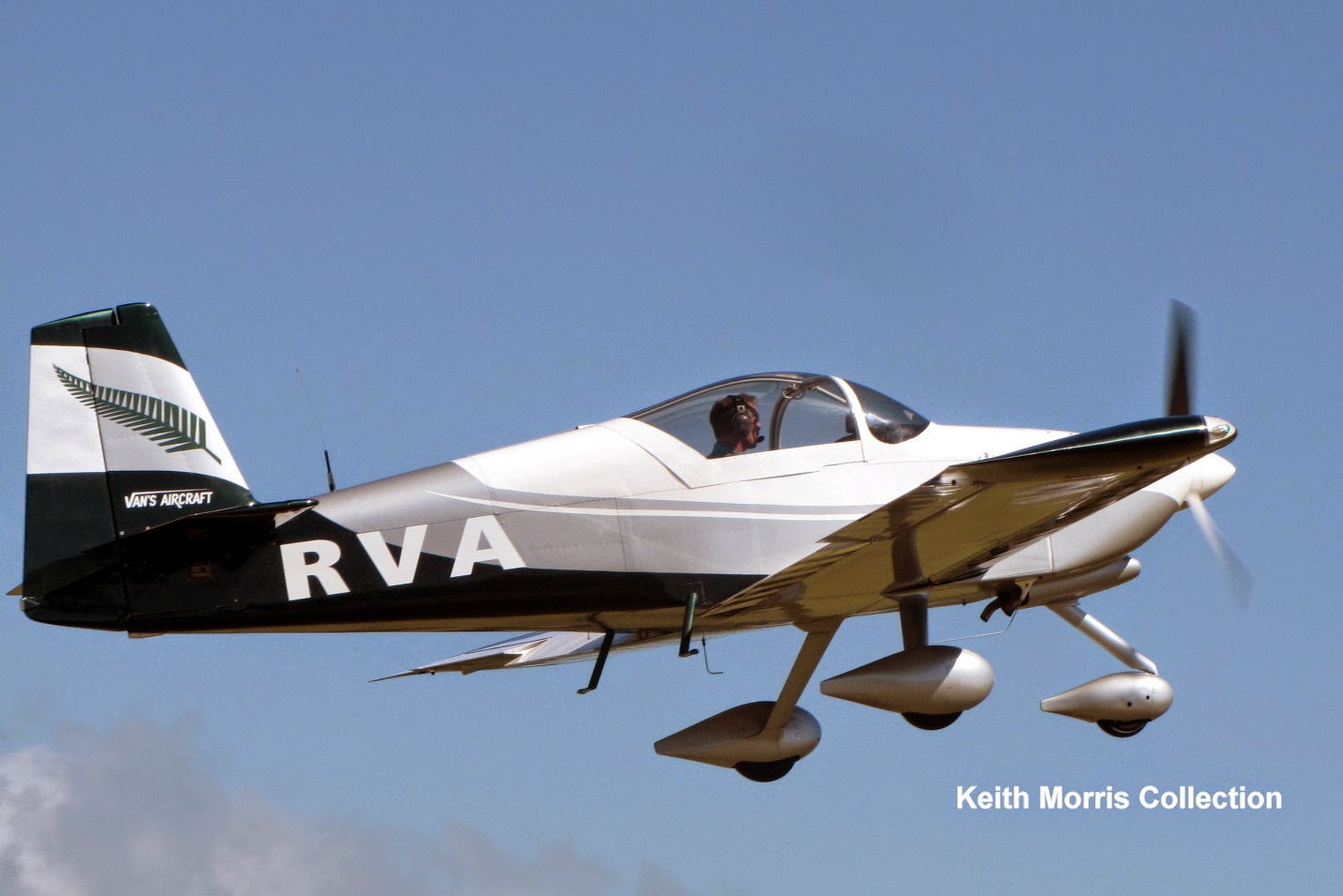 I think it is very likely that we will see more RV 6As on the New Zealand register in the future, despite the RV 6A being superceded by the RV 7A.