For many years after our first Cygnet appeared, I would have thought that the Cygnet would have been another of New Zealand's  unique homebuilt aircraft with only one aircraft extant.  However, as if to remind us that there are all sorts of aircraft being beavered away at across the country, 25 years later our second Cygnet was hatched.

The SF-2A Cygnet was designed by retired airline captain Bert Sisler, and won the EAA outstanding new design award at the EAA flyin at Oshkosh in 1973.  It was originally marketed by Sisler Aircraft of Bloomington, Minnesota.  It is a side by side shoulder wing STOL aircraft constructed with a steel frame fuselage and wooden wings, all fabric covered.  The wings are a little different with the few ribs overlaid with geodesic lattice strips, and they are swept forward to allow the cockpit to be placed as far forward as possible for better visibility. 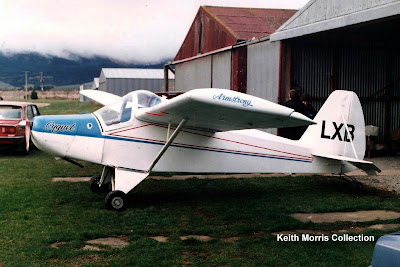 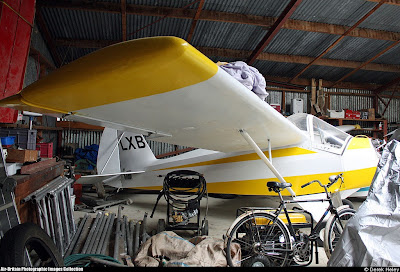 25 years on it is still owned by the Armstrong Family Trust, although it has been repainted as in the above rather cluttered photo in its hangar at Tairei, taken in 2012 by Derek Heley of Air Britain.  Thanks to Derek for use of the photo. 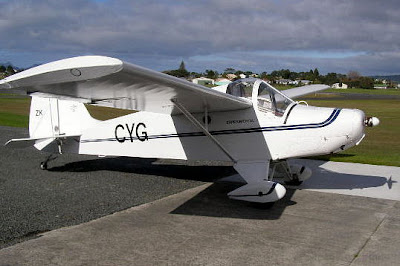 And our surprise second Cygnet is Melvyn Jones' ZK-CYG (c/n 313) which he built at Hikurangi.  ZK-CYG was first registered on 10/5/13 and is registered as a Class 2 microlight.  Mel told me that he had purchased the project from an airline pilot in a partly built state.  It is currently based at Whangarei awaiting test flying. 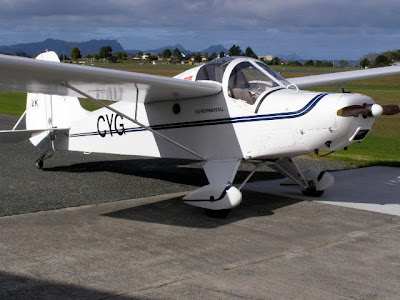 ﻿Thanks very much to Mel Jones and his wife for the above photos.