These first two photos were taken at Hamilton on 19-03-1975 in its Eagle Flying Academy markings.
To those with an enthusiasts leaning - the manufacturers data plate can be seen on the fuselage just forward of the leading edge of the horizontal tailplane. 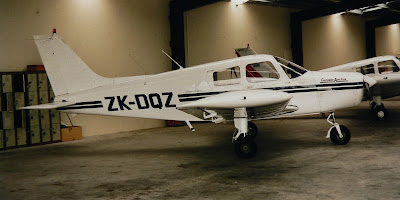 Photograph below was taken at Rangiora on 27-05-2007 in the colour scheme it retained for the remainder of its Club service. 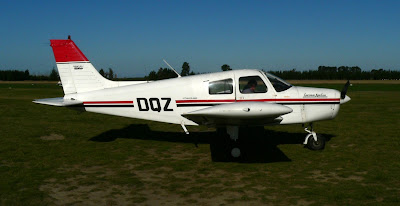 Below is a typical line up outside the Canterbury Club as seen on 08-12-2011 with ZK-DQZ wearing a stray rudder for the occasion. (Compare it with the Archer in the background).
The Alpha ZK-VCF was one of five purchased in 2010 with the intention of them replacing the Cherokee 140's. 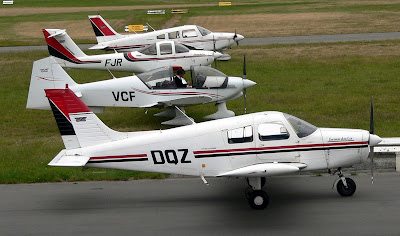 Above - as seen at Christchurch on 20-05-12.
It has now been withdrawn from use with an airframe time of 15229 hours.
This is by far the lowest houred 140 airframe in this collection. 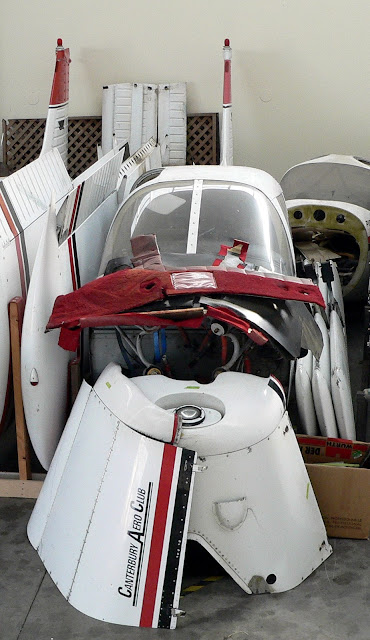