The Cessna 180 (c/n 30612) was allocated the US registration N2312C on the Cessna production line but instead was exported to NZ where it was registered ZK-BEG on 23-12-1953 to Rural Aviation Ltd at New Plymouth. It gained its CofA on 19-02-1954 and took up duties with Airspread Ltd of Tauranga from this same date.

These first two photos which come from the Lou Forhecz collection show ZK-BEG outside the old large World War II hangar at Tauranga wearing Airspread Ltd titles.
Above is I suspect the earlier colour scheme with Company titles on the forward fuselage, and below with titles on the fuselage side. The above photo comes from CMM's fab collection of colour slides and shows ZK-BEG following repairs, outside its Tauranga hangar - minus Company titles and just prior to export to Australia - Date would be late 1962.
It was exported to Australia and was registered as VH-SSQ in February 1963 with Super Spread Aviation Pty Ltd of Melbourne.
The following three shots were taken by Geoff Goodall and are from the Ed Coates collection.
The photo below shows VH-SSQ in May of 1963 in Super Spread titles.

It then went to Robby's Aerial Service Pty Ltd of Parafield from 01-02-1964.
It was then sold to Coondair Pty Ltd of Tintinara who re-registered it in their VH-CD* bloc of registrations as VH CDW2 on 22-10-1965.
Photo below shows VH-CDW2 at Tintinara, SA in September of 1966. 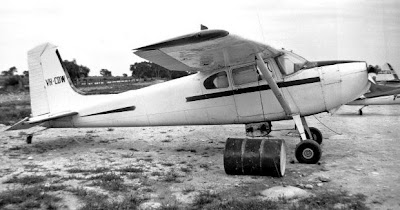 It had a variety of owners (about seven) over the next seven years.
Below it is seen at Northam, WA in May 1970, by now as a 4 seater and owned by GRD Co, a Sydney Company supporting an aerial survey operation in the area.

Below is a later view of VH-CDW seen at Jandakot in February 1971 sporting full GRD titles. 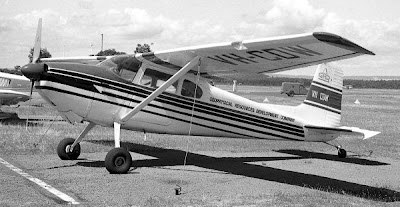 By 12-07-1972 VH-CDW was in the hands of Crop Syndicate Rockhampton but was damaged in a ground loop at Rockhampton on 03-03-1976 and was cancelled from the register on 04-08-1976.
It was later repaired and restored to the Australian register on 12-11-93 with H McKillop of Scone, NSW.
VH-CDW ferried across the Tasman Sea via Lord Howe and Norfolk Islands and reached Auckland on 15-03-1994, was cancelled from the Ozzie register on 17-11-1994 and became ZK-MUZ on the 25th with Murray Trowbridge of Christchurch. 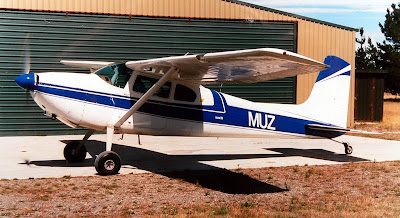 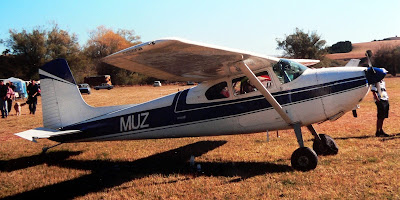