Refuelled at Rangiora and heading home to the Hakataramea Valley was the Cessna 172L ZK-DAW (c/n 17259737). It belongs to the Small's and lives with its bigger cousin, Cessna U206G ZK-EJH 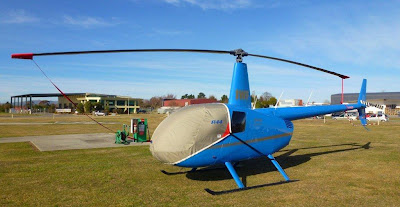 Sitting at Garden City Helicopters was the Robinson R44 Raven 11 ZK-IWF (c/n 13075)
This was originall ZK-IZA with Izard Pacific Aviation before taking up the initials of its new owner Wayne French of Dunedin. Photo from Bargeldo1 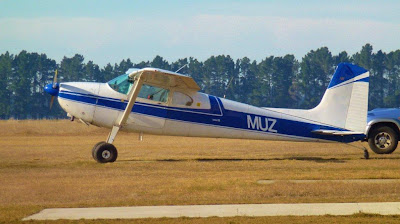 "Between August 2003 and January 2004 Brent Christiansen of Bright East, Victoria, Australia built a Jabiru J400 with a Jabiru 3300 engine and registered it as VH-ZMX on 20-10-2003. It was sold to Alan Warren of Resebery, Northern Territory on 08-054-2010. Alan has recently imported the aircraft into NZ and it has been registered here as ZK-ZMA."
It is currently undergoing its NZ certification at Rangiora.
Posted by Dave Paull at 17:23