Power to the people : I remember when ! 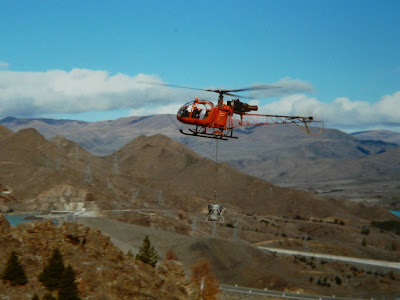 When I was a lad I served me a term
As office boy to a construction firm
I cleaned the trucks and made the tea
and we dug those holes so carfullee
then we filled them up with steel and cement
So now I am the moderator of this blogs comment.
(Loosely based on G and S)

We were based at Kurow in a newly constructed lines camp just to the east of "town" (now a trucking yard) and had been tasked with building the transmission line from Benmore to the Aramoana smelter. 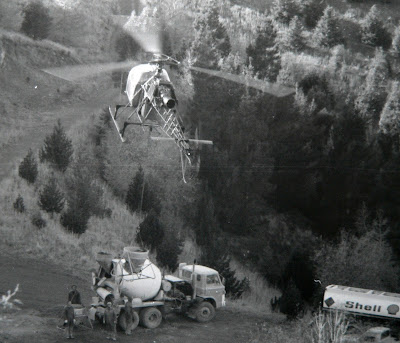 The job was going swimmingly thank you, until some cunning sausage up on "The Hill" canned the smelter. The date was May 1982.

So here are a few pics from the first couple of towers that we erected above the Benmore dam. 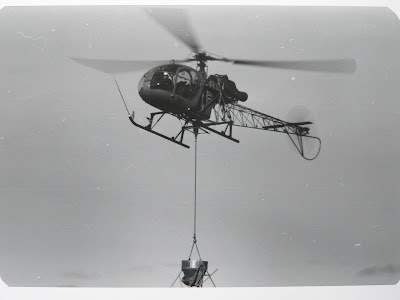 The work horse (apart from myself) was the Helicopters (NZ) Ltd's Aerospatiale SA315B Lama ZK-HNQ c/n 2473. 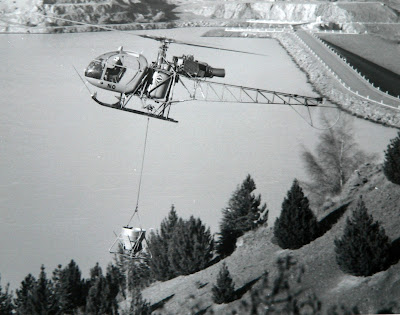 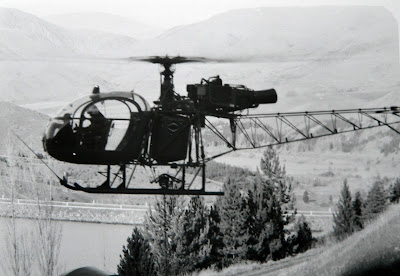 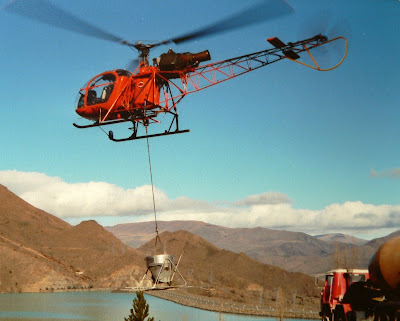 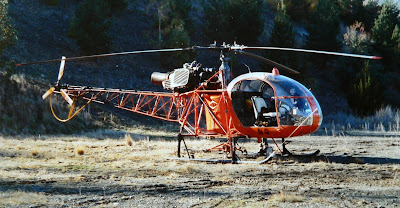 Above. A stop for morning tea time on this ex foggy, frosty Friday forenoon. 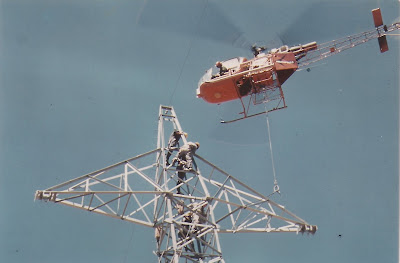 The pic above and below (which prompted this blog) came from Lord Nelson's Shoe box collection and shows the top cross arms being fitted by the riggers using their handy podgers and a lot of blasphemy.
This was at a later date at another site and using a different machine (SA-315B Lama ZK-HDX c/n 2226) with the driver hanging out the other side. 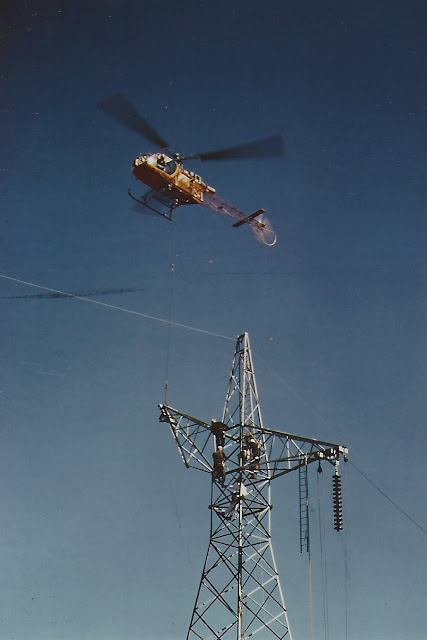 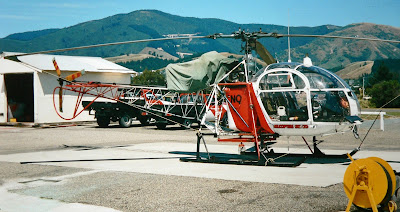 It later damaged its tail end at Quartz Hill on 14-04-1990.
It was cancelled as sold abroad on 02-08-1998 and became PK-TSA with Indonesian Air Transport of Jakarta in April of 1997. There is a rumour that it later went to the Argentine Air Force but I can find no positive proof.