A while back I went on about how I thought that the Bell 47G-4 ZK-HAY had gone to Queenstown at at the end of her flying days to become an entertainment device.See :-
http://nzcivair.blogspot.co.nz/2011/09/bell-47g-zk-hay.html

Well seemingly I was erroneous - as pointed out by Dave Bates who recently sent in a photograph of the said device. Closer examination revealed that this was in fact ZK-HBQ.
Looking at my own pics of ZK-HBQ has produced another shot of her on the counter balanced arm. 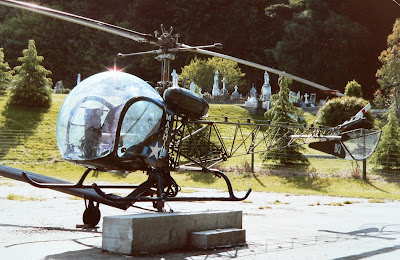 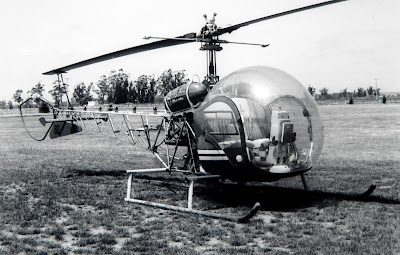 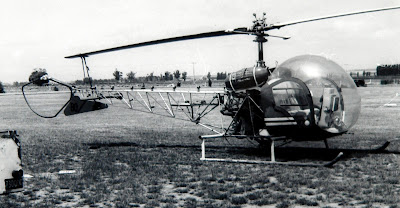 Just after these photos it was damaged in some sort of a sabotage attempt.
Damage couldn't have been too bad because I got another pic of her at Timaru on 09-02-1974 (below). 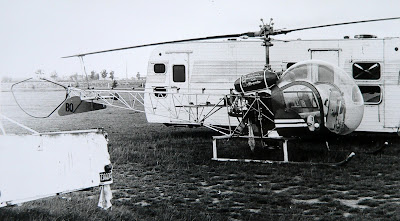 My next note says that it went to Lloyd Helicopters in 1976 as spares.
Purely by chance I spied her at the Skippers Lodge (near Queenstown) on 01-01-1980. 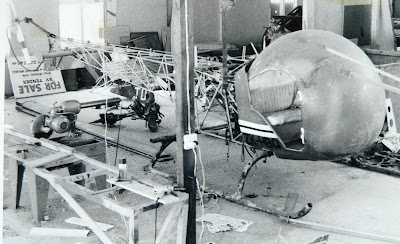 Then I have Colin Robinson listed: with the remains being noted at Timaru in April of 1980.
After this we have the rotating arm arrangement at Queenstown from about late 1980 until around early 1984
Its registration was cancelled on 27-06-1984.
My notes end with the words "Australia ?"