The Percival Proctor was developed from the Vega Gull and the proptotype first flew in October 1939.  It was used as a radio trainer and communications aircraft during WW 2.  The Proctor 5 was a civilianised version that was produced after the war, and 150 were built.  Some have unkindly said that the Proctor was an exercise in how big you could build a 4 seater aircraft. 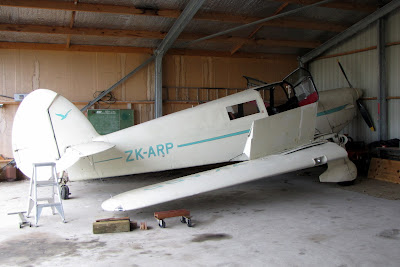 Proctor 5 ZK-ARP seen at North Shore last weekend in its folded form.  It hasn't flown for quite some time. 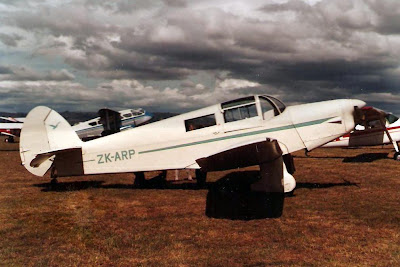 An earlier photo of ZK-ARP can be found in the Ed Coates Collection at:  www.edcoatescollection.com/ac2/NZNZ/ZK-ARP.html

Thanks to Blue Bus for the information.
Posted by Sir Minty at 22:19