Friday at the NZRT pumps 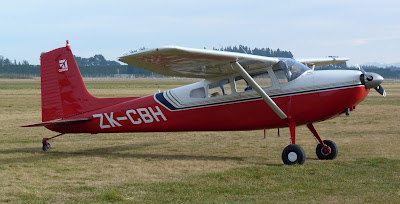 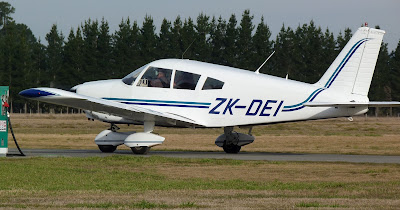 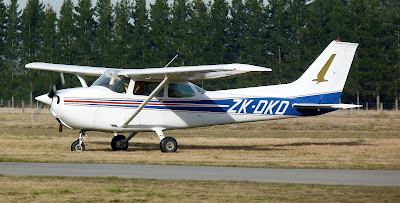 Of similar vintage is this Cessna 172M ZK-DKD (c/n 172-61790). Rex Aviation delivered this one to the South Otago Aero Club in late September of 1973. It has been with Aerial Enterprises Ltd, out of Masterton since about April of 1978. 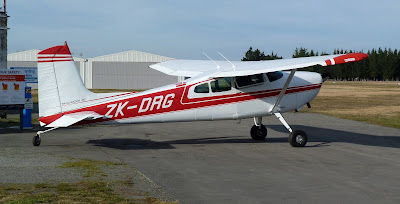 Cessna 180J ZK-DRG is c/n 52463 from the late 1974 production run. After assembly at Rex Aviation it went to Gordon Stewart Ltd of North Canterbury, followed by time with Aerial Work Ltd of Omaka and then into private hands in mid 1981. It is currently with DRG Parnership of Waiuku.

From the Martinborough area comes the Maule M5-210C Lunar Rocket ZK-DVF (c/n 6040C). First listed with Heil-Lift in July of 1974 followed by Southern Alps Air Charter of Makarora in 1977. 82-85 it was with Pam and Ces Collings out northwest of Christchurch, then to the Haliburton's of Tutira. It is currently listed with the Cameron Sutherland Aircraft Syndicate. 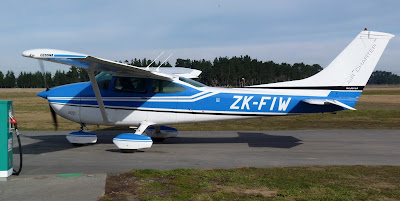 Cessna 182P Skylane ZK-FIW flew into Christchurch ex Pago Pago on 02-07-1984 and became the Bruce Drake gadabout until moving to Mainland Air Services at Momona in October of 1993. It has been with Andrew Smart of Amberley since about April of 1997. It is the AOPA flyin at Omarama this weekend with someting like sixty aircraft expected !

All photos supplied by Allan Bowman.
Posted by Dave Paull at 13:52