NZ Aerial Mapping Ltd was formed at Hasting in 1936 using the Mono Spar ST-25 ZK-AFF.
During World War Two, with the increased demand for their services, the Beechcraft AT-11 Kansan ZK-AHO was added. See blog at  http://nzcivair.blogspot.co.nz/search?q=aho
In the early 1960's came the requirement for greater altitude than what the Kansan could handle so an Aero Commander 680F was ordered. C/n 680F-1289-132 was built as N78395 and arrived in NZ on 19-09-1963 and was registered as ZK-CDK on 01-10-1963 to NZ Lands and Survey Department and NZ Aerial Mapping Co Ltd of Hastings. It was named "Matariki".
Below are a selection of photographs of this aircraft. 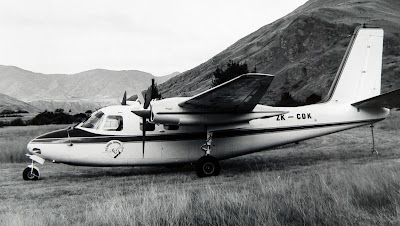 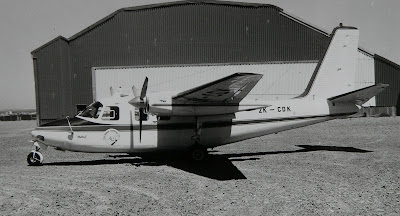 It was captured again at Wellington. This time on 31-12-1973 parked between the Government hangar and the old De Havilland hangar. 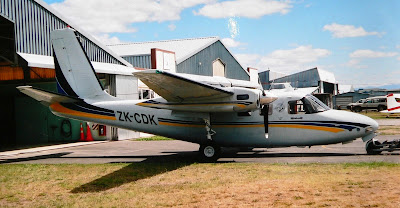 The lower batch of five photographs have been supplied by Nick Furmage and were taken at Hasting in July 2011. 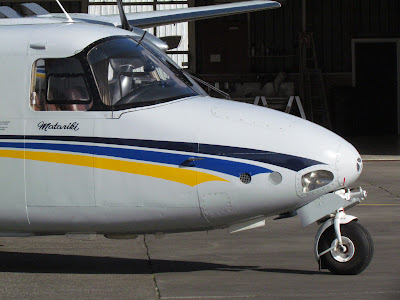 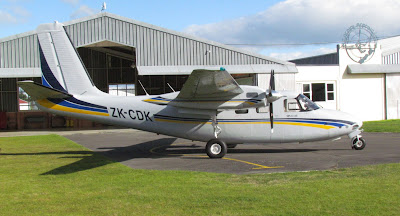 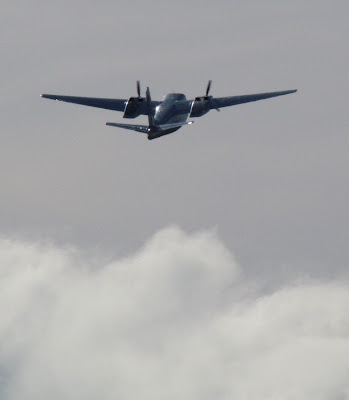