Friendship ZK-BXI to the Chatham Islands.

These first two photographs show ZK-BXI in its early scheme. Above was shot at the Dunedin Momona Airport and the lower view is of it holding at the southern end of Wellingtons runway 34.
Both pics appear to have been taken before dates were invented. 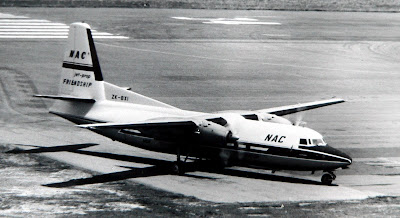 Below is a view of ZK-BXI in its "Godwit" scheme taken at Christchurch in March of 1973. It comes from the CMM collection. 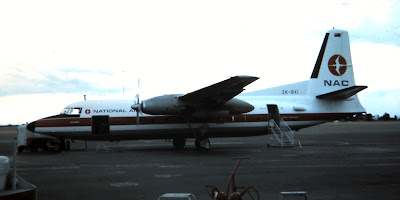 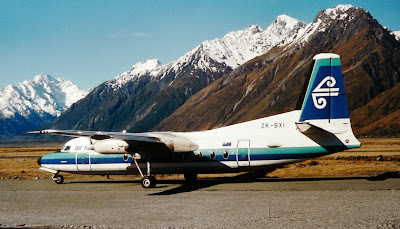 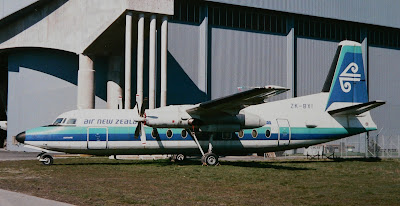 I noted it parked out at Christchurch on 06-11-1992, which is the same date that it was listed to American Aircraft Co of Christchurch. Its NZ registration was cancelled on 12-07-1995.

It then migrated to the Air New Zealand Engineering Training Services hangar and is seen here on 15-03-2010. 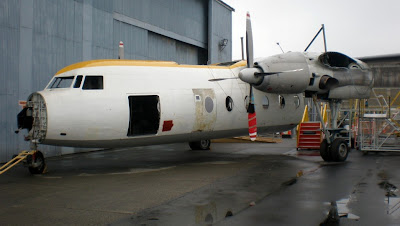 Above is ZK-BXI as seen on 05-05-2012. Photograph is from Paul Drake and is taken outside the hangar, having been removed to make space for the two newly acquired BAe Jetstream aircraft. Also thanks to Paul for the heads up call about the pending dismantling and disposal.
The props, engines and main undercarriage were removed on the 11-07-2012 and the airframe placed on woden cradles.

Above and below. A seen on 13-07-2012
The aircraft is being readied for road transport down to Timaru Harbour to await shipping out to the Chatham Islands for inclusion in the aviation museum being created out there.
Also in this collection will be a significant portion of the airframe of the RNZAF Short Sunderland NZ4111 which was damaged in the lagoon out there many years ago. Also due to be delivered are the Beech Queen Air ZK-CIA2 which has been parked up at Hasting since about 1999, and I believe some Argosy parts are promised.
Posted by Dave Paull at 22:06