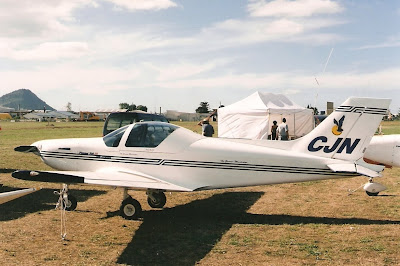 Thanks Mike Condon for your recent photo of Alpi Pioneer 300 ZK-CJO at Ardmore. This was the first time I had seen a photo of it with its current registration. This aircraft c/n NZ 91 was peviously ZK-CJN (1) with Colin James Nagel of The Grange Trust Farm in Masterton, as in the above photo taken at the SAANZ flyin at Tauranga in February 2004. Colin Nagel bought another later model Alpi Pioneer 300 ZK-CJN (2) which he registered on 1 February 2008 and re-registered his old ZK-CJN as ZK-CJO on 24 January 2008. He then sold it to AJC Whitehead of Pauanui Beach on 30 April 2009. 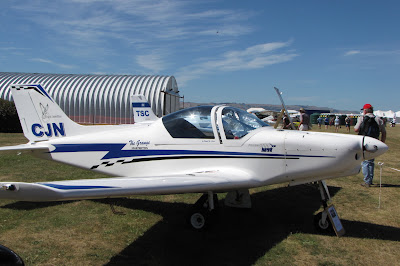