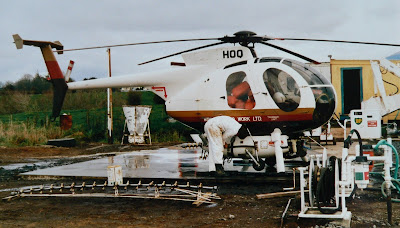 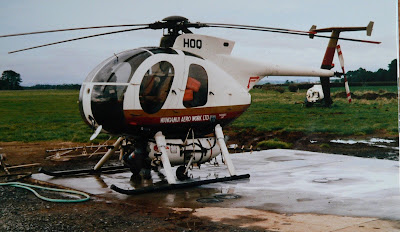 An owner ship change on 01-12-1987 saw it listed to Stichting Marine Services of Auckland for use by Greenpeace Marine Division.
Now the shot out of the shoe box is this one below showing ZK-HOQ at Lake Vanda Station in the Wright Valley, Antarctica whilst it was based aboard the M V Gondwana. I am guessing during the 1989/1990 voyage. 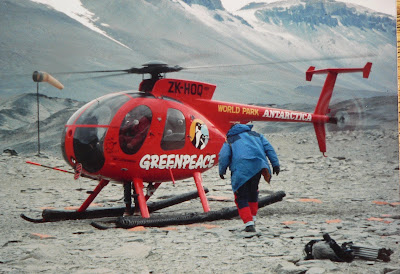 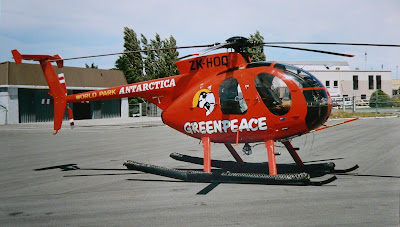 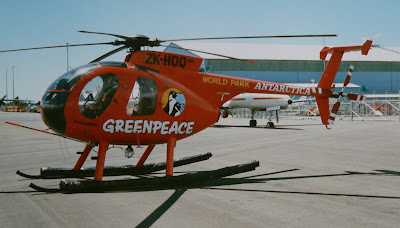 Oceania Helicopters became the proud owners from 20-03-2008 and the last I heard [June 08] about this helicopter was that it was serving aboard the M V Esperanza out of Cairns; Still on Greenpeace duties.
Posted by Dave Paull at 17:43