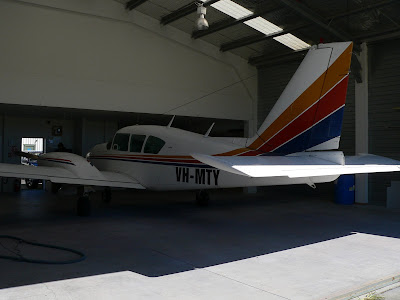 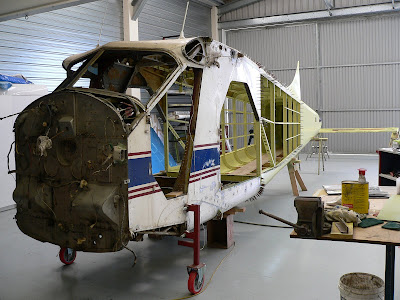 Also at Tauranga on the 13th this DHC-2 Beaver VH-AQA c/n 1467 is under remanufacture by Frank Wright and is looking at becoming ZK-AQA. But it will be a day or two yet. 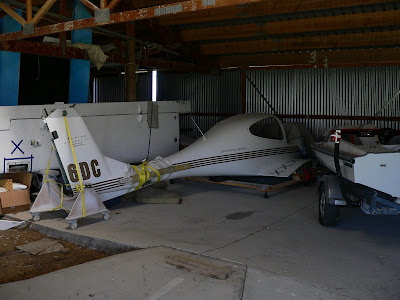 Tucked away in a dark corner of a hangar at Drury is this damaged Diamond DA40 Diamond Star N196DC with c/n 40-373. It was damaged on 10-05-2008 when it veered of the runway and into a ditch during a crosswind landing. Total airframe time is 601 hours. It was cancelled from the US register on 04-08-2008. Obvious damage is forward of the cockit, the wings, and the rear fuselage broken. A great project for some fibreglass whizz's 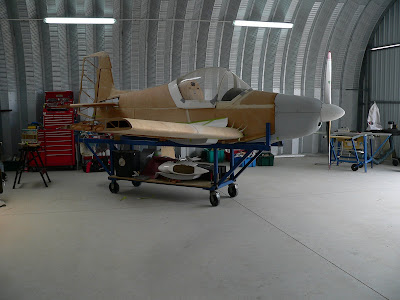 A very interesting Corby Starlet under construction at Rangiora. Norton powered. A real facinating project. More on this one later.
Posted by Dave Paull at 08:42