The sun brings them out. 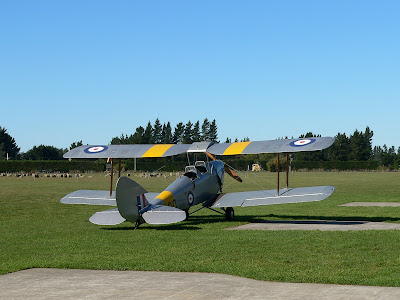 A really nice sunny down Christchurch way had many aircraft outside. Some that don't see the light of day very oft. Above is Tiger ZK-BCO after I had just partaken of my first ever biplane fight. Des Lines was kind enough to take me up from his Swannanoa strip. ZK-BCO is with the BCO syndicate and first flew after its latest rebuild on 31-12-2007. 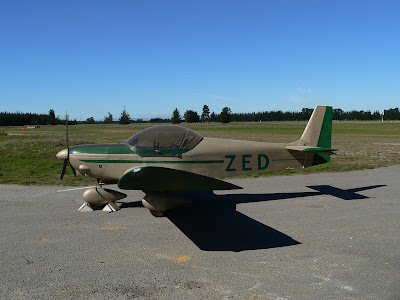 At Rangiora the very dusty Zodiac CH601-HD ZK-ZED, c/n 3897, belonging to Don Free was out :- not to fly but to allow the Cessna 120 ZK-XTX , c/n 11759, out to take to the air. The owner is going to have the exterior tidied up during the coming winter; probably retaining the same general colour scheme (as applied by his father) and thinking about changing the Maule tailwheel back to a Scott model. 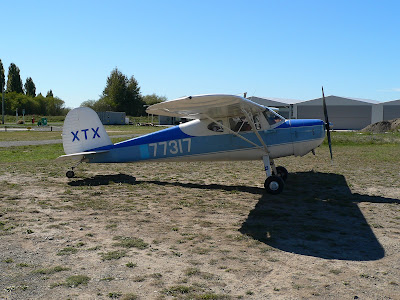 A stranger in our midst was the Pitts S-2A Special ZK-PIT, c/n 2020. Don't know where it came from & don't know where it went ! Last I heard it was at Napier with Sean Husheer, but it was pleasing to see it back down South. 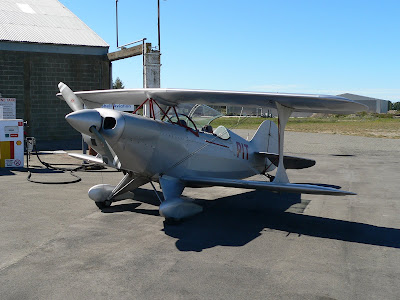 Also exposed to the light for the first time for yonks was the Nostalgair N3 Pup ZK-FSK , c/n NZ001. 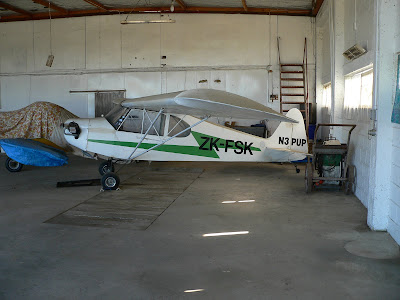 Chipmunks where squirreling about. Don Penniall's DHC-1A1 ZK-CVM2 c/n 34, came out to play and flew away; Whilst Jim Chapman popped in with his -1A1 ZK-ARL, c/n 61 [pic further below]. A third Chipmunk still lurked in Pat Scotters hangar. This was the recently registered ZK-CPY2. [See earlier blog on this one]. 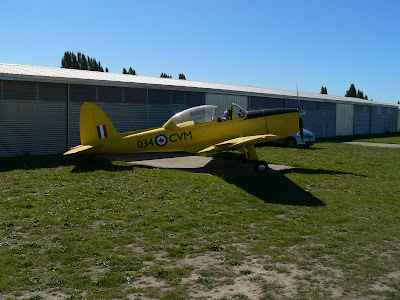 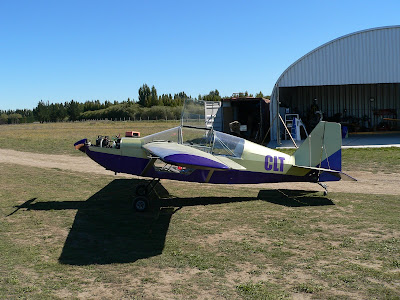 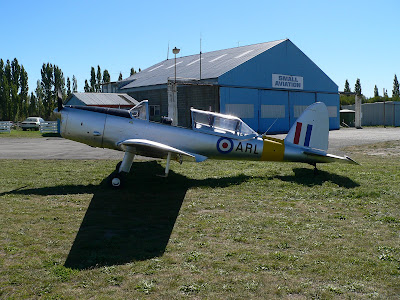 The rough part about the whole afternoon was when Jim Chapman jumped down out of his Chipmumk and thinking that I was Greaybeard !!
Posted by Dave Paull at 20:50