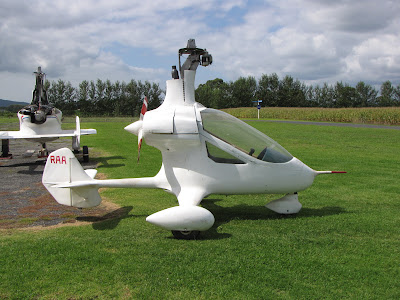 A trip to Ardmore this afternoon produced a neat unexpected result when I met Ken Olsen who has a whole lot of gyroplanes in his hangar. I have never seen this hangar open before, and it doesn't look much like a hangar as it only has a door big enough for gyroplanes. Ken was really interesting to talk to about old aeroplanes and people we both knew, he was a pilot for Fieldair flying Beavers for many years until he retired.

His airworthy gyrocopter is the original rotorcraft registered - the Bee gyrocopter originally from Australia, ZK-RAA. Ken said it was originally ZK-HAS but was changed to ZK-RAA when the CAA decided on a special registration block for rotorcraft. I seem to recall seeing this aircraft at Rongotai in the 1960's when it looked similar to a Bensen gyrocopter.

There was also a veritable miscellany of different motors in Ken's gyroplanes ZK-RAA has the original McCullough engine, and has only flown 18 hours. 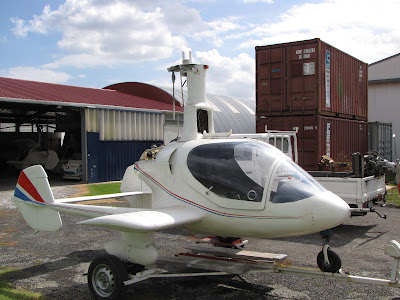 Outside was Ken's latest 2 seat gyrocopter - he calls it a Rotordyne and this one has a turbocharged Mazda 13B rotary engine of 220 HP, which really goes. Ken has been doing taxy trials in the early mornings at Ardmore in this machine. 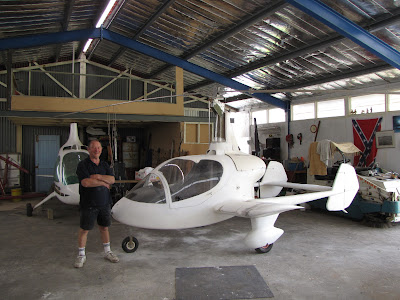 Inside was the second prototype of his Rotordyne, photographed here with Ken. This one has an Israeli Savkil rotary engine, and will be used for further testing. I can't find out anything about the Savkil engine. 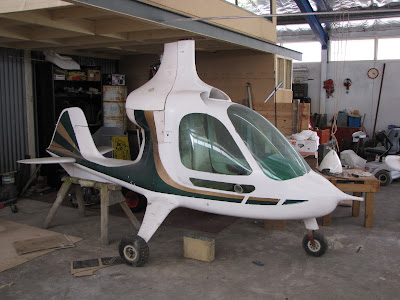 And yet another gyroplane in the hangar was this early prototype with a Godden racing motorcycle engine. 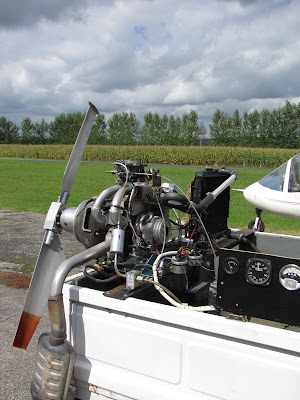 Yet another engine on Ken's test bed outside was a half Mazda rotary engine that he ran up for me. It sounded great. This engine will also be turbocharged and is expected to produce 115 HP.
Altogether a great day!