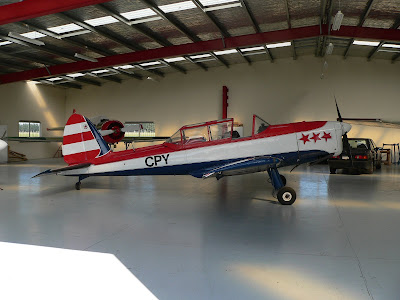 Added to our register on 11-03-2009 for Andy Miller was this De Havilland Canada DHC-1 Chipmunk T10.
ZK-CPY2 is listed with the c/n of DHB-256. This is in fact its fuselage number. Its factory c/n is C1-0389. As such it was delivered to the RAF on 06-06-1951 with the serial of WG304 and is known to have served with the Cambridge University Air Squadron followed a stint with the number 5 Air Experience Flight, also at Cambridge. It was sold off on 07-07-1975 and became N48098 with Win J Donnelly of Denver, Colorado. For reasons unknown (to me) it was cancelled from the US register for a period and was restored in July 1985 with the c/n listed as DHB-256. 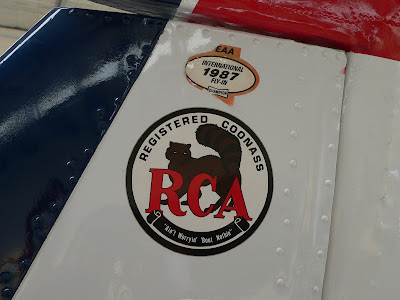 Clad in a somewhat different colour scheme, basically red, white and blue. The upper surface of the wings are in a red and white sun burst pattern (for lack of a better description) from about the spar back with blue leading edge, whilst underneath the wings are all blue with four stars on the right wing and two under the left wing (one on the inner & one on the outer section - Presumably the gap being for the removed full VH-NMX markings). 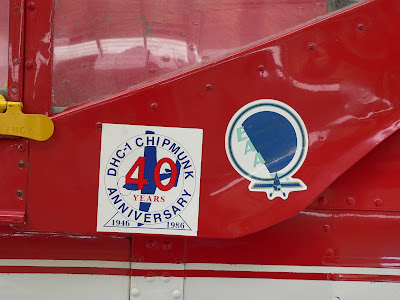 It carrys three patches as depicted above.
Posted by Dave Paull at 17:44