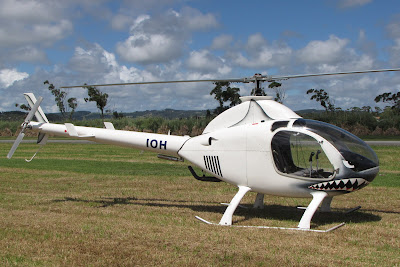 Logan McLean's yearly flyin at Parakai suffered from the bad weather in Auckland on 28 February, but was to go ahead on the altenative rain day, today 1 March. The numbers of aircraft were down over previous years but there were some interesting sport aircraft there nevertheless.

The ones that caught my eye were these 3 different types of homebuilt helicopters. Above is the Rotorway Executive ZK-IOH owned and presumably imported by Lars J Fellman of Helensville, featuring a nice shark scheme. It was previously OH-XOH and was first registered on 26/10/07. 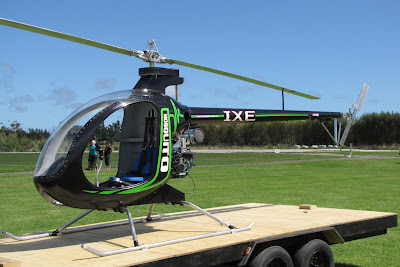 The next is so new it is not even on the NZ Register! It is a Mosquito XE built locally and which is produced by Innovator Technologies of Calgary, Canada. They have a really neat web address - Mosquito Net! (www.mosquito.net.nz). 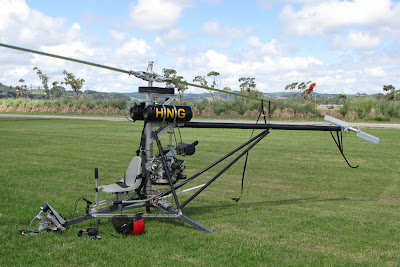 And from the same company is the Mosquito Air XEL built by Oskar Stielau of North Shore, which is a bare bones version of the Mosquito XE, with the same motor. This has been featured previously on this blog but since then it has a new colour scheme - now it has black fuel tanks with yellow registration, whereas previously it had silver tanks with a red registration!