Richard Currie has already posted about the new, as yet unregistered, Tecnam Sierra Mark II ZK-EVE.  However our Tauranga correspondent the Hairy Mole Rat was also on site yesterday to capture two new Tecnams out in the sun: 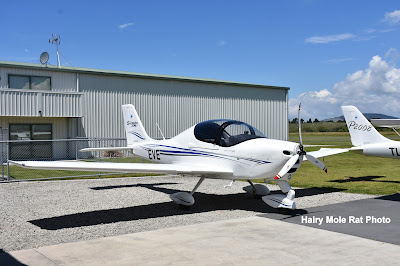 ZK-EVE is our first Mark II version of the P2002 Sierra, which was introduced by Tecnam in December 2016.  The most obvious difference is the new canopy which is somewhat similar to the Tecnam Astore.  I understand that it can be powered by the new Rotax 915 engine of 135 HP, but I am not sure of the engine installed in  ZK-EVE.  It is missing its spinner in the above photo. 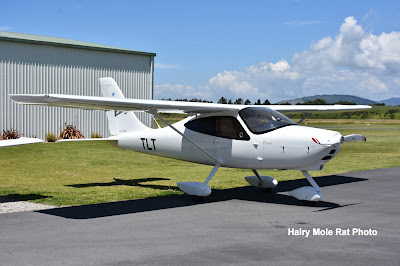