As well as the Mynah returning home there were a couple of other sport aircraft at Ardmore yesterday.  Both have been posted before but one is in a slightly revised scheme: 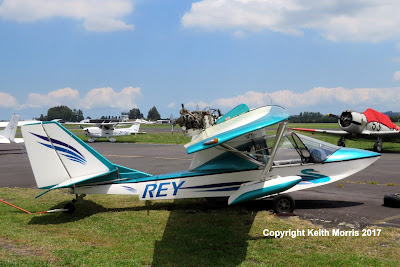 Our original Searey aphibian ZK-REY3 was out in the sun.  It has been owned by Clevedon Aviation Ltd of Papakua (Dave Phillips) since 23/2/11.  I haven't seen it for many years but it is still as it originally appeared in 2001.  This is one of six Seareys that we have had on the New Zealand civil register, as detailed HERE (except for our latest example ZK-SWM). 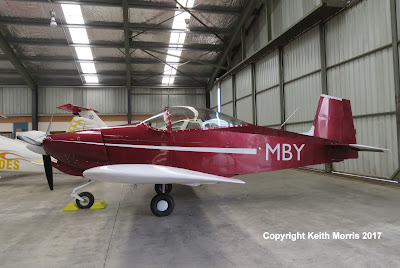 And in the big hangar was Thorp S 18T ZK-MBY, which is now presumably Ardmore based following its change of ownership to the Thorp Syndicate of Auckland on 7/9/17.  It now has a white trim line and revised registration lettering.  It is one of the eight Thorp T18s/S18s that we have had on the register, as detailed HERE